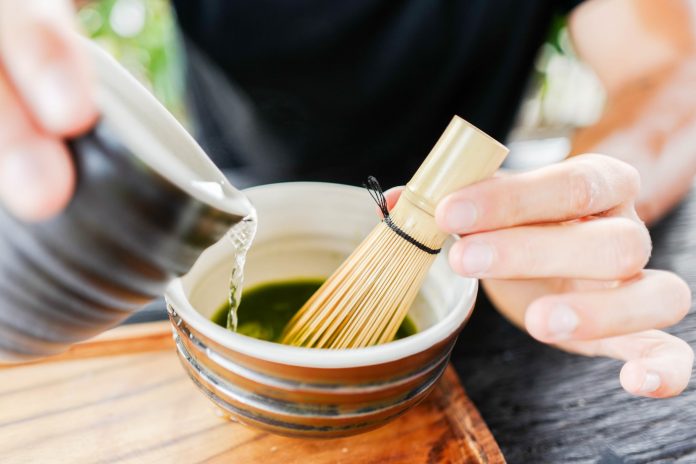 Matcha is a finely ground green tea powder. It’s prepared from a high quality leaf known as tencha. The powder has been famous for playing a big role in Japanese tea ceremonies for the last 900 years. It was known for its health benefits and its powers to increase concentration and enhance metabolism. Nowadays it has become more popular and more of its powers are being discovered.

WHY YOU SHOULD BECOME A MATCHA LOVER

Here are some reasons why everyone should add a daily doses of matcha in their diet!

ITS PACKED WITH ANTIOXIDANTS

Matcha is full of antioxidants including the powerful catechin EGCg. In fact, one cup of matcha tea has as much antioxidants as 10 cups of brewed green tea.

Matcha is found to be a very powerful detoxifier and is capable of naturally decreasing the level of chemical toxins and heavy metals from your body. This high antitoxin level is formed by its special way of harvesting. Its in the last three weeks before harvesting where the leaves will be covered, preventing sunlight to get through. This creates an increase of chlorophyll production in the growing process of the leaves! Which is found to be the detoxifying element!

Matcha is rich in L-Theanine. This amino acid has a calming and relaxing effect on both your body and mind.

The amino acid found in matcha named L-Theanine creates alpha waves. These lead to a state of relaxed alertness within your brain. It may also help improve memory and learning. The L-Theanine levels in matcha are five times higher then found in normal green tea.

Matcha reduces levels of triglycerides as well as the ‘bad’ LDL cholesterol levels. Its due to it improving your cholesterol and blood sugar that it helps decrease the risk of heart disease.

The amino acid named L-Theaninecan and the combination of other nutrients found in matcha gives you a boost of energy! The slow release of energy can leave you feeling energised for up to six hours after consuming. Unlike coffee which releases energy in more of kick form leaving you feel energised for only about 1-1.30 hours.

According to some studies matcha could prevent liver damage and decrease the risk of liver disease.

Matcha helps reduce levels of cholesterol, triglycerides and hepatic glucose content, which is to be found in people who are diabetic.

The high level of epigallocatechin gallate (EGCG) found in matcha is effective in helping to fight against several fungus and bacterial infections.

Matcha tea contains a special potent class of antioxidant known as catechins. This antioxidant can only be found in Matcha and not in any other foods. In particular, the catechin EGCg (epigallocatechin gallate) provides cancer-fighting properties. Studies found that it helps reducing the risk of developing cancers such as colorectal and bladder cancer.

BUT LETS NOT OVER DO IT

1-2 teaspoons of matcha daily is the perfect amount to be adding to your diet!

Consuming way too much of this magical green powder can give side effects. This is due to its high antioxidant level which can decrease lead contamination, iron absorption and may lead to liver damage.

HERE ARE SOME OF MY FAVOURITE WAYS OF GETTING YOUR DAILY DOSES OF MATCHA!

This is the simplest way of drinking some matcha goodness!

Simply add 1 teaspoon of matcha powder in a cup and fill the rest with hot water, mix well.

Add some agave syrup if you prefer it to be a little sweeter!

And there you go! A cup full of naturally matcha goodness! Perfect for a little energy boost in the morning!

Simply add 1-2 teaspoons of powdered matcha to a cup. Fill the cup 1/3 with hot water and 2/3 with hot fluffed up milk – of your choice. I suggest almond or coconut milk! Almond milk will give more of a fluffy and creamy effect, while coconut milk will add a lovely flavour!

Add all ingredients together in a blender and blend until smooth. If you feel that the blend is too thick add a little more milk. You do want the texture to be smooth and in-between scoopable and drinkable.

Add any topping that you may like! Some of my favourites are: