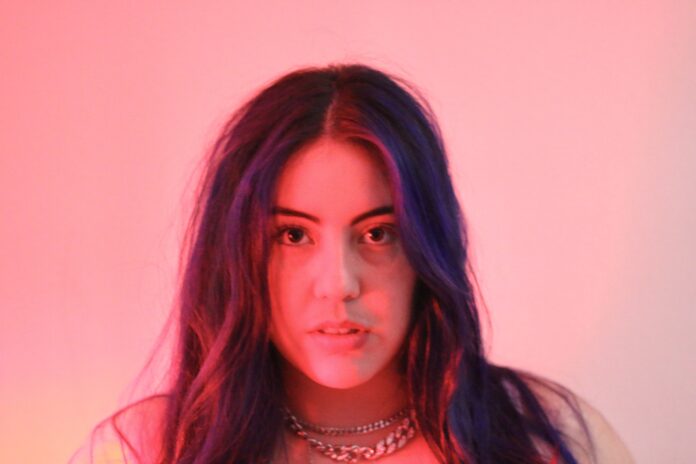 Los Angeles based icon YESLA reveals her strongest single to date, ‘If You Dare’. Influenced by the dramatic vision that alternative rock legends such as Jack White, The Black Keys and Queens of the Stone Age bring to the table, YESLA is a serious contender in the world of alternative rock. Receiving love from Spotify editorials ‘New Music Friday, Rock This, Alt Now, Ultimate Rock Gaming & The Locker, YESLA has over 50,000 streams on Spotify across 3 previous singles. Promising to bring the noise and her own unique songwriting to the table, ‘If You Dare’ was made in the comfort of YESLA’s home studio in Burbank, CA with her close friend and producer JHNY WZDM.

Music was something that I inherently knew I wanted to do for as long as I can remember. I vividly recall my sisters watching MTV videos/ performances in the morning before school & knowing that is what I wanted to do! There is even a home video of me dating back to when I was 2 years old & could barely put sentences together but was still able to seriously perform “Si Tu Te Vas” by Enrique Iglesias.

The writing process definitely varies. Most of the time it begins with me noodling around on the guitar, coming up with a chord progression or a guitar line I am fond of, humming a melody over said guitar line & lastly coming up with lyrics that go well with the melody. Sometimes I come up with a lyric I like, write it down in my handy notes & revisit it when I am in a creative mode. I honestly don’t know where I would be without my notes app & voice memos app.

Studio performing is such a different monster than onstage performing! I absolutely have to envision myself on a darkly lit stage giving an intimate performance to get in the right headspace. It’s all about compacting that huge energy you would give onstage and concentrating it into your vocal take or instrument take.

What comes first lyrics or music?
This just really depends on the day. Sometimes a melody &amp; lyrics come to me at the same time or I have
to be inspired by something I play on the guitar. Sometimes happenings in the world inspire me as well.

The last track I played on Spotify was “Number 13” by Nothing But Thieves. They are one of my favorite bands of all time and are from the UK!

If I could change anything about the industry, it would definitely be how it’s designed to have people feel that they are never really a part of it. If you are making music, releasing it, & networking, you are a part of the music industry! There is just this staple mentality that the only way you’ve “made it” or are in the industry is if you have a record deal or a manager and I feel that is just not true! It would benefit everyone if it was more inclusive.

If I could collaborate with any person, it would have to be Mark Ronson. I just love and admire his writing and production style. He has touched so many different genres but gives his Mark Ronson flare that is just incomparable. I think we would make some amazing records together.

The BEST advice I have ever been given is to stop seeking validation from others. This goes for both music and life. No one has everything all figured out and we are all on this continuous journey to learn more so stop looking for validation and just enjoy the ride.

Over? This Journey has just begun. You will be hearing a lot more from me this year. I have a couple other singles lined up for the rest of the year as well as live performances coming to you very soon so be on the lookout.

You can find out more &amp; all things YESLA on my website: imyesla.com
Or by following me on my social media: @imyesla

“If You Dare” is a sleazy but fierce record filled with dirty guitars that takes you on a journey. This single is the misfit anthem. A battle cry of the wallflower. This is for the person who is constantly held back by pressure to fit a societal “Norm”. For as long as I can remember, people have wanted me to be something I’m not or would burden me with ideas of who they think I should be. I wrote this song as an ode to finally realizing my full potential, getting out of my own way & owning my authentic self.