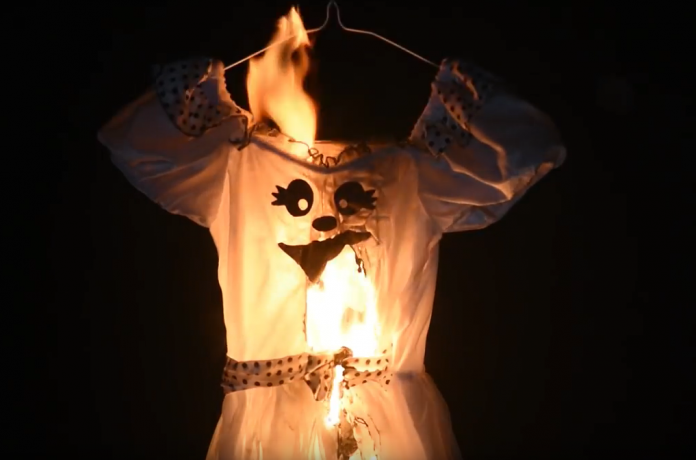 Parents are being urged get fire safety savvy this Halloween to protect children from the dangers caused by naked flames and fancy dress costumes.

Rochdale Borough Council is warning parents that if the correct safety procedures aren’t followed, children wearing fancy dress costumes could be engulfed in flames and face serious injury – in as little as nine seconds.

To avoid children being seriously injured residents are being advised to swap naked flame candles for LED equivalents in pumpkin lanterns and to check that their children’s costumes meet safety regulations.

Children’s fancy dress costumes are currently classed as toys and are not subject to the same strict fire regulation testing as everyday clothing. However, they must still be labelled with a ‘CE’ mark, which means they meet toy safety regulations and should burn at a rate that will allow a child to get out of it before a serious injury occurs.

It is important that only costumes that display the CE mark are purchased and any that don’t are reported.

The Treacle campaign has also issued the following advice to help people stay safe from fire hazards this autumn:

Councillor Janet Emsley, Rochdale Borough Council’s cabinet member for neighbourhoods, community and culture, said: “Halloween is a time for fun frights but we don’t want any real scares. Using battery-powered lights instead of candles and checking costumes for the CE label before buying them is really important because it will help protect our children from serious harm.

It’s important that we always remember if clothing does catch fire to stay calm, stop, drop and roll.”

Safety concerns about children’s’ fancy dress costumes without the CE marking can be reported to the national Citizens Advice consumer helpline on 03454 04 05 06.