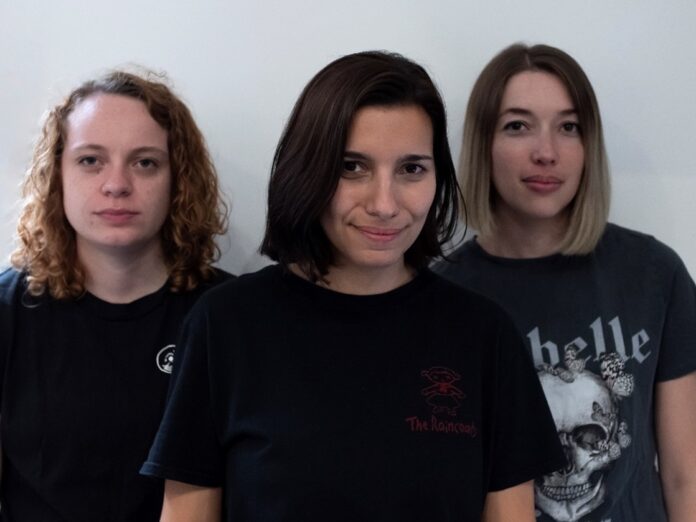 Following the digital release of new single ‘The Expert’, BERRIES announce the release of a double A side flexi disc with ‘The Expert’ backed with a cover of a track by one of their biggest influences. ‘Dance Song ‘97’ was originally taken from Sleater-Kinney’s Dig Me Out.

The band’s cover comes as a celebration of legendary label Kill Rock Stars’ 30th anniversary and is the 32nd song on the digital only releaser Stars Rock Kill (Rock Stars), a celebratory compilation in which 40 bands/artists from around the world will cover tracks from KRS’ extensive catalogue.

Speaking on their involvement with the compilation, BERRIES say: “It was such a big moment for us when Kill Rock stars asked if we would like to record a cover for their 30th anniversary. We are so excited to have the opportunity. They have launched so many of our favourite band’s careers including Sleater-Kinney, who have always been such a huge inspiration.”

Three minutes of Berries trademark off kilter guitars, softened through a more poppy lens than we’ve come to expect from the three-piece, it’s both true to the originally, while staying true to BERRIES angular and occasionally abrasive nature.

Steadily, BERRIES’ profile has been rising, and it’s not just offstage that the band have impressed. Working regularly with national promoters DHP, recent notable shows include Cherry Glazerr and Porridge Radio at Electric Brixton, Ex Hex at Village Underground and supporting Frank Turner in Liverpool, not to mention a Radio X Live Session for the aforementioned John Kennedy.

And now, BERRIES look set to add to this, with a headline show at The Grace (London) now behind them, as well as a show supporting Frank Turner at Hull Zebedees Yard with label mates Skinny Lister, PET NEEDS and Guise on 3rd September and a slot at Frank Turner’s award-winning festival Lost Evenings IV at Roundhouse, London on September 19th.