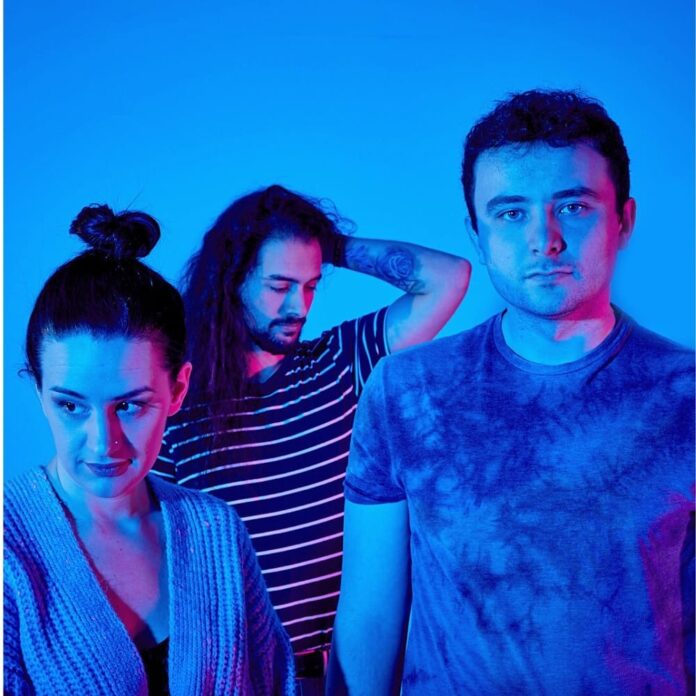 Forget is a dark indie/ alternative rock which clearly takes inspiration from the gothic era of music. Think Joy Division meets Siouxsie Soux and The Banshees whilst taking a detour into grunge. Modern rock influences like Muse and even some older ones like Led Zeppelin can be heard in this mysterious yet alluring track.

Manchester based trio, China Moon have been a staple of the Manchester music scene for almost 2 years. Playing gigs at the likes of The Eagle Inn, Gullivers, The Castle and The Peer Hat. They’ve also played small festivals such as Below The Bridge, and Worcester Music Festival. They were hoping for bigger gig slots and festival appearances this year but they will have to wait until 2021 to reign supreme across Manchester and beyond. With a clear alternative rock sound that has a gothic darkness to it you’re sure to be allured in by China Moon.

Let’s hear what they said when Northern Revive caught up with them:

CM: There’s always been a music maker in me. Music is something that’s always been a big part of my life, my parents are musicians, my dad was in bands, music has been debated at the dinner table, music is always playing, and I think just being around all that passion some of it was infused into me. I remember when I was like 14 and I’d record these awful garageband songs and print out CD’s and give them out to all houses in the area – I sincerely hope one of the CD’s never resurfaces. I was always coming up with song ideas, my phone app is filled with tons of melodies and my laptop is filled with demos that hopefully will never see the light of day.

CM: Each song comes differently. I never want to force a song out of nothing, there has to be some energy there already, a story, a feeling, an atmosphere, something to say. Sometimes Matt will come up with a guitar melody and suddenly the drums and lyrics will just unfold. When writing lyrics and vocal arrangements I try to let it all unfold naturally, if I’m forcing a melody to fit with something, or it’s a struggle to find the words, I know something isn’t right. Music should be organic, I can’t write a song to fit into something, it has to be something that needs to be said.

CM: I met Ellie on an app called Vampr in the summer of 2018 and we met up for a jam in a rehearsal space near salford quays with Matt. Ellie and Matt had already sent some sounds they’d been working on, and they’d heard my music as a solo artist and liked my vibe, so I recorded some vocals to a demo they sent (that eventually became the song She Won’t Go Back To You off our EP ‘Sleep Talking’, it’s our “where it all began” track), we then jammed it out and some other sounds and it was an instant connection. I’d met with a few bands previously and it just didn’t fit, but there was something in the room, some sort of electric magic, and we just knew this was something.

CM: I’ve played Phoenix’s new song Identical on repeat for the past week, it’s the ultimate dance around the house happy song, from the new Sofia Coppola movie ‘On The Rocks’ –  an equally brilliant film starring Bill Murray and Rashida Jones that I’ve seen twice since it was released on Apple TV. I’m also obsessed with Romy’s Lifetime which is the pure joy of music we all need right now. 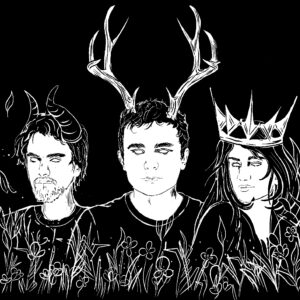 CM: I’m very passionate about representation within the music industry, I think there’s so many groundbreaking artists that are making music and songs for people who often go unrepresented in music. As an LGBTQ+ artist I want to use my voice to create stories that often go untold for so many people.

CM: We cannot wait to get touring again, we’ve been working on lots of new sounds over the past year, and can’t wait to see how a live audience responds to the music we’ve been creating.

CM: One positive that has come from this year is having time that I never usually have. Everything stopped for a while, so it was nice being able to completely focus on writing and creating and making music for a while, and recapture that passion that sometimes can be lost in the noise. There’s a lot going on in the world right now so I think it’s important to use everything we’re feeling creatively, and I think that reflects in our new song Forget that was recorded in August, that feeling of battling demons is incredibly relevant right down with how this year has had an effect on our mental health.

CM: A big way for bands and artists to promote their work is by gigging, building up a community, fans, and honing their craft. This is lost at the moment, and I think there’s a big gap in music makers and music lovers lives right now. Being at a gig or performing at a gig, is electric, it’s a community. Jobs have been lost, long standing venues are closing, and it’s hard to see an end to that right now. We sadly had to cancel our tour promoting our EP ‘Sleep Talking’ due to the pandemic, which would have been a big way for us to celebrate the release as well as hopefully connecting with listeners who we may not be able to reach through online promotion. I believe that the music industry will recover, there will be a bigger demand than ever before for live music, for new talent, for open mic nights, for celebration of music which is a big part of culture, and I cannot wait to get back on the stage to promote some of the music we’ve been working on through this pandemic.

CM: Our new track Forget came out on the 4th of December and I couldn’t be more excited! We recorded at Blueprint Studios in August, which was so amazing to be back in the studio with Ellie and Matt, it felt like a relief to be back recording. We later shot the music video which was so much fun to shoot, it’s moody, atmospheric, but also euphoric and that’s exactly what this song is about. The lyrics came pouring out of me at a moment where I felt like I just needed to get these words out, it’s about escaping your own demons, creating your own destiny. It marks a shift in tone from our previous music, almost a start of the next chapter of China Moon.