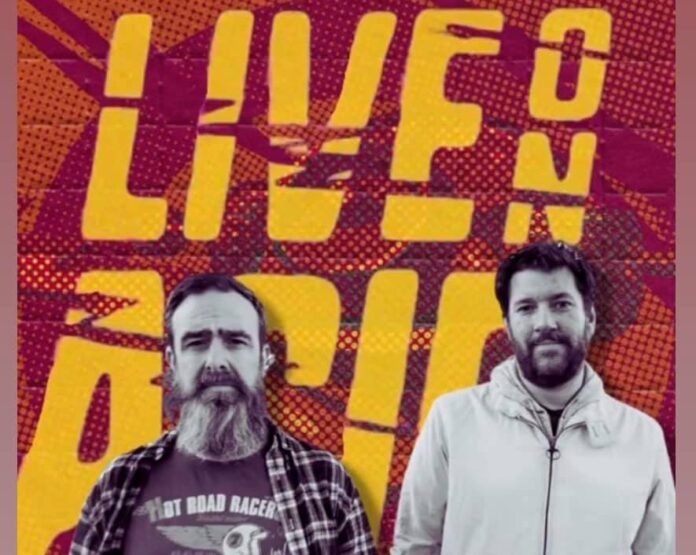 Dance duo Live On Acid release their nostalgic acid house single ‘Disco Evolver’. Live On Acid is made up of Manchester DJ’s Matt and Anthony. They mix together old school acid house sounds with modern dance beats to create something exciting, new and out of this world.

The new single ‘Disco Evolver’ will take you right back to the summer of love with it’s deep house bass lines and euphoric breakdowns. This track is one you could imagine getting down and dirty to in an underground night club. No house party will be complete without it.

Here at Northern Revive we have been fortunate enough to have a chat with Live On Acid and here’s what they said.

Northern Revive: Introduce yourself in less than 10 words.

LOA: [Matt] I’ve always loved electronic music from really early days of hearing Soft Cell and Kraftwerk tracks that my elder sister was listening to on cassette. It seemed natural from there to buy some synthesisers and drum machines and experiment with making those sounds that I was hearing. Then I met Anthony when he moved to Manchester and eventually we both moved from tinkering and jamming with instruments into creating the Live on Acid project.

LOA: [Anthony] A lot of our tracks don’t have lyrics and where they do, they’re sampled, so really we treat any vocal samples or snippets in the same way as we do other elements like synth parts so – long story short – the music!

LOA: [Anthony] Snapped Ankles – Rhythm Is Our Business. I heard it and sent it to Matt and – because he’s much better than me at knowing music – he’d already heard it (and probably even seen them live).

LOA: [Matt] It’s that releasing anything that you’ve made for public consumption – art, music, film, literature – is always a huge step and you’ll have doubts but to trust your instincts and take that leap. So far the reception to our stuff has been great – so that panned out well. 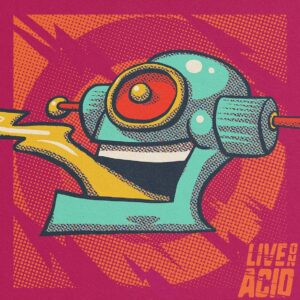 LOA: [Anthony] The Running Man (https://www.instagram.com/runningmanmusic)- I’ve known Doug for years but this is his new project. He’s based in Cardiff and is making some awesome electronic music that’s well worth checking out. Other than that I’ve been enjoying Roughion’s (https://twitter.com/Roughion) latest single Play Piana  (lots of good stuff coming out of Cardiff, is it the Manchester of South Wales???) and Tammy Lakkis’ Notice EP is great too – we’ve both been liking that one.

LOA: [Matt] We’re busy working out what our live set will look and feel like and how it’ll work in practice. Just need to get some bookings for when things open up. In addition to that we’re trying to put together an album for later this year so we’ve been in the studio when we can to create new music.

LOA: [Anthony] I’m hopeful for a return to more, small, local nights in nice bars and venues… powered by local acts and DJs. Getting back to where it is more about the music and feel of a night, rather than the same few international headliners playing everywhere. What worries me is how hard those smaller music venues have been hit over the last 12 months.

LOA: Our debut single Hype/Reality is available everywhere you buy, stream or download music from (including our bandcamp page). Disco Evolver is available to preorder on our Bandcamp with instant access to the “Acid Disco Edit” and then it releases across all digital streaming/download platforms on 9th July.

LOA: Disco Evolver (out 9th July) has a bit of a theme, it explores the virulent (and sometimes violent) anti-disco movement of the late 1970s where the disco scene was considered by some people to be “too black” and “too gay” – but disco really got the last laugh as it morphed into House and Garage and from that into the wealth of dance music out there today. Disco Evolver is a hugely pro-disco track co-opting the sounds of the 1979 “Disco Sucks” rally in Chicago to take back ownership of them and create a modern track that is clearly a direct descendant of those disco records that were destroyed.