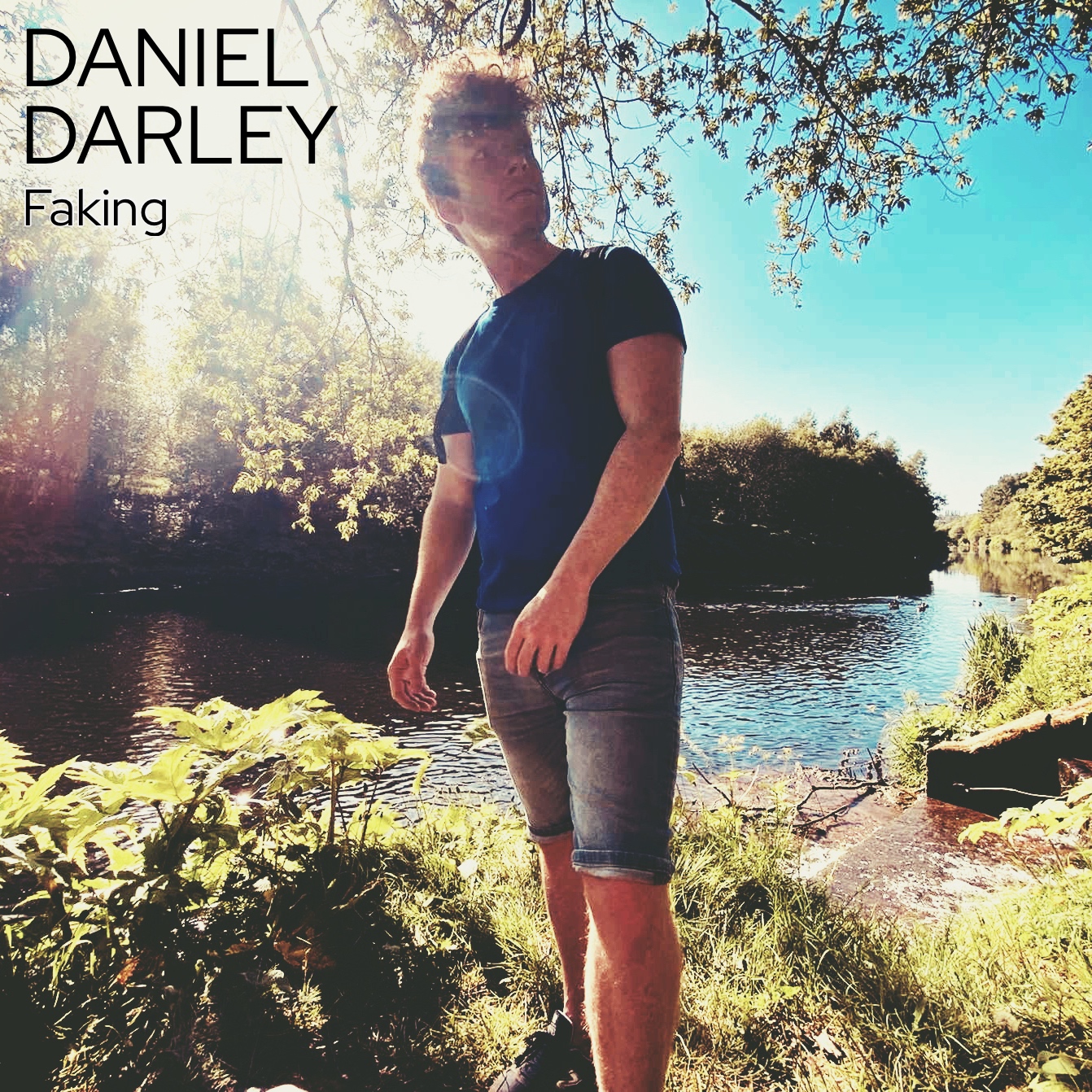 Daniel Darley is a singer-songwriter, producer and multi-instrumentalist from Manchester.

I’m Daniel Darley, a singer-songwriter from Manchester currently working on my debut album.

It’s the thing I’ve always loved the most. I started playing the guitar and writing songs when I was 12 and I just love everything about it. I can remember making early recordings of my songs and it was so exciting. Discovering bands, listening to albums and going to gigs. When you first hear certain songs and they make you feel euphoric and you can’t believe that anyone has ever written something so good. And then trying to work out how you can write like that yourself, to give full expression and form to your own ideas and feelings about the world.

Normally the music. When I’m playing guitar or piano I’ll get an idea, a riff or a chord progression, and then will start singing over the top of it to construct a melody. Often some words will come naturally as I’m doing that and I can finish the song in one sitting. But more usually I have to sit down with the original idea and think a bit more carefully about what it is I want to say with the lyrics and how to structure the song.

Trying to rediscover my inspiration after lockdown. I think like a lot of people, lockdown took the wind out of my sails. I was working on a few projects and lost momentum. At first this was difficult as I felt I’d lost my way completely, but in hindsight I’m glad I had the time to stop and really think about the direction I was heading in, the kind of music I was making and whether that was right for me. In the end this period of introspection really renewed my sense of purpose and gave me the inspiration to start making this new album, which I think is a much clearer and genuine expression of myself.

I guess vinyl. It has the most realistic sound and has an energy and vibrancy you can’t beat. Plus the whole ritual of carefully placing the needle in the groove is pretty satisfying.

Greater exposure for independent and innovative artists. I feel like that has gotten worse not better since the introduction of Spotify. It feels like unless you are prepared to tick certain boxes or are unable to be pigeonholed or easily categorised to fit onto playlists then there’s no place for you. But that’s quite a constraining mindset to have if you want to have a chance at doing anything original. It tends to lead to everything sounding the same.

That it’s more important to be happy with what you’re doing than to play the game of becoming successful by pleasing people and pandering to their taste. That’s not an easy thing to stick to. But I think you have to write the music that gives you the most satisfaction as opposed to trying to be something to other people. That’s the only way you’ll ever be happy with what you create.

Probably Elbow. I think I’d be a good opening act for them, plus I love their music, have met them a few times and we’re from the same part of Manchester.

Pink Bullets by The Shins. It always reminds me of summer.

If you could collaborate with any artist who would it be?

Thom Yorke. I’m a huge fan so it’d be great to have the opportunity to work with him. Or Grizzly Bear. I’ve always loved what they do and they’ve been a big inspiration so again, it’d be interesting to work on something with them as I think our styles are quite similar.

That’s hard to say. Although, recently I played a small acoustic gig at a folk club in Prestwich and it was the first show I’d done since lockdown, and the first one playing all of my new songs. It was amazing to be back playing live again after such a long break and great to be playing my new songs in front of an audience for the first time. So I’m going to say that.

‘Faking’ is the first single I’m releasing from the album. It’s about finding love and the moment you first realise you feel that way about someone. I think melodically it’s one of the best songs I’ve written. The production is quite simple with just guitar and orchestral strings but it really allows the lyrics and vocals to stand out. I was going for a classic acoustic track so I’d say it’s like a meeting between Harvest era Neil Young and Bon Iver.