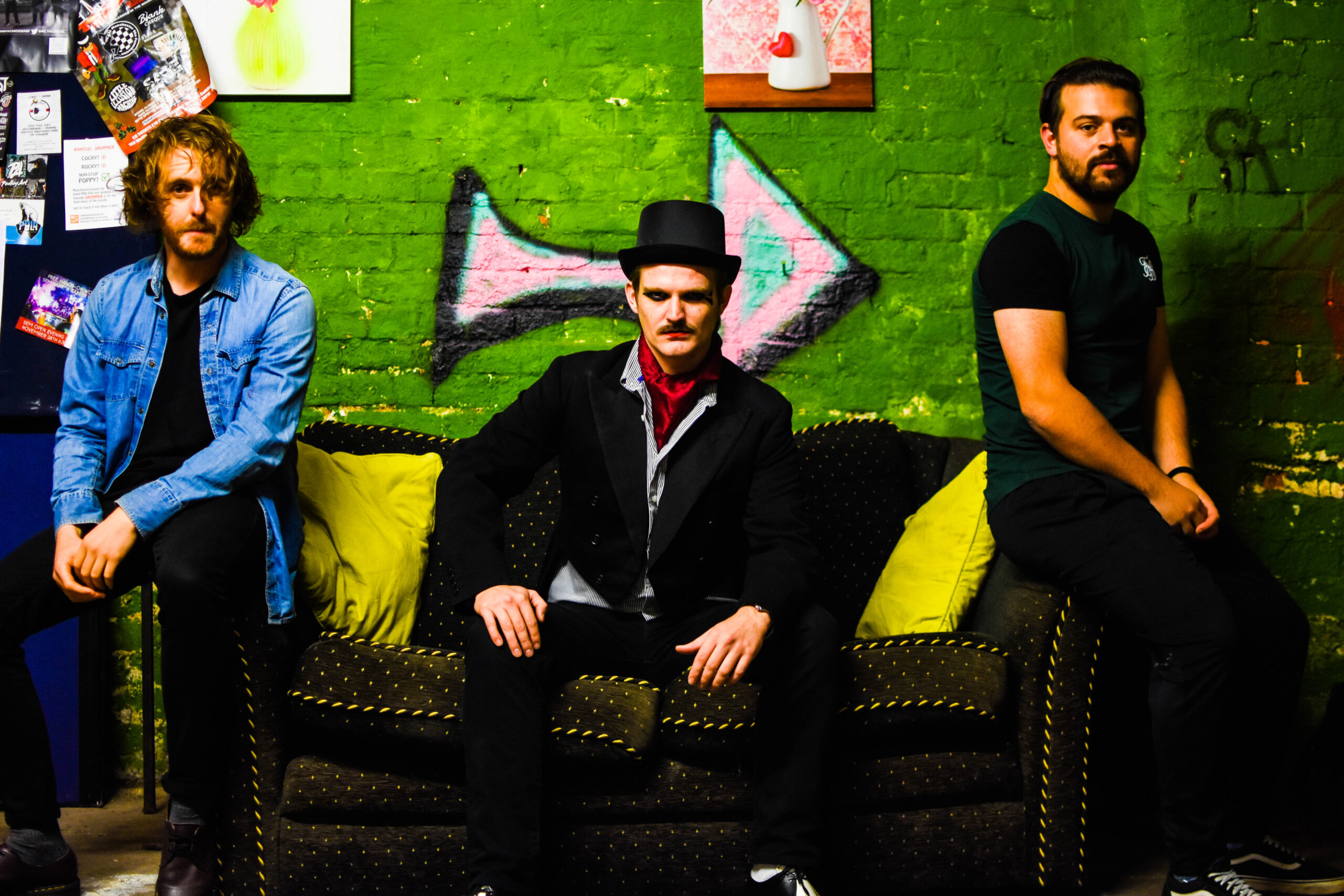 It isn’t always easy, pinpointing the direction in which Dead Cherry cast their stark observations, but their frank views on a fibreboard society, one that continues to wane and bough under the narcissistic pressures of social tyranny, ring true in a year in which nothing has a precedent.

Formed in early 2020, what this Mancunian three-piece lack in political agenda they make up for in chronic disobedience. Taking metaphorical pot shots at capitalists and communists alike, all the while channelling spoken word poetry, motorik krautrock and epoch psychedelia into an explosive and blistering amalgam that can truly be called their own.

Fittingly, their second and latest single ‘C.R.E.E.P’ couldn’t have come from any other band. A jagged and off-kilter descent into dystopia, delivered by way of holding a mirror up to the UK’s current socio-political climate, the band describe it as “our way of processing and dealing with a plethora of political agendas manifested throughout much of the last nine months. From the tactical positioning of frontline workers, dispatched with a clinical nonchalance…to the similarities drawn between mass illegal gatherings and the late 80s acid house raves scene…our country has seen a lot this year and we wanted to fit those numerous observations into prose”