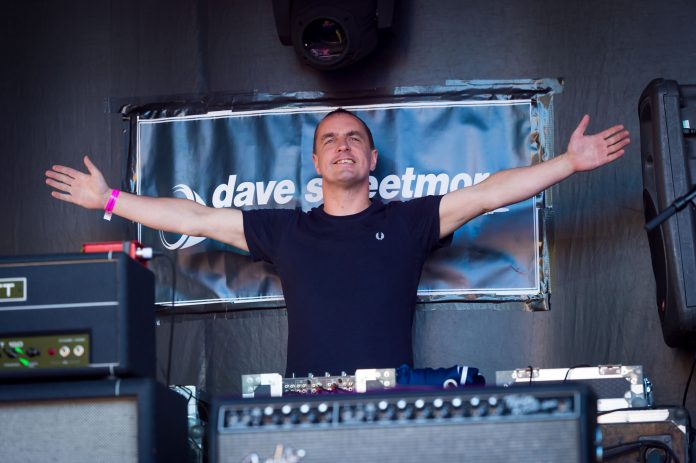 It will be Dave’s ninth appearance at the summer event and he says it will be one of the highlights of his year:

“It’s always a privilege to play this festival in my hometown and every year surpasses the one before which is incredible when you consider how well established this event is.

It’s an honour to be asked back again and it’s always my favourite date in the diary.

I’m proud to be part of such an amazing event in Rochdale, for what has now become one of the best free festivals in the country. It just gets better and better!”

The club, radio, concert and festival DJ is also the stadium announcer at the Crown Oil Arena and is nationally-renowned for his indie tunes.

He’s spent over two decades DJ-ing at venues across the country with residencies at many iconic nightclubs and bars, as well as working with bands including the Happy Mondays, James, Inspiral Carpets, Northside and Cast.

Dave plays a broad range of music including classic Indie, 90s Britpop, Manchester classics, and ‘the best records ever made’.

The festival returns on Saturday 18 August, with another showcase of top-class entertainment, food and culture.

There will be live music across indoor venues, the main stage against the backdrop of the town hall, a quality food and drink court and other entertainment.

Past Feel Good main stage performers include Razorlight, The Fratellis, Scouting for Girls, Fun Lovin’ Criminals, Toploader, The Feeling, The South, Martha Reeves and the Vandellas, Badly Drawn Boy, and The Lightning Seeds.

Another local band will get chance to play the main stage. Last year The Recreation played the biggest gig of their career on the Saturday afternoon.

The Battle of the Bands competition will be launched in April with local acts encouraged to apply to win the coveted slot.

If you would like to get involved with the festival, email events@rochdale.gov.uk