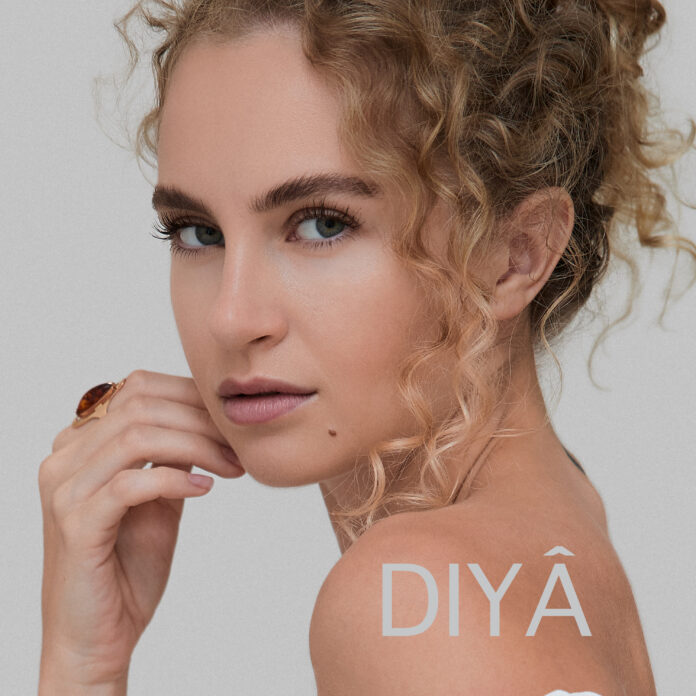 A powerful songwriter that uses music as escapism, the mesmerising new single is best described as ethereal pop with elements of Trance, EDM and Electronica to add a genre-bending persona. Using music to share the most revealing things with the world, DIYÂ is a remarkable artist that oozes star quality. Gaining strong reception from listeners on Spotify/Apple Music, DIYÂ’s tracks have hit over 100,000 streams to date. Previous single “Lost” was featured on 104.7FM in Phoenix, Arizona and continues to turn heads a year after release.

Introduce yourself in less than 10 words
I’m a hard-working, inspired and sincere solo singer.
What made you want to get into music?
My mom was fed up with my singing everywhere and all the time. So, she decided to sign me up for a musical school. After studying there for some time, I realized I really liked it.
How do you transfer that onstage energy to the studio?
To be honest, it’s quite hard for me. I feel much more relaxed and uninhibited on stage. At my home studio I have to record a new song a lot of times until I like it. I’m pretty harsh on myself. When it’s a stage performance your singing is supposed to be not only good, but also sincere. And being sincere is just what I can do the best.
How did you all meet?
I met my sound producer and composer Roman Nepomyashchiy by chance. When I was going to China for work, my manager took me to his studio. It was our first meeting with Roman. But after that we didn’t keep in touch for another four/five years. Next time we met was when I came to his studio with my demo song and since then we’ve been working together.
What other talents do you have?
A lot of my friends say that I’m a good listener. And I do like to listen to them. So, I guess I could be quite a good psychologist.
If you could collaborate with any band/person/producer who would it be?
Kygo. I like about him that he found his own unique music style. He is the one, who made tropical-house a thing. And his music is just filled with positivity, energy and aliveness. I’m actually ready to sing the whole album together with him.
What’s the best advice you’ve ever been given?
To be honest, I don’t really like asking for advice. Because if you follow some advice and then fail, you blame the person, who gave you this advice. But as for me, I like to take my own responsibility for any outcome I have.
What’s in store for you when all this is over?
I can concentrate only on one thing at a time. As soon as I’m done with a new song release, I usually need some time out to recharge. But I push myself to work on something new pretty fast. I don’t usually have an exact plan, I try to have some inspiration.
How are you coping with lockdown?
To tell you the truth, It wasn’t such bad time for me. At first, it was hard to make myself stay home, but then I got used to it and even managed to use this time to create my new EP.
Talk us through the new track/video
My new EP is called “Speak up”. It has 4 songs: “Speak up”, “Ocean”, “Tenderness” and “Follow”. The message of the EP is – Don’t be silent. Express your feelings, don’t hide. There are always people around you who care. A lot. They are ready to listen and help.
Facebook
Twitter
Pinterest
WhatsApp
Linkedin
ReddIt
Email
Print
Telegram
Previous articleThe perfect Summer dish Asian wasabi, Chinese five spice chicken thigh skewers | Revive Magazine
Next articleRising star 96 Zeus reveals ethereal new single ‘Kids’ featuring Michael Kraun