Emerging alternative pop-rock artist Keeper is destined to become the talk of the town with hypnotising new anthem ‘Soul’. 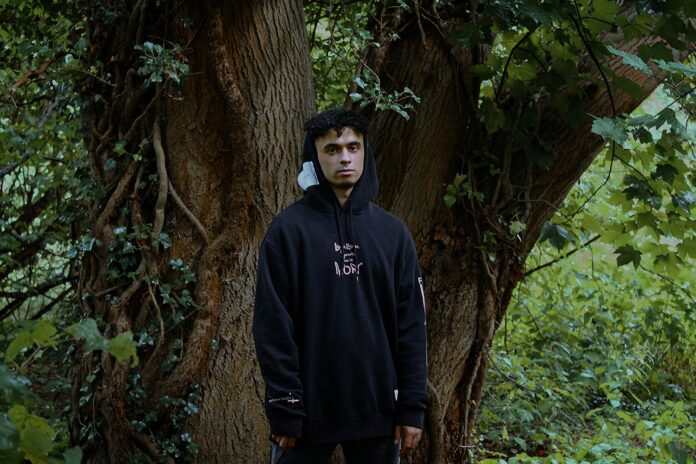 Based in London, Keeper has been described as an ‘artist you need to hear’ by Alternative Press. Having received support from Spotify playlists such as ‘New Pop UK’, ‘Hyper Pop’ and ‘Misfits 2.0’, it’s fair to say that Keeper is turning heads. Drawing inspiration from the likes of pop-punk, emo and hyper-pop music, Keeper could easily find himself supporting the likes of Enter Shikari, Neck Deep, Glaive and Dorian Electra.

If we’re talking just in general, probably bands like Rage Against The Machine and Busted. But career-wise, The moment when I thought, I could do that… Probably watching band documentaries, specifically the Paramore The Final Riot! It made being in a band look soooooo much fun.

Justin Biber “Hold On”. I was never a big fan growing. But his past few albums have been incredible. That bass in Hold on is proper dope.

f you could collaborate with any band / person / producer who would it be?

Alex from All Time Low would be tight. He’s an amazing vocalist and writer. So many absolute bangers from that man.

Just not the word Sod.

Stuff happens, sometimes it’s out of your control, you can keep pushing or stop, it’s entirely your choice, Some things may affect or direct your choice, but that happens.

Not with Keeper, but another band I was in growing up. And when I say Best, I mean, Best in the worst way.

It was a battle of the bands in my local area. My punk band went up. Halfway through the song, our vocalist hit and broke his nose with the mic. Were young as hell, so obviously he runs off in a state. We just stand around on stage waiting for someone to tell us what to do. It was about ten minutes of one of the most awkward experiences of my life. Definitely prepared me for all the awful live experiences that you can get when pursuing music lol

I write lyrical notes here and there. Sometimes they make it into a song. But I’m a guitarist first and foremost, so I always start with the instrumentation first. I can change it later depending on lyrical placement or melody, but that Skeleton of the song needs to be down first before I start writing. I like to have a picture in my head, knowing where the build-ups and climaxes will be and then fitting the lyrics around that.

off the top of my head.

Static Dress is bringing back that mallcore screamo from the earlier 2000’s. They’ve probably got like only 5 tracks out, but each one hits like you wouldn’t believe.

And me mates band As Everything Unfolds is crazy good, check those guys out.

I’d probably be like the demigod of Menoetius with my sheer ability to annoy.

Not spiteful, I don’t like doing mean things. but just annoying things, like moving your phone slightly, so it’s in a different place than where you left it, or making random sounds, beeping like a fire alarm.

Bro, Idk why I do it. for some reason, I find it hilarious.