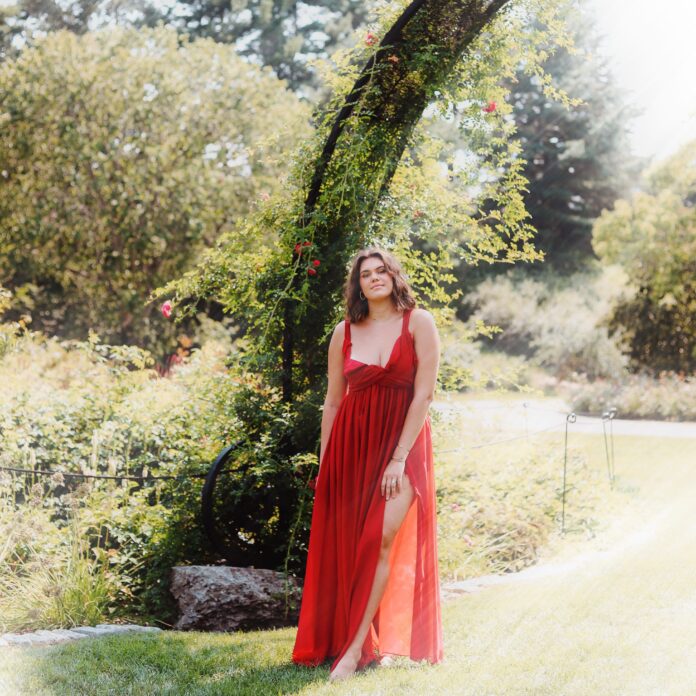 Young singer-songwriter Eva Westphal returns with viral TikTok anthem ‘Things Don’t Fit’. Based in New York City, Eva began writing her own songs at the age of 13. Seven years later, the artist has turned heads across the globe. Though she is classically trained, her transition to pop music has led to various successful gigs, including singing at Fenway Park and Outside the Box Music Festival, as well as being a featured artist on top Boston radio stations such as Mix 104.1 and Country 102.5. Distinguished musicians have commented on her unique voice, with Alicia Keys pointing out Eva’s “pure tone” on The Voice: Snapchat, and Mix 104.1 calling her “one to watch”.

Hii! I’m Eva! I write songs about mental health and being gay. (I promise I tried to keep it under 10…)

Music has always been a big part of my life — my dad made me and my four younger brothers start playing an instrument when we each turned 6 years old, and so that’s when I started playing the violin. I also always sang around the house and I’ve loved performing for as long as I remember, but I remember begging for a guitar for my 13th birthday and that’s when my songwriting really started. I’d written poetry since I was really little, and songwriting became my way of combining my love for music and my love of writing.

Usually, I’ll be walking around or driving or just sitting in my room and a song idea — a melody, a lyric, or a fully formed piece of a song — pops into my head. I usually write it down right then and there, and then keep it in my notes app until I get back to it. I try to write a whole song around that initial idea, but bridges take the longest for me to write… I literally have hundreds of almost complete songs sitting around without bridges.

Usually lyrics, but sometimes music and lyrics come into my mind as a fully formed idea! It’s been rare, but sometimes a melody pops into my mind, independent from words. I have so many pages of little pieces of lyrics that I want to build into a song someday, so when I’m feeling writer’s block, I try to pick out some of those and write a song from old ideas.

I’ve loved all my gigs this year because I’ve gotten to meet the people who listen to my music in person, which has been amazing. But one that stands out is my June gig at The Berlin in the Lower East Side of NYC… it was my first show since the pandemic started, and it felt so amazing to dance around on stage and sing to a full crowd. It’s the best feeling!

That I’m in charge of my life. It really was a game changer — like I can sit around and let life happen to me, or I can take care of myself and follow my heart and work hard and do self care. Obviously it’s not that simple, but it has helped a lot to realize that I’m in the driver’s seat.

What other artists do we need to be checking out right now?

Jackie Marchal, KAIYI (my producer who also makes her own tracks), Brandi Carlile, Kacey
Musgraves, Olivia Klugman, Isabel Pless… there’s so many amazing songwriters of out there, I’m in awe every day.

I’m already bothering my producer about thoughts for my next song… I’m pretty focused on getting “Things Don’t Fit” out there, but after that, I think a love song is next!

This track is about my thought process when I ripped my high school prom dress when I tried it back on almost 5 years later. I talk about this a lot, but I had a couple years where I was very deep in an eating disorder that led me in and out of treatment, in and out of misery and relapse and half-recovery. That was the life I was living at 16, and my life now at 21 could not be more different: I weigh a lot more, but I’m also so so much happier, and I’m finally independent and doing well and in solid recovery. So, long story short, this song is about realizing that it’s actually such a good thing that I ripped my prom dress, because it symbolizes how far I’ve come from the place I was in when I wore it.