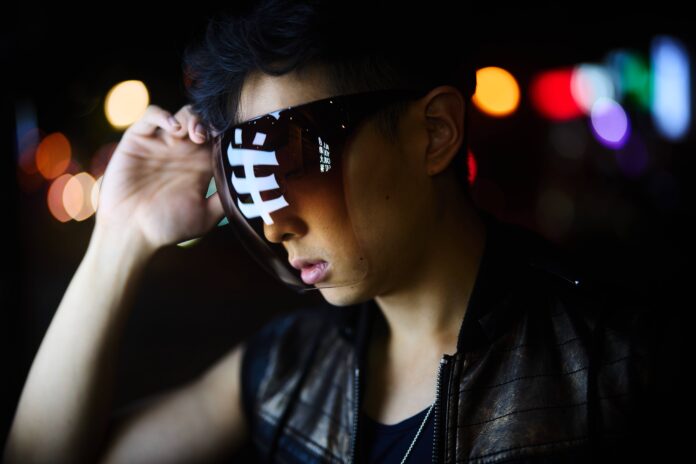 I like to write pretty quickly. Sometimes I have a pre-existing idea for a melody, but usually I like to start with a beat, because that for me is the true backbone of a song. I try to improvise some melodies that I think match the beat well until I settle on something that I think is catchy and memorable. Then, I move onto the lyrics. I usually get ideas for these from my dreams or through meditation. If I have a solid concept, the lyrics all come quickly and effortlessly, but if I’m struggling to put things into words, it usually means my concept isn’t solid enough and I have to start over. Lyrics usually affect the flow and rhythm of your melodies, so the two kind of play off of each other. At this point, the writing process is pretty much done and I can move onto the vocal production.

The studio for me is completely different from any live performance. It’s an intimate experience, especially because I like to record alone. In the studio, it’s just me and the song. Anything I sing or say into the mic is not for any crowd or collaborator, but for the song itself. The song is everything, and that’s where all my energy and focus comes from and goes into. The studio also gives you more freedom to try things out. You can play around more with your voice, and make as many mistakes as you want. All that matters, in the end, is that one perfect take. In that sense, the energy of the studio, while different, has its own advantages.

For me, always the music. Lyrics just don’t come as naturally to me, and I feel like the content and style of lyrics should always match the genre and mood of the song, so I can’t really fathom even coming up with lyrics without some kind of music as the base.

Make exposure more accessible. As an independent artist, it’s a bit frustrating how much money I have to put into promotion in order to get just a few hundred streams. At this point, all independent artists have equal access to music distribution, and it’s great that that process has become so democratized. The problem is that now there’s just so much music being distributed every day, all varying in levels of quality, that people don’t even want to look through it, and rightfully so. They (and I) would rather stick to what we know, like radio stations, big playlists, and apps like TikTok. It’s much easier to consume music from a curated source, but we don’t have enough those that represent small artists like us and also have clout. The infrastructure of music consumption as it is now leaves artists without big budgets in the dark.

Love yourself. And if you think that’s corny or cliché, then you’re not truly grasping the essence of what it means. The greatest gift you can give yourself is self-love. It will steer you through life, solve your biggest problems, and bring you true happiness.

I’m going to try to tour as much as I can in Latin America, where I’m currently based. I already have some shows lined up for Mexico and Colombia. It’s just about keeping the momentum going and building up an audience here over social media.

I grew up in a small suburb near Philadelphia, and most people there listened to indie, folk, and alternative rock. Pretty much everyone worshipped the Beatles and all the singers wanted to be like Jack Johnson, Michael Bublé, or Fiona Apple. Actually, the band Marian Hill went to the same high school as me. I also went to college in Manhattan, where there’s pretty much a little bit of everything, and I lived for a few years in Seoul, South Korea, which was the same case. In Seoul, I unforunately couldn’t experience too much of the music scene due to the virus, but usually you’d find plenty of buskers on the street singing covers, and a lot of people were into the K-hiphop sound of Jay Park