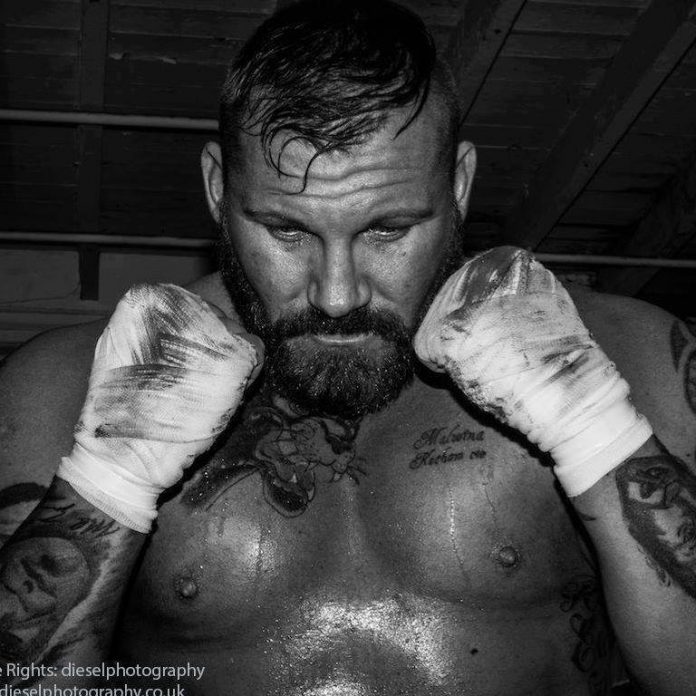 From the Gutter to Becoming the Guvnor, My story started as a bullied kid.

Scared to fight and not having the bottle, I overcame that and smashed my way through them to start and Ten-year drug habit that nearly took me to the brink of death, bare-knuckle fighting followed and Two titles Movie rolls and An autobiography called the prizefighter.

All of this success from nothing while fighting my demons depression and anxiety took over my life but having that focus and goal to be someone.

The fighting is the easy part, Fighting life and my mind is the hardest.

Listen to the words it gives you goosebumps. 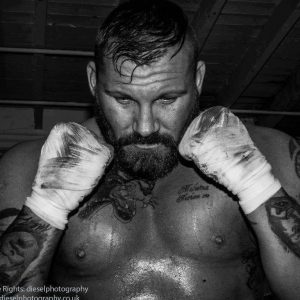 We got the chance to ask a few questions about his outstanding performance in a career he would never have thought possible ten years ago.

What was the turning point in your life that made you decide to change from being who you were to who you are now?
The turning point in my life came when I nearly died of a cocaine overdose in 2013, I was a drug addict for ten years, I was a selfish man and put my family through hell, drugs make you someone else, they destroy you, I finally see what I was putting my family through so I changed my life..

How do you feel about the past when you look back at the man you used to be? I looked back at my history and was disgusted in my self, the way I conducted my self, disrespectful.

I was never a bully though, and I never looked for trouble, the man I was is not the man I am today. My past haunts me until this day, bullying and drug abuse lead to depression and anxiety which I still have today.

In a nutshell what advice would you give to a younger you? The advice I would give to a young me, is start a combat sport early in life, learn to protect yourself, never bully anybody and protect the intimidated, stay away from drugs they ruin your mind and body and destroy you, be humble and a gentleman at all times…

We all have role models we look up to, who were yours when you were a bad lad and who are they now, have they changed?
My role model is my old man Decca Snr., growing up he was a hard man a street fighter, I used to buzz of hearing story’s about him, when I was young and getting bullied I would idolize Lenny McLean aka the guvnor of that era in the 80s 90s,.. and I always used to say I want to be a guvnor

Being in a blockbuster movie is pretty cool how did you end up getting the part?
Being in a blockbuster movie was one of the most exceptional experiences in life I have had, who would of thought a kid from Harraby Carlisle would be in a film, it came about when I was having a bare-knuckle fight in Yorkshire, Lenny McLean’s son Jamie was there filming his dads documentary and he noticed me and thought your a lump do you want a part. So I got in the opening fight scene with Lenny McLean, the only bare-knuckle fight I have lost ha-ha…

Favourite Quote? My favourite quote is my own, and it goes, “WE ARE ALL EQUAL, THE ONLY DIFFERENCE IS SOME PEOPLE HAVE IT HARDER THEN OTHERS, SO IF YOU ARE IN A POSITION TO HELP SOMEONE DO IT BECAUSE ONE DAY THAT MAY BE YOU”. 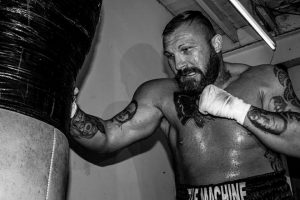 Any good gossip on the horizon?
I can’t say much at the moment because no contracts signed yet, but I am lined up for a major movie next year, that’s all I can say with some A-list celebrity’s.

Being a boxer must mean that you have to keep shape all the time, so what’s your exercise plan?
You keep saying am a boxer, I’m not, I am a bare-knuckle fighter, my training consists of 5 am runs before breakfast then strength and conditioning through the afternoon, I train to fight for hours if need be, I like the no rounds limit.

A favourite pub, be careful answering this, you might get mobbed LOL
My favourite pub mmm, ain’t got one mate as I don’t go out partying but there was a club back in my day when I was 19 called freedom, 9,99 all you can drink, some messy times.

What’s the next big event on your list?
My next event is becoming more successful, I have my autobiography “The Prizefighter Decca Heggie Story” out now, and then I want to get into serious movie rolls maybe had 2 or 3 big bare-knuckle fights and get out with my nose intact. I want to be a successful businessman.

The book is available to buy from eBay, Amazon and The Works.

Interview by David Charlesworth from gobrutal.co.uk