Beginning as an instrumental and sampled vocal project between Ulf, and Jo in Oslo in late 2000 Flunk were then signed for a track on a compilation by Beatservice Records in winter of 2001.

They made a big impact with their downbeat cover version of ‘Blue Monday’ which was well received in the UK and was included on numerous compilations in North America and Europe. With the success of their album, BBC invited them to do a live recording session for John Peel’s Radio 1 show The Blue Room in London. Shortly after Notting Hill Art’s Club would become the location of their live debut.

Flunk have since released six studio albums plus remixes and demo compilations. A few of which have featured in Hollywood movies and well known tv series like “The O.C” and “Designated Survivor”. They have also toured around the US, China, and Europe.

Flunk is essential listening for anyone with a passion for guitar, electronica, soundscapes, folk, psychedelia. in fact, for anyone who demands the music they listen to challenges them and transports them to worlds they never even knew they wanted to visit.

Ulf: Protection from boredom, and a genuine wish to reach out.

Ulf: Loop it, and see what happens. If nothing happens, move on.

Ulf: Not sure if we actually do? It’s like two different kinds of art. I feel playing live is something completely different from making new songs.

Ulf: So… Once upon a time I (by chance) was a pop star in Norway. Jo, the guitar man, played in a band I had befriended as a music journalist. Anja I met through her boyfriend at the time. I produced some songs for his band. Erik, the drummer, played in Jo’s band. So, well… Oslo is small…

Ulf: Not sure… again… I think probably in London, because we were sharp. It was special. Played there February 2020, we were good, but all the shit was on by then. Only no one knew. Our last concert… 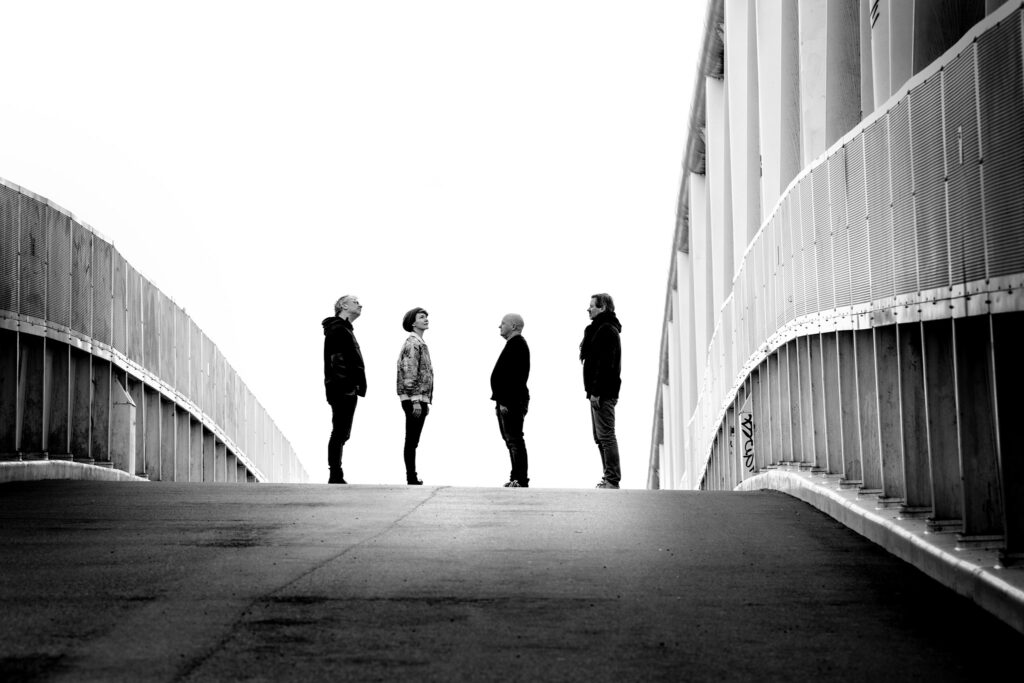 What other talents do you have? (kazoo playing, champion toast burner…._

Ulf: Get rid of the men, using their position and power!

Ulf: More of the same!

Ulf: Different challenges, I guess. Don’t know what they are all thinking. Trying to cope, trying to live through this. We made a new album, without more trouble than usual. But, yeah, it’s Norway, we are holding our breath. And we do it very, very good. But yeah… dying a little bit, a tiny bit, every day.

Ulf: There is no music scene any more… Yeah, Girl In Red has got an album… She’s from our hood. But there is no scene, there is a guy playing his guitar and speaker every day – in the square. But everything is gone.

Ulf: Kind of same answer as the “How is lock down effecting the music scene” question. Sorry! No scene… Nothing happening!

Ulf: Fingertips is that kind of pop song – a simple, no bullshit thing. It probably didn’t take more than fifteen minutes to write, but – mystically – it took eleven years to record. We tried it for ‘Lost Causes’ and ‘Chemistry and Math’, but couldn’t agree on the sound. So now we just finished it, more or less as we originally played it during rehearsals in 2010.