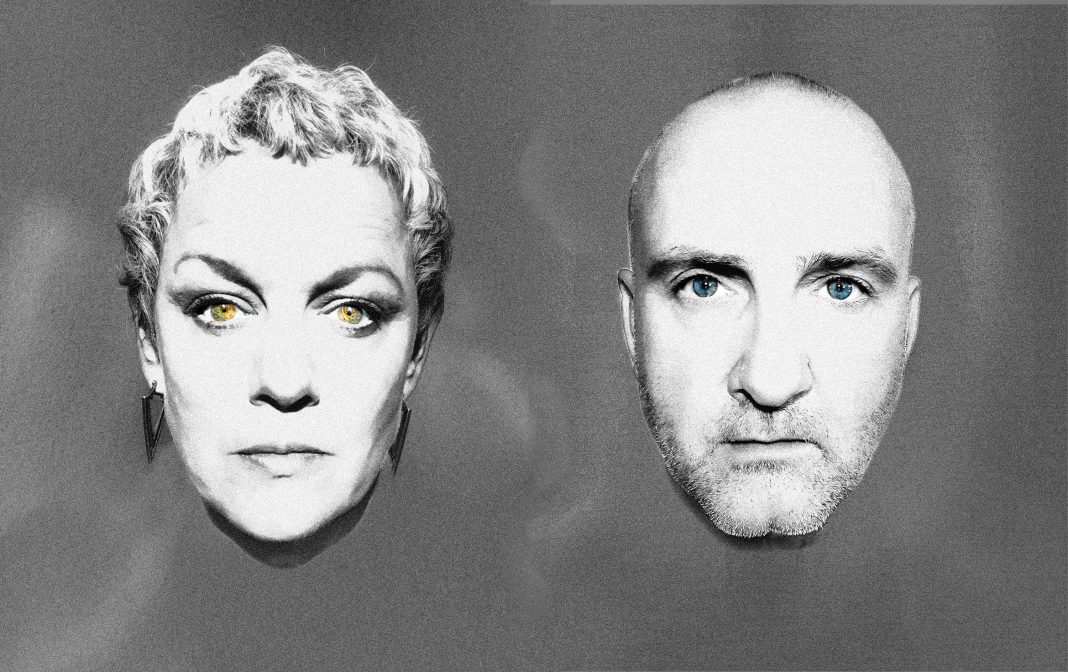 The Frixion aka Gene Serene &
Lloyd Price, make a most welcome return to music in 2020 with two new singles over the summer and a full album later this year.

The duo have spectacular pedigree within the electronic music scene in their own right; Berlin based Gene has worked with S’Express, Traumschmeire and Calvertron while UK based Lloyd has produced tracks for artists including Massive Ego and Sigue Sigue Sputnik.  Having met and bonded via the internet over their shared love of Prince, they began writing, releasing and performing as The Frixion to great acclaim from fans and critics alike in 2017.

Lead single and title track for the new album To Hell and Back will delight both fans who have been following the duo for a while, as well new fans of emotive, well written and intelligent pop.  Lloyd’s signature of providing clear, crisp, hypnotic music to draw you in is completed by Gene’s achingly heartfelt vocals that both soothe and delight in equal measure. Yet this song – in fact any music from the The Frixion was, for a while at least, seriously in doubt.

“It’s a joy to be writing songs and singing again” says Gene, “Especially when you’ve been seriously ill and they have to make you more so to get you better, it turns out to be quite a journey. Originally I didn’t think I would write about the last year at all, I thought I’d just put it all behind me but for a while it stopped everything – including stealing my voice – so as with anything genuinely serious it’s going to influence your work.”

“To Hell and Back isn’t so much about mortality but not wanting to leave those you love behind and the resolution to stay with those you love, there are a lot of deep emotions I think many can relate to.”  Gene continues “It’s healthy to share these emotions in song writing as well.  It was after talking to Lloyd about the horrific year we had both endured – we had both been to hell and back – we decided then the title ‘To Hell and Back’ was right and the song was written.”

Northern Revive: Introduce yourself in less than 10 words….

Gene Serene: We are a song based electronic pop duo based in London/Berlin

GS: I always knew from when i can first remember i wanted to make music.

Lloyd Price:Mum and Dad always had music on around the house. Great Soul stuff, The Beatles, Ska… I grew up with it. I think hearing Kraftwerk for the first time really made me want to do it for myself though. Those sounds! 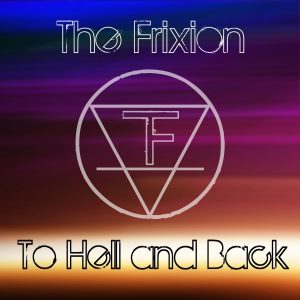 NR: What’s the writing process? How do you transfer that onstage energy to the studio?

GS: Its been vice versa with us, we wrote the music before we performed it. Taking it live was one of the most wonderful things. We love playing live

LP: We live in different countries, Gene Germany and I in the UK. We don’t actually get to play live that frequently. But when we have we have trialled new parts to the songs. That has changed a fair amount of the tracks that will be on our upcoming album.

GS: Generally the music comes first or at least a skeleton/riff. I then craft whatever the music feels – generally a melody suggests itself and words with the rhythm pop into my head and before I know it the song is born. Sometimes I work on a theme others I let the song write itself. I do write also on guitar or keys but generally Lloyd tends to send me ideas – i then turn them into songs – we tend to arrange them together.

LP: We met online. The day Prince passed I was posting songs/video… I love Prince. It turned out that so did Gene and so we got talking. We got round to discussing music and I suggested we tried something. What we put together was really great so we just kept on going!

GS: I dont really use spotify. Though i have been getting some playlists together for our frixion account of influences – in that way i think its cool for new music – but really it doesnt give the artist the money it ought to – none of these platforms do, but its slowly getting better.

LP: I have been listening to a band called The Anix a lot. Brilliant production. The guys a genius. Last one I played was ‘Renegade’.


NR: If you could collaborate with anyone who would it be?

GS: For me i am a huge fan of Michael Shuman he’s just incredible. Then of course in my dreams also  Brian Wilson, Nicolas Godin,Phil Spector, Frank Black (Black Francis) ,Tame Impala, Tim de Laughter, Soulwax wow i mean just thinking about it theres so so many hugely talented people out there.

LP: I’d probably like to do something with the Chemical Brothers. They always do such great stuff.

GS “Never say anything you dont want to hear again”

NR: If you could open for any artist who would it be?

GS: it would have to be Mini Mansions of course!

LP: I love Gary Numan. I think that would be a real buzz. I saw him last year and he still delivers the goods. Brilliant.

GS: Its been interesting and given me a lot of time to write. But here in Berlin its just nowhere near as weird as in the UK

LP: I’ve actually not been too bad. Done a lot of music and it has really allowed us to progress our album.


GS: Its so sad to see the old and new venues not making it, shutting down really i wish there were more support. Lloyd and i are trying to find a way to perform from two different cities atm so thats a challenge – we miss the live shows and know that everyone is missing performing and attending live gigs and hanging out

LP: It’s just killed it really. it would be great to get back out there and perform but it’s just not possible. So many places facing a big crisis. It will be interesting to see how venues fare through all this. Hopefully the majority will survive and work out a way to get people back in.

GS: I was diagnosed with cancer last June and it really put a stop to everything, It was 6 months chemotherapy, another 21 radiotherapy treatments and then came the pandemic when i started being able to sing and write again. “To Hell And Back” really is just about how that feels, the journey. I didn’t think i would write about it or mention it but coming out of it I realised what a massive thing it was and its mad to pretend it didn’t happen. It was pretty cathartic and  actually kind of helped. I am by no means unique in this experience but people spend a lot of time online and in the public pretending everything just wonderful when sometimes it isn’t – I feel doing this pulls back the curtain and allows us to all feel these things. Its normal and natural and i think a lot of people have experienced this or felt this way at some time in their life. I am not trying to “cash in” on a tragedy i just genuinely feel people are far too closed and keep up too big a facade in music in general and i wanted to share something personal, something real.I think both the ballad and radio mix have their own energies and allow that to happen.