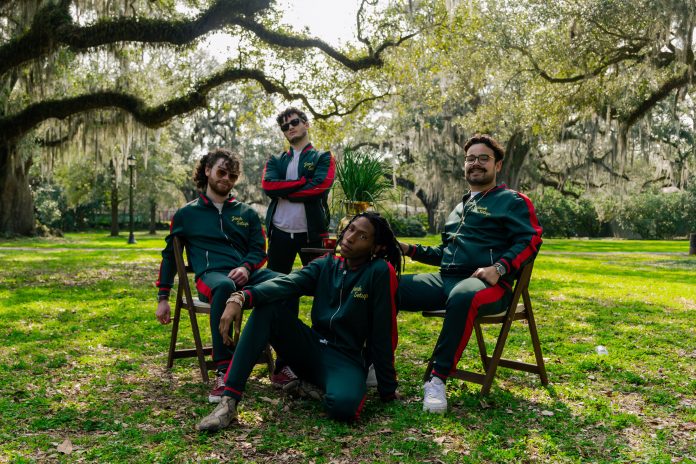 Funk meets soul r&b Jank Setup are proud to call New Orleans their home. Since its inception in 2017, the Gentlemen of Jank has maintained a steep upward trajectory, transitioning from college house parties to New Orleans’ top venues. By the year’s end, they had released three successful singles and opened for nationally-known acts such as Galactic, Rebirth Brass Band, Stoop Kids, Detroit Swindle, and 3OH!3.

Now one of the premier up-and-coming acts of New Orleans, Jank Setup has come a long way from the scrappy, DIY gigs that were their namesake. Inspired by Earth, Wind, & Fire, D’Angelo, and Vulfpeck, Jank Setup’s sound can be likened to a hearty stew of funk and R&B, seasoned with soul, and garnished with jazz. Here with euphoria new single ‘Mylah’, the new release is unforgettably original.

Speaking about their new release, Jank Setup share, “It’s a song about heartbreak, and trying to let go of the past. Luis had written this song years before we all met, and when Kentro heard him riffing on it before a rehearsal, he just started writing.”

With two substantial tours planned, 2020 was supposed to be the year Jank Setup spread their magic around the country. Derailed but unfettered by the pandemic, the group seamlessly changed course, crafting their debut album, “Look Who’s Talking,” and doubling their social media following. The album, expected this Spring, will transcend their previous genre classification and establish Jank Setup as a major and versatile player on the scene before their big move to New York City in late 2022.