Home Cheshire Our future King decided to pop into Congleton 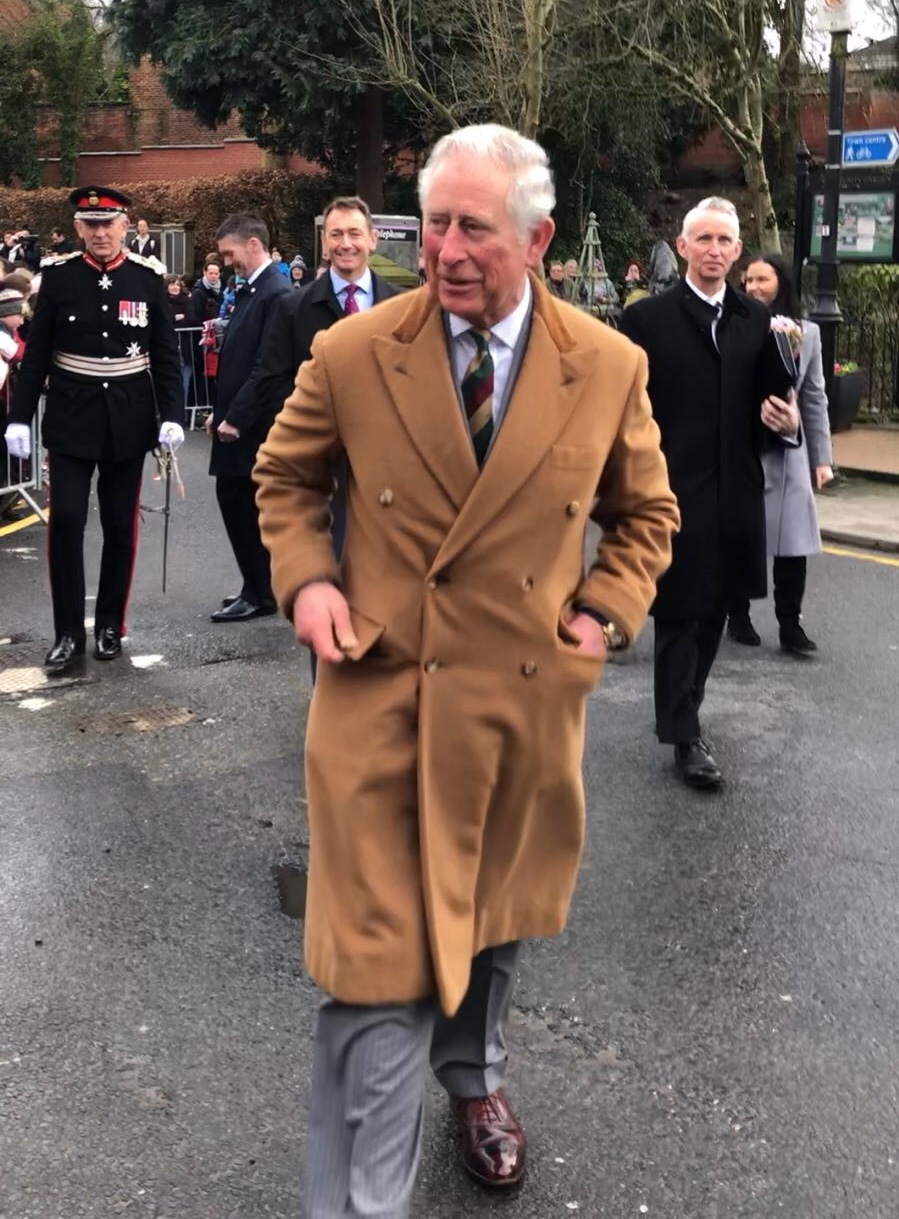 On a whirlwind tour of Cheshire, the Royal Highnesses, both Charles and Camilla, chose Congleton as their final stop, which is said to have created quite an electric buzz with the locals.

On Wednesday the 24th of January, the streets came to life as throngs of locals lined up for a chance to meet a royal, or two.

Charles, the Prince of Wales and his wife Camilla, the Duchess of Cornwall, received a thoroughly enthusiastic welcome on entry into the town, some even applauding on their arrival.

The all smiling, Camilla was seen wearing a tartan Edina Ronay suit, while the talkative prince was wearing a rather fashionable camel coat, on what can only be described as a wet and windy Cheshire day. 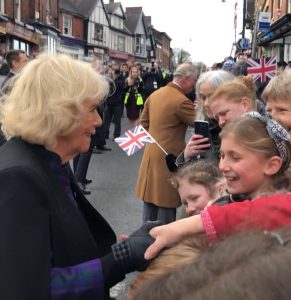 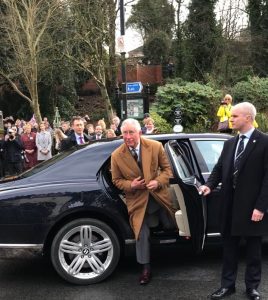 Braving the weather, the two visited the Old Saw Mill, the Treo Statue, whilst meeting and greeting a number of people in the town hall.

The two royals were presented with one of the towns infamous Congleton Beartown Bears and were asked to sign the towns visitor book.

Hilary Jones, an owner of a beauty and hairdressing salon, who took time out to visit with her elderly mum and two children said, “I was lucky enough to shake both of their hands and the Prince told us all that if there was one place he can be assured of a free drink, it was at our local Prince of Wales pub, to which we all broke out into laughter”.

“Bless him”, she said, “he even apologised for us all having to wait a while for them.”

Other onlookers reported that the prince joked about the same with them and so to round off the trip, the two stopped off a drink at the local Prince Charles pub sampling a few tipples and conversing with the delighted locals, before being whisked off into their carriages, oh wait no, it was their chauffeured Bentley and Land Rovers.

It was reported that among their stops were Styal Primary in Wilmslow, the Northcliff Unitarian Chapel in Styal, The Quarry Bank and the Duchess even did a solo trip to Clink Restaurant at HMR Styal.