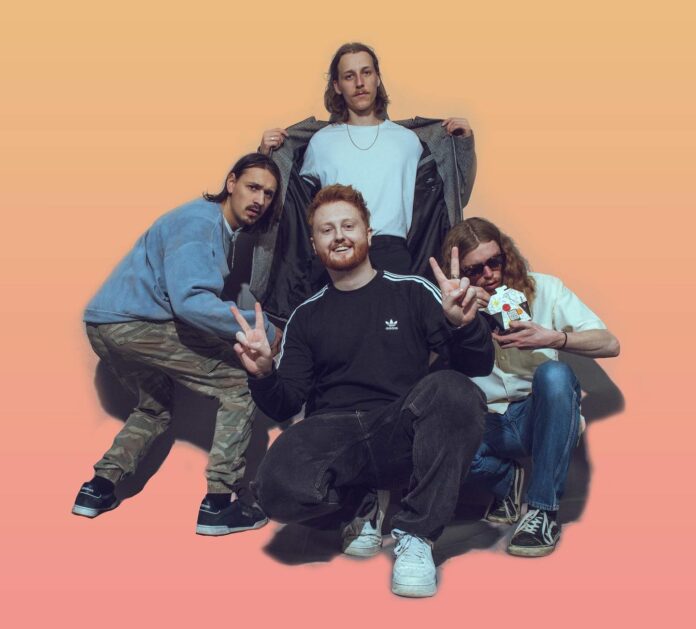 The sort of track you stick on your playlist while you lazy in the garden at your summer parties, ‘Caramel Clouds’ will have you levitating. Gecko Club are continuously dropping classics that could be best described as legendary. Receiving praise from BBC Introducing, CLOUT, Jammerzine and many more outlets online, Gecko Club draw comparison to the likes of Sticky Fingers, Ocean Alley and Lime Cordiale.

Speaking about their new single, Gecko Club state, “The song is about the breakdown of a relationship. Not the typical relationship with a partner, something more sentimental. Two people having a battle of opinion and morals, each person involved is to be blamed in the others’ eyes with stubbornness leading to no resolution. The song originated from a riff James played in our studio a couple of years back.

It took us a while to get right, having tried loads of variations of the track, we eventually felt like we got it to where we wanted it to be. It’s one of our darker tracks, and one of our favorites to play at shows. The first time we played it, back at a festival in summer, we knew we had something special. The crowd confirmed this for us, and we got ourselves into the studio with Jim and Grizz, and knew we had our next single, and first release for the EP.”