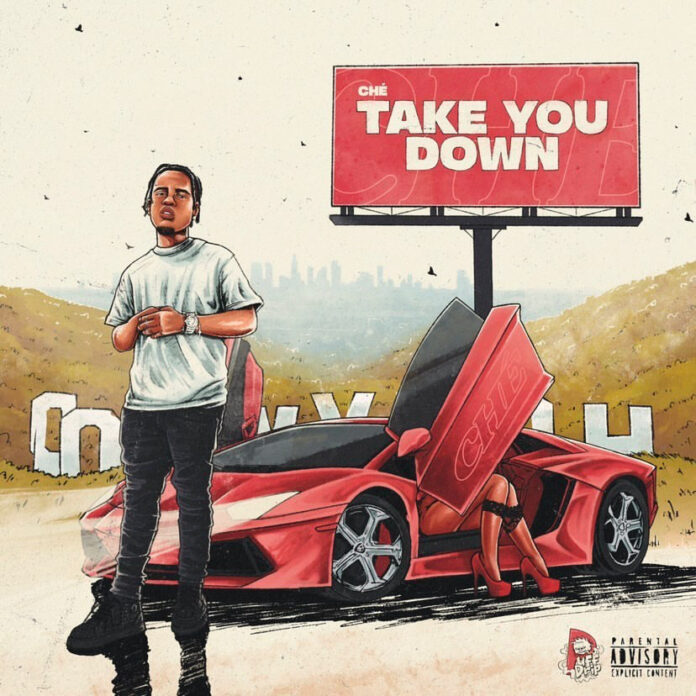 With vocals featured on songs with Freddie Gibbs, and writing credit for big-name artists such as Bruce Springsteen and Maxi Priest, Ché is revving up for his name in lights and the spotlight to be firmly on him. Born in New York and raised in New Jersey, Che has always been musically inclined. Singing since the age of three, Che grew up performing with his siblings, all of whom are musicians, and father, the legendary Maxi Priest.

What made you want to get into music?
Being the youngest of 8 siblings that all were musically inclined it kind of forced me to want to be creative musically especially being the youngest one I had to make sure I stand my own.
What is the writing process?
I never really had a process. I usually go into the booth and freestyle melodies until I find the words to fit in the melodies that really stand out. If the beat is hot it usually comes to mind pretty quick though.
How do you transfer that onstage energy to the studio?
Most of the time when you make music you have to place yourself in the moment. So when ever I create a song I try and play into the moment and use past experiences to gather the ability to express myself in the most vulnerable way possible.
What come first lyrics or music?
Music every time. It gotta feel right before you put words to the melodies.
If you could change anything about the industry, what would it be?
Probably the clout aspect. Doing things in order to be relevant that shits corny.
If you could collaborate with any band / person / producer who would it be?
Kendrick , Drake , Andre 3000, Ty $, and Frank Ocean
What’s the best advice you’ve ever been given?
There is no such thing as impossible and the words I can’t .
What’s in store for you when all this is over?
I think it will never truly be over, I want to create a dynasty for artist entrepreneurialism AND entrepreneurs in general. I have created this road for my self using my degree in MCE, it helped me process the creation of a business that would fund my dreams and passions. During my journey I met many people who shared other aspirations that became key pieces in the development of a power team. Now this power team and I plan to change the world for artist and entrepreneurs in general with in the minority community. So I plan to keep the ball rolling like Diddy , Jay z, and Ye and become a power player, and mogul.
How is lock down effecting the music scene?
I think the game been kinda weird. Most of the people have been locked down for so long they can only listen to music and most of the songs out all sound the same. So I think it might make music start getting live again with some real content hopefully.
Facebook
Twitter
Pinterest
WhatsApp
Linkedin
ReddIt
Email
Print
Telegram
Previous articleIndie meets psychedelic dream-pop project Di Ivories dive into realms of disco in hypnotising new single ‘Have U Noticed?
Next articleKenyan born, UK based artist KESHO returns with R&B infused pop single ‘Whiskey Sour’