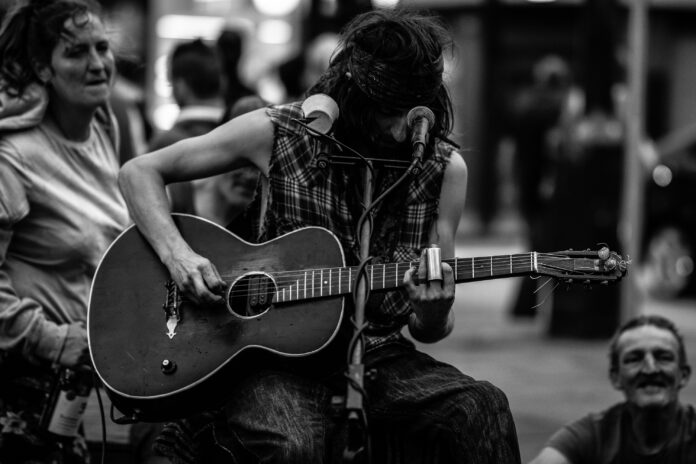 Blend raw energy, deliciously gravely vocals with the grind of live electric guitars and you’ve got British rock one-man band Cam Cole, serving up his own breed of hard-hitting rock with new album ‘Crooked Hill’ which dropped July 30th, featuring leading single ‘Message In The Mountains’. Reminiscent of the likes of Royal Blood and Rage Against The Machine, Cam Cole provides an escape from the mundane, his heavy and ferocious sound fits well in a time where people are looking to finally release all that pent-up energy, and Cam is just the right man for the job.

Hearing heavy rock music I guess. It just gets in me and makes me wanna liberate myself, I wanna do that for myself and others.

Generally I spend many hours a night coming up with riffs which then I go through and find the best ones to put lyrics to. After that I find the sickest beats to back them up. Then I’ll play them to my manager/producer and he’ll give me his opinion, from there it’ll either be tweaked further until it sits right or we just leave it as it is.

It’s a hard one for me as I’m a live artist but I’ll just play the tunes until the magic take is recorded, or not unfortunately as it is with some tunes.

Just now I was listening to Electric Wizard – Funeralopolis

Beers. I’m easy to please there.

I would get rid of mainstream commercial labels and musicians, talent shows and other knobheads desperately trying to sell you their shit but know nothing about music and are in the business for the wrong reasons.

In music? To listen. Use your ears. Don’t rationalise it.