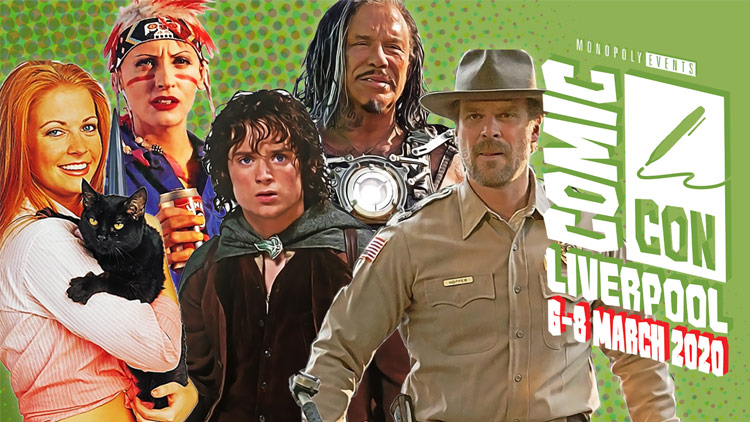 Monopoly Events the team behind Love of Sci-Fi and Horror bring Hollywood to Liverpool for Comic-Con 2020 with over 40 special guests!

The event promises to be something extraordinary as never before seen in the UK special guests such as:

Including special guests in the form of the American Pie Reunion, with Chris Klein, Tara Reid, Shannon Elizabeth, Chris Owen and Thomas Nicholas.

The most significant pull will no doubt be the appearance of Elijah Wood, actor, voice actor, film producer, and DJ who portrayed Frodo Baggins in the Lord of the Rings film trilogy and The Hobbit: An Unexpected Journey.

Plus live Q&As with guests.

Herbology Classes – with Professor Sprout this semester which will include the proper handling of a young Mandrake plant,

Spells taught in this class include Wingardium Leviosa, Summoning and Banishing, Aguamenti and turning vinegar into wine… but that’s mainly for the grown-ups!

Come and learn at the hands of the nefarious Bellatrix LeStrange herself – if you dare (Fantasy Zone) Plus my personal favourite Owl Magic where you can meet and handle owls.