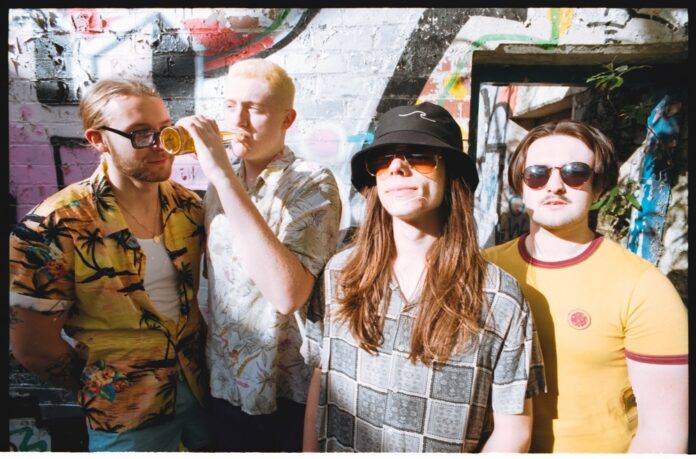 Since forming in 2018, Hull four-piece The Avenues have built a steady following both within their hometown, and across the North of England.

With their debut EP What Happened In The Pink Room earning the band comparisons to the likes of The Cribs, Spector and Franz Ferdinand, not to mention a support slot with legendary indie poppers The Bluetones in their hometown, things were looking up for the four piece.

That was until COVID hit. Rather than wallow in the shadow of cancelled shows and the haze of uncertainty that was surrounding the music industry for much of 2020 however, The Avenues spent that time honing their sound in order to craft the perfect follow-up EP.

The third and final track to be taken from the EP, ‘Beautiful Shoes’ is another topical offering from the East Yorkshire quartet. Described by the band as being about media manipulation, and how the general public only see what we’re allowed to, it’s a timely narrative set to a timeless indie soundtrack.