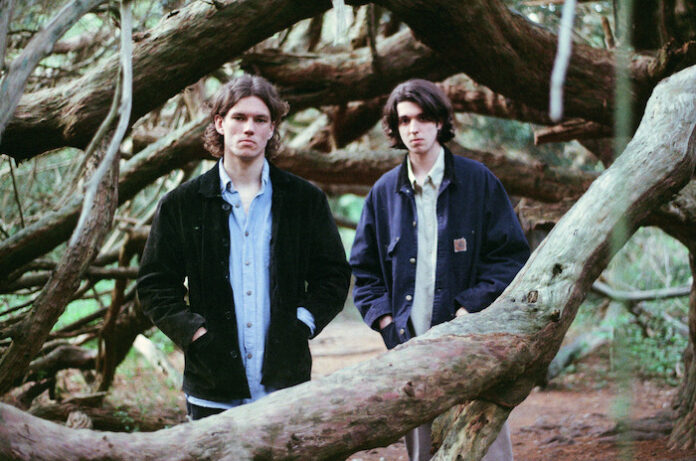 Chichester and London based duo McLeish & Spencer have announced their new single ‘Falling Away’ released via Novium Records. The follow up to their debut ‘I Remember’ which saw the duo gain acclaim from the likes of Clout, the new single once again demonstrates the pair’s strikingly complete sound despite being only their second ever release. Recording at Old Blacksmiths Studios in Portsmouth, Ewan McLeish (lead vocals, guitar) and Matt Spencer (lead guitar, backing vocals) have set the scene for a year of exciting new releases.

Introduce yourself in less than 10 words.

We are McLeish & Spencer, an alt rock duo from Chichester.

Ewan: For me there wasn’t ever anything else, throughout my life there always seems to be this spark in me that never diminishes – it doesn’t seem to give me a choice of doing anything else haha.

Matt: We often write externally from each other, sending musical sketches to one another and then developing them into full songs. Commonly, Ewan will write the melodies and lyrics over one of my progressions or licks.

Ewan: Well having recorded in the studio before playing any live shows, we have kind of done it in reverse. Meaning that we’ve had to try and recreate the feelings and emotions we hopefully create in the studio, and try and put that across playing live.

Ewan: The majority of our songs come with the music first and we then put a melody and the lyrics to it and the song is formed that way. I think this is because it comes easier than writing lyrics first then shaping some music to fit different lyrical lines – but it is something I want to try as it could be a method that could work for us.

Ewan: We met through Matt’s older brother Luke who happens to be my best friend, and one day after a kayaking trip we decided to have a jam and see where it took us. We ended up writing songs in the summer of 2020 albeit remote from each other due to the pandemic, by sending riffs and ideas online and building a song until it was completed.

Matt: Phoebe Bridgers because she’s fearless when it comes to telling deeply personal stories in songs. I think this is so important for songwriting. Therefore, we would benefit from understanding her songwriting process.

Matt: We have been fortunate enough to play two gigs as lockdown eases, supporting Dutch Criminal Record at the Sebright Arms in London and La Havana in Chichester. We have another support slot with Oli Swan in October setup by Fierce Panda.

We have two singles (including our latest ‘Falling Away’) on Spotify and all platforms. We’re also on Instagram and Facebook – @mcleishandspencer.