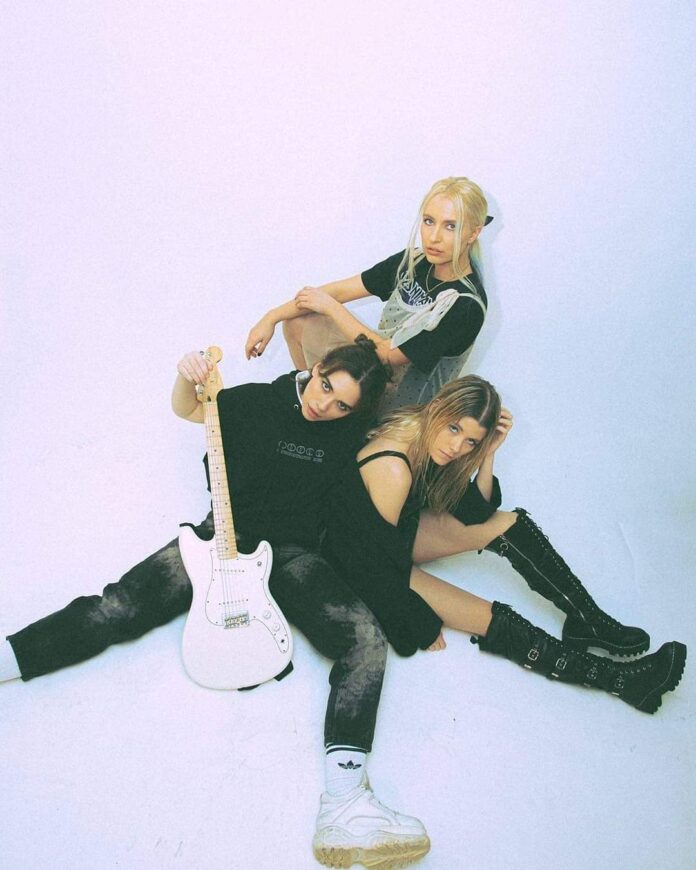 Indie outfit Carpark storm onto the scene with energetic new number ‘The World Ended in 2012’. Taken from their new EP of the same name, the EP and single is out now. Carpark are the relatable, refreshing band with Irish roots that this generation needs. Having only played their first show 6 months ago out of a friend’s garage in Belfast, they have since toured the UK supporting Lauran Hibberd and have become a featured Underground England Soundwave band alongside Yungblud, Beabadoobee, Pale Waves and Nova Twins. Named BBC Introducing Shropshire’s ‘One to Watch’, the group were also named one of Underground England’s ‘Ten Bands to Watch in 2022’.

It honestly changes with every song. Most of the time, it starts off with a voice note of a melody/riff on someone’s phone, then we bring it to life as a band in a rehearsal studio or someone’s bedroom! Regardless of how the song starts we always finish them collaboratively and then tweak after seeing how it goes down at a live show or how it sounds recorded in the studio.

It can be hard. When we started recording this EP we actually hadn’t played any shows yet. A lot of it was done in a tiny studio with at least one of us sitting on the floor. We kept revisiting ideas and parts until we felt it sounded exactly how we wanted it.

Scottie and Loda played in a band together before. The band broke up but we still had one UK tour left but no guitarist. It just so happened that Hattie messaged us about playing on the tour just after a friend recommended we should ask her to play. It worked out so well we ended up starting a new band which is now Carpark.

We played our first gig out of a friend’s garage in Belfast last summer and it was probably the most pop-punk thing we’ve ever done!

We believe there should be more space for women and non binary people in the music industry – especially when it comes to producers and sound engineers. It’s easy to be underestimated and not taken seriously but we’re happy to prove ourselves one day at a time.

Loda: There are a few! A heavier dream collab would be with BMTH.

Hattie: I’d love to collab with Baby Queen – I love the album she put out late last year ‘The Yearbook’

Scottie: I’d love to write a song with FIDLAR and also wouldn’t mind a cheeky collaboration with Weezer.

As frustrating and cliche as it may be, it takes time to find your sound/brand as a band and after that a lot of work to build up your following organically. We are led to believe that bands get discovered and become big overnight but it’s the tip of the iceberg of years of work before anybody knew of them.

Lockdown gave us the opportunity to start afresh – Carpark really feels like something we all started equally together – it’s a combination of all our music tastes and personality. It also gave us a chance to take our time developing our sound. We actually recorded a whole E.P that we ended up scrapping. Now we are really happy with our sound, it's authentic and we’re not trying to be like anyone else.

How Has lockdown affected the music scene?

It’s been super tough. Live shows obviously disappeared for a while, and touring Europe is still so difficult. In a way though I think it’s made people really appreciate being together more than they would have before and it’s taught us that we really can’t take anything for granted. New fresh ideas and bands are emerging and we’re excited to be part of the post covid scene.

Really different for all three of us!

Hattie: I’m from Camden Town and grew up amongst the rise of The Libertines and Amy
Winehouse and once I finally got to the age where I could sneak into pub gigs, bands like Wolf Alice were playing the local circuit.

Scottie: I grew up in Shrewsbury and at the time there was pretty much no scene. I used to busk and play open mic nights but that was about it. From a young age I used to travel up to Leeds to record my tracks and travel to London where there was a lot more going on. Loda: There’s a really fun music scene in Belfast! I cut my teeth playing my first few gigs
there and sneaked into plenty of shows underage before I moved to London to start music college.

You can find out more on our socials:
Insta: @carparkband
TikTok@carpark.band

And we’ll definitely sort you out with some of our tees. We make them ourselves!