Home Manchester Introducing Cold Water Swimmers with the single of the summer ‘Be My... 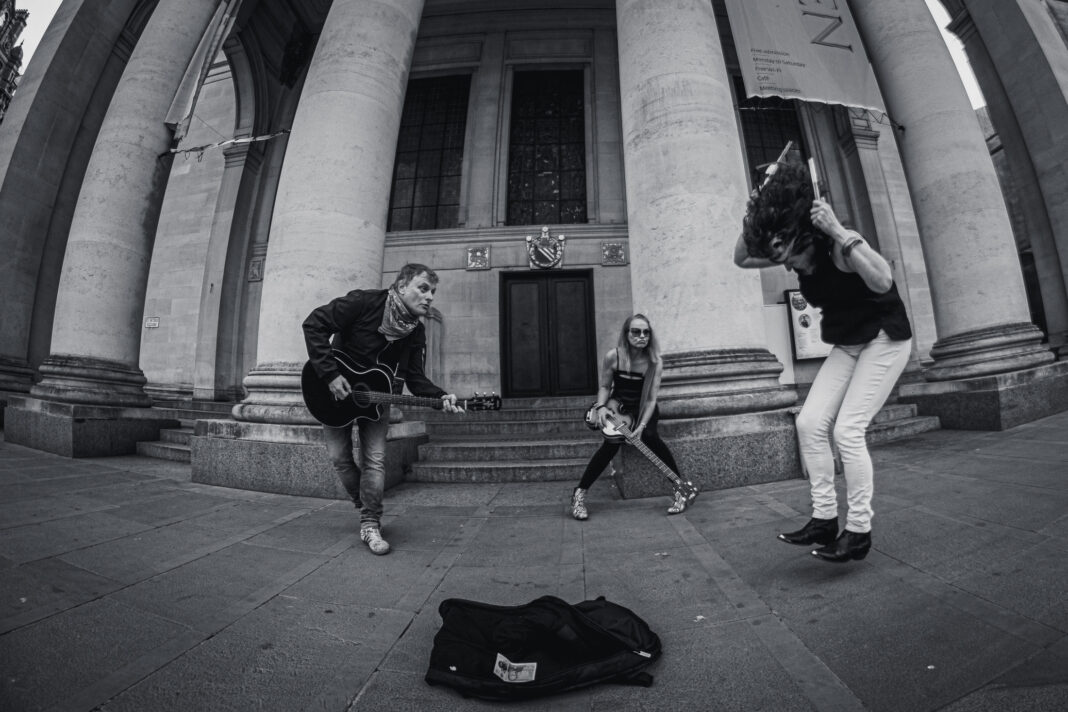 Be My Sunshine is the first release from the hotly tipped Manchester trio Cold Water Swimmers in 2020 “it’s a 3 minute pop song, a dark one but a pop song none the less”  – Chris Bridgett

The three piece rock n roll band from Manchester who got together in their drummer’s conservatory in Prestwich on the day mark E Smith died. Releasing 3 cracker tracks in 2019 cemented the bands position as one of the most exciting new bands in Manchester’s thriving underground music scene. Fronted by Chris Bridgett on vocals and guitar with Carrie Lawson on bass and Selina Woolnough on drums. Northern Revive found out a bit more about the band with front man Chris Bridgett.

Northern Revive: Introduce yourself in less than 10 words
Chris Bridgett: Imagine doing what you want and not giving a fuck

NR: What made you want to get into music?
CB: Watching The Beatles “A Hard Days Night” when I was 12, I understood then at
that young age that being in a band was the greatest achievement any human
could aspire to.

NR: What’s the writing process?
CB: I write the songs I take them to Carrie and Selina and they play along it’s a simple
as that, they add their magic which is unique, they’re the best band partners I
have ever had. Songs generally get written on acoustic guitar sometimes they
take hours others I pick at over months. It’s important to keep journals and phone
recordings of ideas and thoughts so you have a reservoir to dip into. Songwriting
is a joy for me.

NR: How do you transfer that onstage energy to the studio?
CB: Great questions, it’s bloody hard to do that every band under the sun struggles
with this. Getting the balance between capturing what it is you do live and
creating a track in the studio in essence are two completely different things. If you
play and sing live like I do I think it’s about capturing a performance, play what
you play, don’t head down rabbit holes exploring sounds you never use live or
could reproduce live. Recording and songwriting are life-long learning curves.

NR: What has been the best gig you’ve ever played and why?
CB: Playing Wembley Stadium opening for The Stone Roses in 2017 was pretty special
but in my eyes our show at The Peer Hat for the release of our second single Burn
Your Idols was just as good. Over the years I’ve been lucky to play some amazing
shows and venues and to be honest I’ve loved them all. Playing live with your
comrades in musical arms is the greatest feeling very little comes close (if
anything)

NR: If you could change anything about the industry, what would it be?
CB: I’ll take that as a single thing because this industry has a lot it should change to
improve but if it was anything it would be to somehow remove all traces of
sexism, ageism and racism from the decision making and opportunity giving process by those with power and influence. That shit cripples artistry and creativity.

NR: If you could collaborate with any band / person / producer who would it be?
CB: Band .. The Cure
Person … David Bowie
Producer .. Youth

NR: Talk us through the new track?
CB: Our latest release, our first of 2020 following on from our debut tracks in 2019 is
Be My Sunshine. I only wrote this just before lockdown but it has a happy up beat
sound with a of rock n roll country acoustic feel so it’s different to what some
would expect from us but I felt the timing was right. It is a pop song a dark one
but a pop song none the less and it will put a smile on your face. Everything
sounds so angry right now and to be honest I’m sick of angry. I want something
different just now.

NR: What’s the scene like where you are from?
CB: The scene in Manchester right now is the best it’s been in many many years
despite the huge challenges and absolute lack of real opportunity and next to zero
chance of making a penny.

NR: Where can we find out more? (also flog us some merch we love tees…..)
Tees you say ? Meet our pal Mr Bandcamp he’ll point you in the right direction https://coldwaterswimmers.bandcamp.com/

Be My Sunshine is released to stream on the bands own label DIY or DIE on June 22nd // recorded by Simon Archer at 6DB Salford. Photography by Trust A fox