Introducing Dandelion James and His New Single In the Night 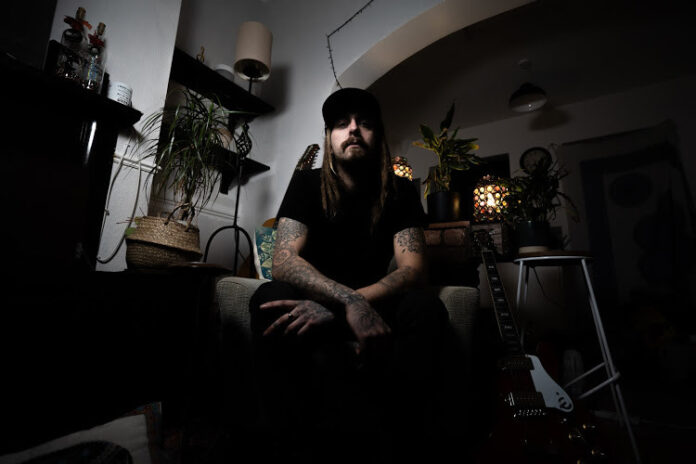 Having spent the last ten years or more playing in bands around his native Macclesfield and Manchester, for DandelionJames things had just started to take off.

Sold out shows at venues such as Soup Kitchen and Ruby Lounge and a smattering of singles with his previous band Dandelion Rose were just the tip of iceberg.

Then COVID hit. And as was the case for bands up and down the country, all plans were put on hold. It was a wait that stretched on for longer than any of us could have imagined. One could have, and indeed has, been the ending of bands and artists with less determination and wilful belligerence, than DandelionJames.

Coming a little over 12 months since the UK first went into lockdown, ‘In the Night’ marks DandelionJames’ first official outing as a solo artist. And though building on the gritty grunge and dusty rock ‘n’ roll of his previous band, ‘In the Night’ is somewhat softer and more contemplative, while retaining the idiosyncratic gravelly vocals that made Dandelion Rose such an inviting prospect.

Four and a half minutes of dust-caked guitars, mournful harmonica, and understated piano, it’s impossible to deny the steadily mounting atmosphere that builds over the track’s runtime. Acting as both a testament DandelionJames’ ability as a songwriter, and as the first taste in a string of forthcoming releases from the singer-songwriter, ­it’s a welcome return to form following a tentative year away.

We caught up with Dan following the track’s release:

Well when I was a lot younger the film School Of Rock came out and since then I have been hooked to making music’s. I have always loved music from a young age listening to my dad playing his Slade records.

For me its the music I normally just start jamming and then I hear something I like then work on it from there.

I played Gorilla in Manchester a few years ago and it was such an amazing gig the place was sold out and the atmosphere in there was incredible.

I would love to work with Bon Iver, I think his music is beautiful and the way he writes is so interesting.

I once got told by a well known artist that the music industry is a hard industry, you will have ups and downs but if you really work hard and want this you will get there.

Well I’m hoping to be gigging a lot more this year as well as bringing out a tonne of songs and videos ect.

I mean its took a toll on my mental health through this whole year but making music has helped a lot its a get away place, its like therapy to me.

Well its horrible for musicians at the minute as there are no gigs going on, playing live is the most enjoyable thing, getting the buzz of the crowd! But we are still out there getting ready for when things open back up.

From my home town of Macclesfield the music scene is really good, the town is just full of amazing artists.