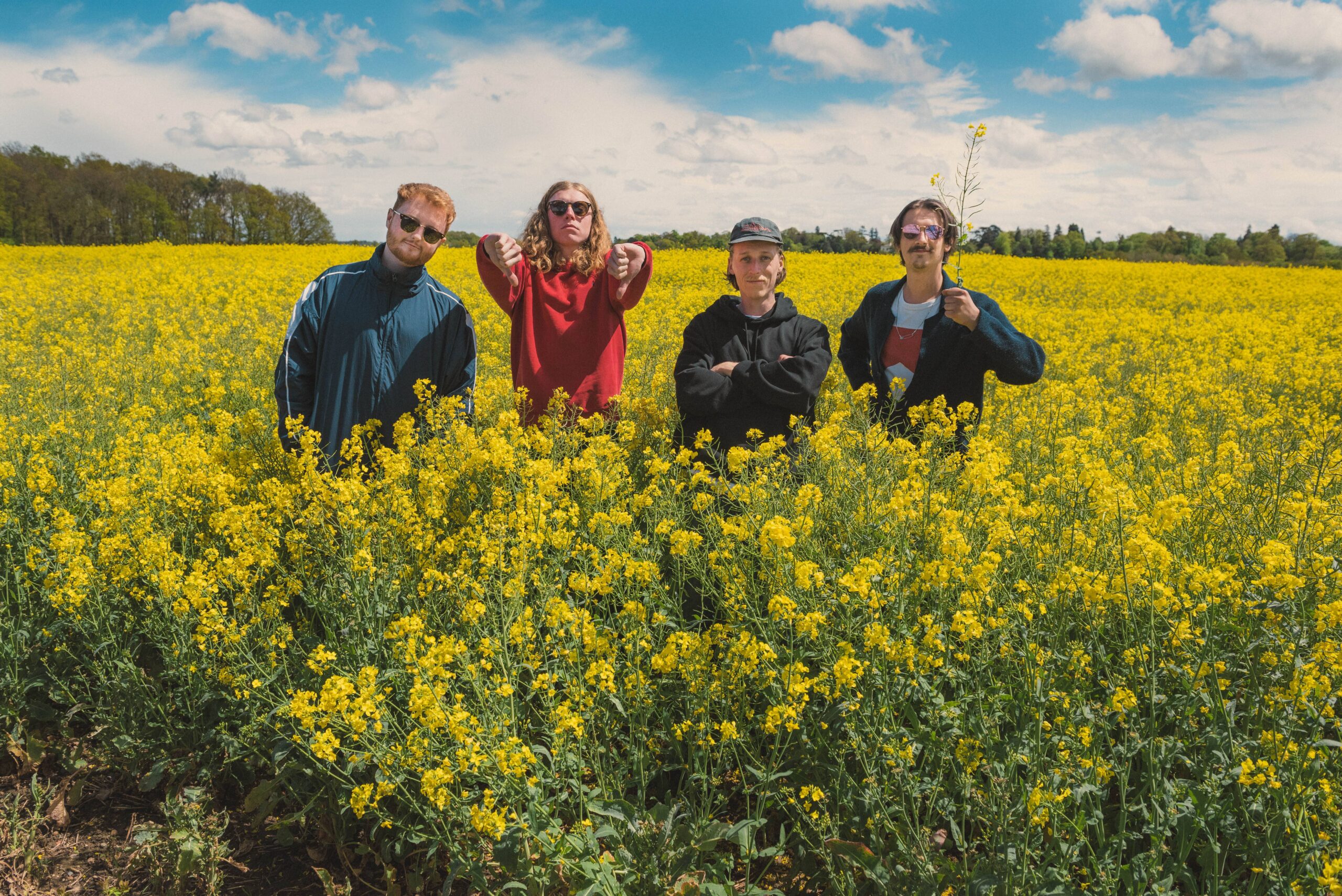 Formed in January 2018, Gecko Club are the ‘exotic beach pop meets surf rock’ outfit you need in your life.

Titled ‘Summer 2020’, this summer anthem fuses the sound of Australian indie bands with the youthful scene of the UK. Written last summer in the midst of the COVID-19 pandemic, this bittersweet track captures the globe’s despair when our summer plans went out the window. Bathed in an optimistic arrangement that feels somewhat bittersweet in places, this genre-bending track refuses to be limited to one specific style. Sitting at over 8,500 monthly listeners on Spotify and over 500,000 streams, Gecko Club are quickly becoming the public’s go-to genre-bending band and ‘Summer 2020’ confirms why.

We play music unique to any other British bands.

James and I met on holiday in Portugal when we were around 10 years old and continued going to the same place with our families year after year, so we built a strong friendship by hanging out together for two weeks a year. Jono and Rolfe have known each other since they were very young, through their families going to the same church. I met Jono at a house party and Rolfe through mutual friends and that ties everyone in together and we formed Gecko Club.

It’s hard to pick one, but a stand out for us would be one we managed to play last year during the pandemic. It was our first show since the lockdown was announced and we’d had tours and festivals cancelled prior to the show so we were desperate to be back on stage. We played a sold out socially distanced show in Hoxton, London, and just had such a good time on stage together doing what we love. It was a bit of a release of emotions that had built up over the year too. Having a load of fans and mates there singing the tunes put the cherry on top.

A few current favourites would be Drop Legs, F-POS, Ralph Taylor, Will and the People, Fake A Smile, Lime Cordiale and I’m always loving a Skegss singalong.

It’s obviously been tough for everyone, and life has changed so much. I can barely remember what it feels like to cruise into an establishment and order and pint over the bar, or just to spontaneously plan a trip away without having to book every table you may or may not sit at. As a band, we’ve kept plodding on. We’ve written and recorded some of our best music since lockdown struck, and we wouldn’t have any lyrics for our new single Summer 2020 if it wasn’t for COVID.

There’s so much in store for us. We’ve had so many festival slots and tour dates cancelled or postponed due to the restrictions. We expect to be playing those when as soon as possible really. We need to reschedule our tour in Holland with The Koalaz, as thats been cancelled for a second year now. But ultimately we just want to be touring the UK and EU as soon as possible, getting out there and meeting everyone at our shows and having the good time we have when we’re doing it.

Probably chart music. I wish people would stop accepting it. The stuff we hear on the biggest radio stations is generally trash, but people get sucked into it anyway. People could so easily just have an explore into genres and find something wicked that they love, but they settle for the autotuned, generic tracks written by the same songwriters for the same puppet popstars. There’s a ridiculous amount of absolute bangers out there that wont even come close to getting the air time they deserve because it is dominated by labels pushing their pants music onto the radios, playlists etc. 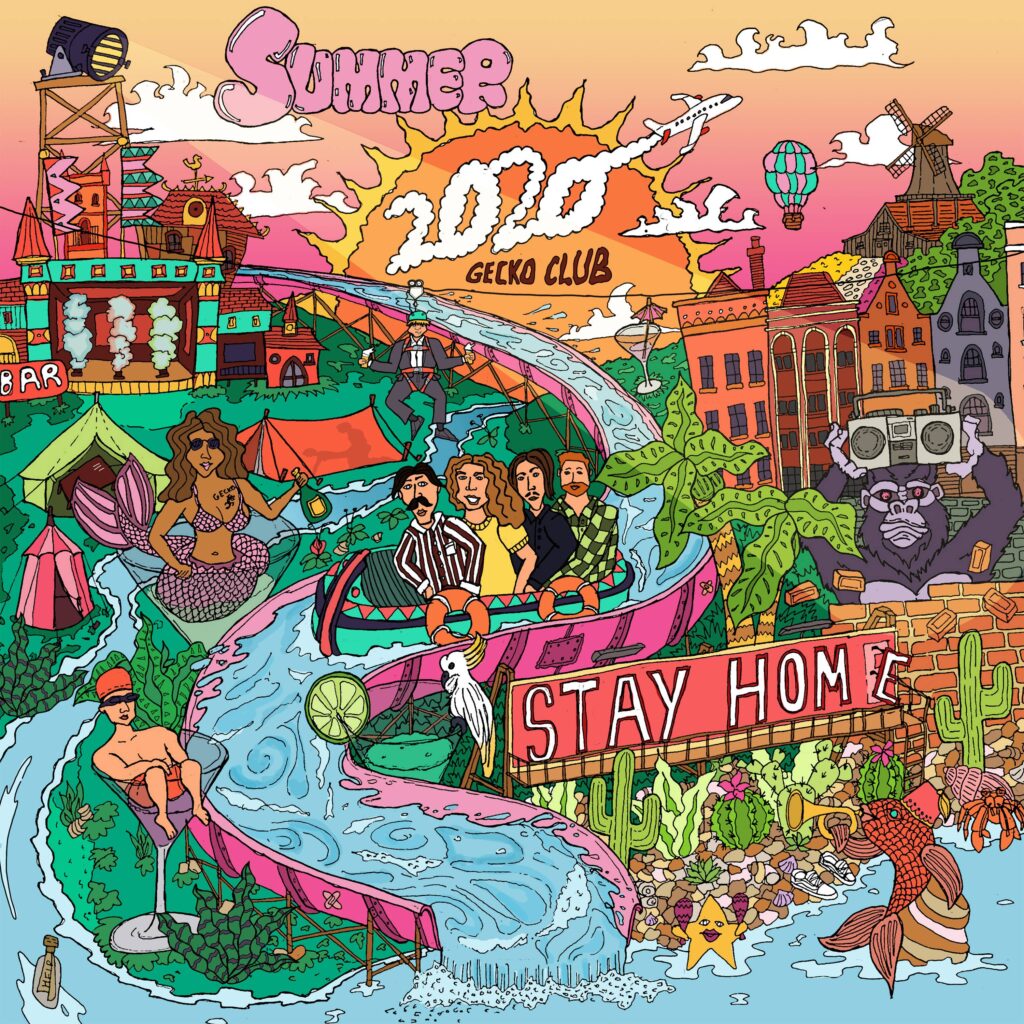 We started writing this song last summer, hence the name. We wrote it about not being able to go to Boomtown because we love it there, but it encapsulates the general feeling we had last year around how everything was cancelled. We went to record it at our mate Jamie’s studio which was a fun few days, he done all the engineering and mixing for us on the track and got it to where it needed to be, he smashed it. For the video, we just took the camera aboard our vessel on the Norfolk Broads. We do a boat trip every year with our mates, it’s always pretty loose, and this year we just filmed little bits as we sailed around, and it turned out pretty good. We are always very budget with our videos, but we enjoy making them ourselves and think that they feel a bit more personal because of it.