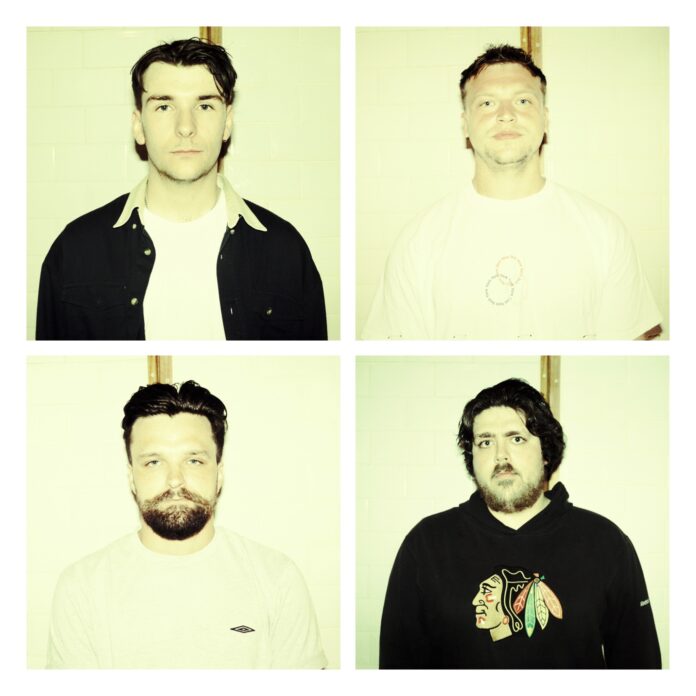 Hartlepool’s Leopard Rays are a band combining layers of dreamy guitars, lush reverb drenched vocals with a pop sensibility and a penchant for the occasional crunching riff whenever the mood takes them.

Having taken to stages at Stockton Calling and played the inaugural hometown festivals of Heelapolooza and Gathering Sounds, they’ve also supported the likes of Pulled Apart By Horses and Estrons as well as taking their inimitable brand of alt-rock further afield, playing their own dates in Manchester, London and Newcastle plus innumerable sold out hometown headlines.

Taking their influence from the likes of Pearl Jam, Oasis and Ride as well as more contemporary acts such as The Pale White, Broken Hands and Inhaler. The band have spent much of the recent troubled times writing, demoing, and recording, and ‘Carried Away’ reflects the first fruits of that labour of love.

Locked up and beat down, ‘Carried Away’, is a paean to breaking up and breaking free. Built on a raucous mix of chiming guitars and an anthemic sweetness, the track is a bold move forward from the band’s previous ‘90s influences by forging new ground for melodies and hooks akin to that of fellow North-eastern acts Frankie & The Heartstrings, and Sam Fender.

A celebration of hedonism in the face of bad luck and broken hearts, with a motorik riff emerging in the second half of the track that mesmerises as much as it packs a punch, cementing ‘Carried Away’ as the band’s most radio-friendly release yet in a little over three minutes of glorious grit.

Luke (our frontman) will write the main shell of a song and then together we will put the meat on the bones and boom, a Leopard Rays song is born.

The love of playing music and creating is a great inspiration in itself. Going to see other local bands and musicians can be very inspirational as well.

Sean (Lead Guitarist) is a really good cook. He did a steak night before and it was absolutely great

Probably the lockdown, not being able to play was a real challenge for us.

Vinyl is always nice but streaming is too convenient, it’s all great really!

Amazing, truly amazing. Such a great community spirit, everyone is at everyones shows and there is so much support. Hartlepool and Teesside are the place to be!

The new track Carried Away is the first release from a big batch of songs that we wrote/demoed and then recorded during the pandemic. We went to All Silk Recording Studio and worked with Ed Hall (who is utterly brilliant) for these tracks. For the very first time we put some time aside to create a music video with Elizabeth Mckeone (again utterly brilliant). We are buzzing that it is finally out.