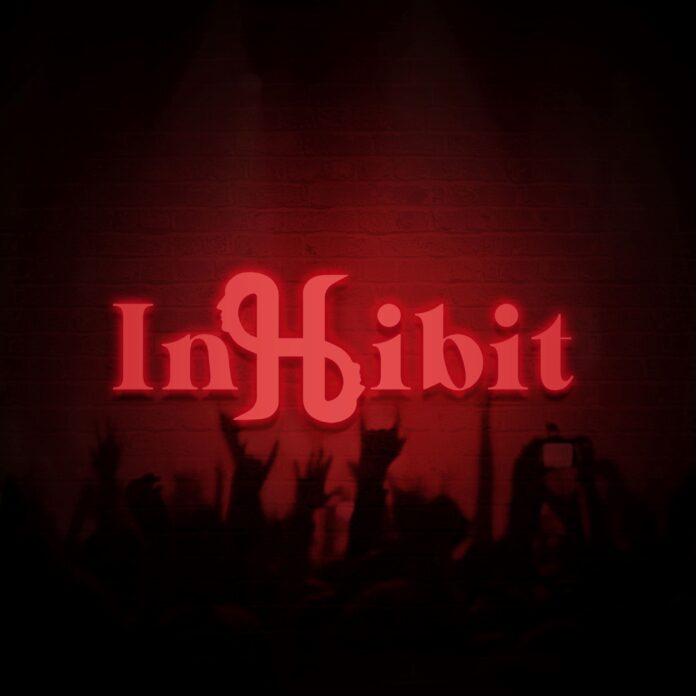 Following his radio hits, The Quest and Shadows of Fire, both of which drew media attention from around the world, Anglo-Belgian electro alt-rock artist InHibit is ready to release his latest single, Settings, a riff-heavy track which is going to settle in your brain for days! Taken from his forthcoming debut EP, it has a strong 90s alternative rock feel but has an urgency and vitality which is 100% 2021!

“It’s a song about the way we chain ourselves and the way we are chained (by others and by society).  It’s something quite abstract, it’s a very personal song.”

We caught up with in InHibit following the tracks release:

First of all, InHibit is my artist name.  It’s technically not a band.  This being said, I always work with the same musicians.  I presented The Quest to my bass player.  He then introduced me to my future musical producer and that’s how it all started.

Lyrics most of the time.

I would do all I can to stop the general decline of the musical quality that has occurred for the last 10 years.  At the moment, I live in Brussels.  The music they dare to play on the radios is very poor.  Frankly, I sometimes even feel embarrassed for the artists being played.  I’m not saying my music has reached Queen’s excellence… But when radios tell me that they can’t play my songs because “there is guitar, and we don’t want that”, I really wonder what’s going on in people’s mind.  I guess we are used to mediocrity nowadays.  I even had a Belgian label that told me to start making good music if I wanted to become someone in the musical industry.  And the situation in France is very similar, you just have to watch the NRJ Music Awards to get an impression of the kind of songs that are currently successful.  This being said, I know that there remains some great bands and artists out there.  Sadly, they don’t get a lot of attention most of the time.  I would love to change that, give these artists the recognition they deserve and to stop filling in people’s ears with poor quality music.

While InHibit has never been on stage, I can talk about the energy in studio.  I always sing with closed eyes and try to dive as deep as possible into the song.  This allows me to be completely disconnected from the outside world while singing.  When recording, someone could faint and fall right next to me without me even noticing it.

Going live, for sure.  I won’t ever do that virtually.

I have received several great advices from people of very different horizons, because I have been in multiple fields in my life.  I don’t know about the best one but there’s one I have been thinking about quite a lot recently : “Whatever people say, think about me, I should never give a f…”.  Everyone is obsessed by other people’s opinion.  Social media has a huge responsability in this.  And I used to care as well.  But I’m over it now.

Nirvana but I guess that’s not happening !

My new song “Settings” will be released on the 3rd February.  It’s much harder than what I’ve previously done.  It’s a very indie rock song, with quite inner and personal lyrics.  Then, I will released the 4th and last song of my EP “Blinded” (yes, it’s the first time I’m revealing its name to the press !) with a music video that’s going to be insane.  A huge production, a huge team and so much work have been and still are devoted to this video.