Introducing Kestrel Palace and New Single Get Up! 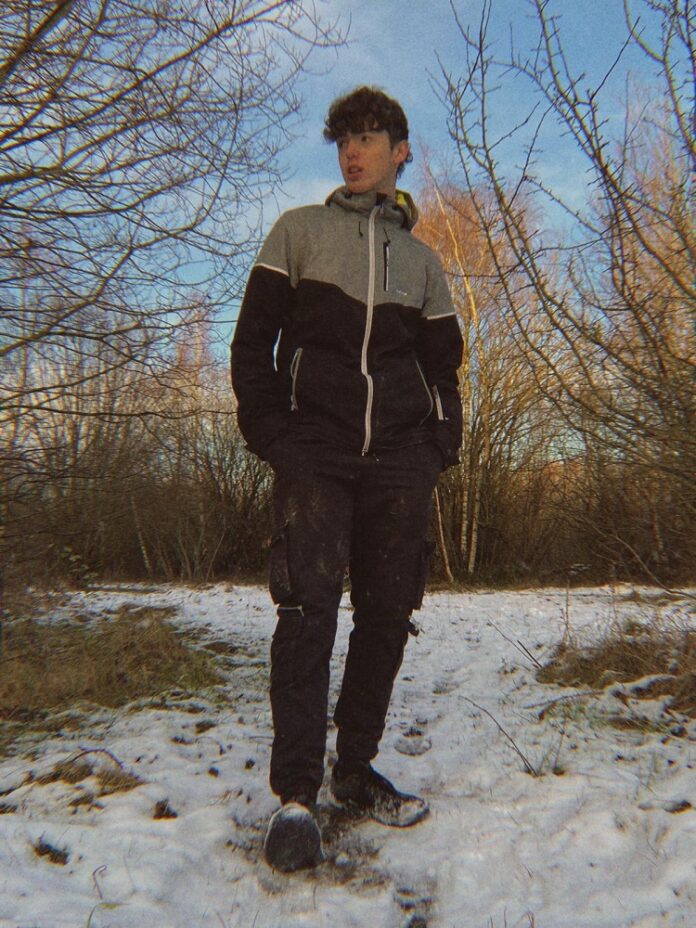 Manchester has always been a hotbed of musical talent. From the clattering industrial post-punk of Joy Division and The Fall in the 70s to the baggy hedonism of The Roses or The Mondays a decade later. From there right through the aspirational hedonism of Oasis landing at the musical melting pot that is modern day Manchester’s music scene.

The latest upstart vying for a spot in the city’s musical legacy is Kestrel Palace, who, tired with the frustrations and compromises that come with being in bands, has opted to strike out solo. Harbouring both swagger and a sense of self-sufficiency in equal measure, the 18 year old draws from a wealth of Manchester’s musical history, while providing it with a distinctly contemporary twist.

His latest single, and indeed his debut, ‘Get Up!’ couldn’t have come at a more fitting time. Two and a half minutes of clattering optimistic indie rock, it’s described by Kestrel Palace as being “about trying to make the most of your life; about making the best of a bad situation.  I think that’s something people can heavily relate to currently.”

And well they might. 2020 was an unprecedented year, one we’d all rather forget about. But with a glimmer of hope on the horizon, and with tracks like ‘Get Up!’, stuff will only get easier.

We caught up with Kestrel Palace following Get Up!’s release:

Just go listen to my Spotify and thank me later

I was about 14 ish, maybe 15 and I remember seeing an old acoustic in the corner of what was supposed to be a wardrobe in the depths of my house. Y’know like when someone from a horror movie creeps up to a door with something scary behind it, yeah that was me going to this guitar. I picked it up, took me about 4 and a half years to tune the thing, and then asked my mum to show me some chords. I spend, no joke, a week trying to get a smooth transition between those chords. Then I decided to write a song and that song was called “Live Forever”. Nah I’m joking, I wish, but that was the first song I learnt on guitar. Still remember that day, was good.

9 times out of 10 the lyrics. My notes are just full of written songs and a bank of phrases and quotes I come up with randomly. I could be anywhere and if I think of a good lyric then you best believe I’m whipping my phone out and writing it down. It’s either that or forget it and the “million dollar phrase” is lost forever.

Free Bird – Lynyrd Skynyrd. It builds so nicely from the first second. One of those special tracks that I’ve never got bored of. Still remember the day I heard it for the first time. My sister showed it me parked up on the side of the road about to go inside to go to bed. Let me tell you, I didn’t sleep for another 4 hours after hearing that song. Not to mention the amount of times I’ve played air guitar to that 4 minute solo at the end, it’s actually quite embarrassing. I should have a tally somewhere.


What other talents do you have? (kazop playing, champion toast burner…._

I’m a champion waffler. I could waffle for England no word of a lie. Y’know, we could be talking about how bad the weather is here in England and after I’ve been talking for 5 mins I will have digressed onto my favourite kinds of cheese. Most people just get up and walk off to be honest because they can’t get a word in edgeways but I think it’s quite funny.

The control some record companies and labels have over certain artists. The reason they are artists is so they can express what they want to express without being told how to sing or what to wear or how to act. Just let them do what they wonna do and I guarantee the songs will have so much more meaning and mood to them. That’s what music is all about and that’s how it should be.

Do what you wanna do and don’t let anyone change that because as soon as you care what people think It’s almost game over. As long as you do you the only people who are gonna hate on you are either jealous or not worth wasting your thinking or time on.


Liam Gallagher. That man has one of the most unique voices I’ve ever heard best thing The growl of his voice just hits a string that nothing else hits. I can’t describe it.

It’s just about making the best out of a bad situation, not feeling sorry for yourself and getting on with life. It’s about the urgency that comes with the thing you are passionate about and wanting to make the most of your life. It’s an upbeat tune that I think everyone can relate to.