“KILL, THE ICON!” are a protest punk duo based in London. Furious at the actions of the government, and despondent about the inertia in British society, “KILL, THE ICON!”  make fast-paced music that promises to make a dent in the kleptocracy.

For Fans Of: Death From Above 1979!, Dead Kennedys, Royal Blood, Protomartyr, Daughters.

Founded by a bandleader who has been at the forefront of recent protest movements, KILL, THE ICON! aims to function as a post-pandemic soundtrack to modern British activism. The music is intentionally stripped back – distorted bass guitar, drums and occasional synth parts mean that the lyrics of KILL THE ICON! are given prominence.

The music aims to explore the history of protest, activism and anti-fascism through the lens of pop culture. References to Tarantino and Fincher films serve to create a kaleidoscopic universe within which the song’s characters come to life, and ask provoking questions of the listener.

Their debut single “Buddhist Monk” tells the tale of Thich Quang Duc, the man who burned himself alive in protest against an oppressive Vietnamese regime.

Peaceful protest rockers who hate the idea of a kleptocracy.

There are lots of terrible bands that made it big. Sometimes I listen to the radio and think “Hey, I can be terrible as Yungblud.”

It’s a collection of poetry, distilled over a period of years, mainly written while watching Fincher films.

A burning sense of injustice.In March 2020, I was the first frontline doctor in the country to go public with my concerns that we were dangerously underprepared for covid. I was shot down by the establishment and there were multiple, plain attempts to silence my voice. I knew my job was at risk, but I spoke out to try and protect the country and publicly hold people accountable. I then took the government to court to mandate that we would have proper PPE. Through this process, I learned more about the inner workings of government – I gained a unique insight into how decisions are made, and how systems are designed to punish whistleblowers but promote middle-managers who push the status quo. I was also instrumental in organising doctor-led protests outside Downing Street – these made the front pages and evening news. I also organised BLM protests in a covid-safe way. Despite what I’ve achieved through protest, it wasn’t enough. We need to dismantle the system and rebuild it. That’s what KILL, THE ICON! will do.

Trying to get people to listen to me with the same eagerness they reserve for Bono’s son.

Involve marginalized communities in music as much as the music industry involves Bono’s son.

The first rule of success in music is simple: have a famous father.

Inhaler. I may have issues.

Luna Rosa from Northampton are absolute monsters and supported us through the darkest hours of the pandemic. Kopper are based in Kent and they make the most perfect guitar music – I wish I’d written some of their songs.

The Muslims – Fuck These Fuckin Fascists

If you could collaborate with any one who would it be? 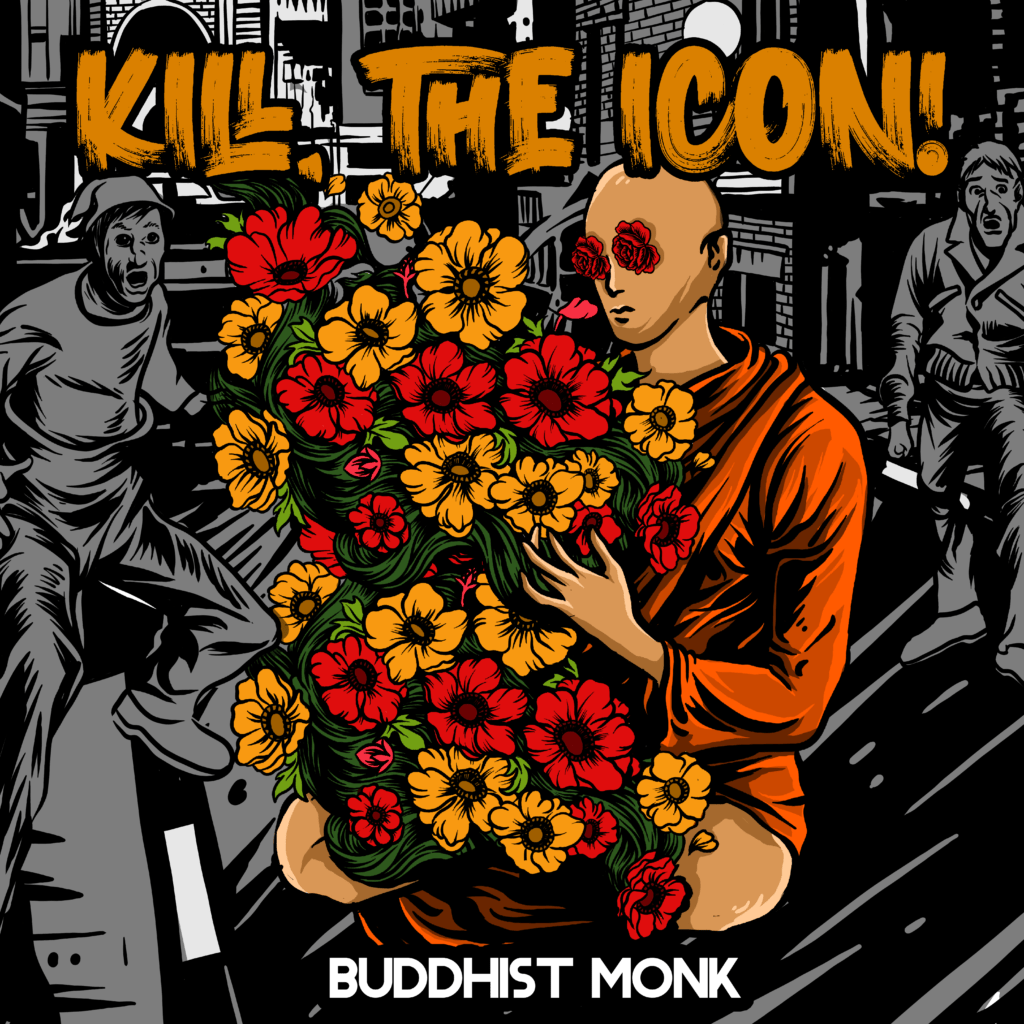 Setting up our merch stand, then selling our patented hot sauce to hungry punters. We’ve just made a new batch.

Entirely natural. We visualized and fantasized it time and again during the last 18 months. We’re never taking that for granted again.

We’re blessed by Transmission FM and Vandalism Begins at Home for generously promoting live music so brilliantly around Luton for the last few years. Regressive Left are making a name for themselves.

Buddhist Monk is our debut single out 19th November – we recorded a video of us playing the song loud, hard and fast. We had leather jackets specially designed by the genius team from BLK STRIPES.