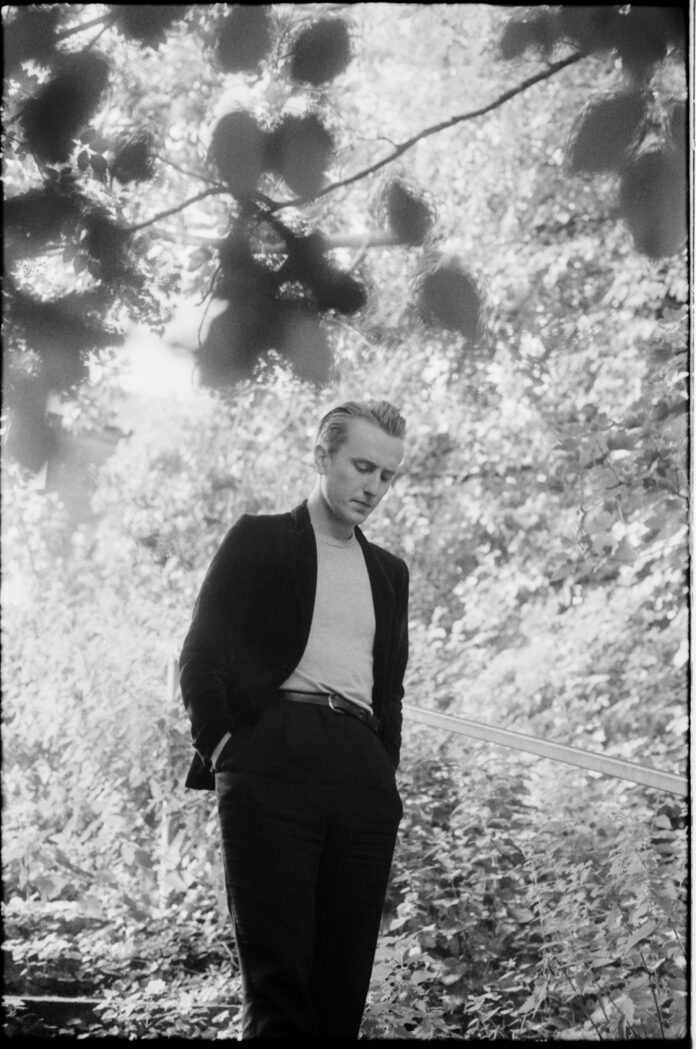 More and more these days solo and side projects are becoming commonplace. This is no bad thing, both providing artists with an outlet to explore different sounds and genres, while offering fans a further avenue of material to explore from their favourite bands.

Ophelia is just that, the solo project of Leeds-based Talkboy songwriter and guitarist Tim Malkin, and an outlet for the material Malkin thought “it would be weird if anyone else sang”. Indeed, Ophelia is something of a departure from the technicolour indie pop of that band, while retaining the same cinematic air.

Japanese Peru is the eponymous first taste of Ophelia, and the lead track from the forthcoming EP to which it lends its name. Four minutes of gently building and quietly introspective indie pop, Malkin describes the song as being “about an idyllic place that may or may not exist, and the hope that you’ll get there one day. I hope that people feel hopeful! I think we’ve all been waiting for the clouds to clear for ages now, and we’ve had to just keep going without any certainty about how its all going to turn out. I think hope is quite often misinterpreted as naivety… there is a lot of thinking about stuff that could have been / might be, all those things that keeps you up on a rainy lockdown Tuesday night”.

“I recorded the song at producer Mickey’s house and we invited some friends to play on it, which resulted in us recording a real string section in his kitchen one bright Sunday afternoon, which was bizarre and which helped to make it all sound so unique”.

Sung gently to a backdrop of trembling strings, plucked acoustic guitars and a creaking upright piano so as not to wake the neighbours, Japanese Peru poses a series of questions about things that could have been, that might still be, and all those things that might keep you awake on a rainy lockdown Tuesday night.

The track gently builds to a chorus reminiscent of Pet Sounds with its delicate orchestral drums and yearning lyrical hook, “Holding on for you” before suddenly retreating back to its uncertain and fragile place.

We caught up with Ophelia following the track’s release:

I’m Tim and surprisingly sassy for someone who smiles loads

I watched school of rock and wanted to be Zack attack

I really try to just not think too much and go to that weird place you only really get to when you’re on your own or with someone you know really well. Particularly for this material I tried to not write about very specific things that have happened to me which is what I’ve always done – I decided that no one really needed to hear about that. I think because of that I actually wrote more personal tunes as they came from an unconscious part of me.

I haven’t been able to be on stage for ages now so it’s quite hard to say really! Mickey (Dale who I co-produced this record with) has a really great way of coaching performances out of people, he also makes loads of coffee.

I find that during the initial creation of an idea they actually come at the same time. I do a lot of mumbling while playing chords and hope that something interesting comes out. For Japanese Peru that first line ‘Don’t you think somebody somewhere should have a clue?’ just came out fully formed with melody and everything, when that happens you normally have to grab onto it and finish the song as soon as possible.

This was actually a tune called ’Sunday best’ by Ben Milton, Ed Allen, a very good friend of mine did the production and it sounds amazing, great song as well, would highly recommend a listen. Also check out the music video for a good amount of weirdness.

I have this thing amongst the people that I know that I reckon I could eat a curry everyday for a very long period of time. I would have to take into consideration the length of tour but there is just so much variety with curry I think I could do like a good month or so just on curry and lager.

People in the music industry shouldn’t be allowed to go to the gym. Look after yourself for sure, go for a run, play football, whatever but as soon as you go in a gym, cancelled from the industry.

Hopefully we can get out and play some gigs. I absolutely love being in the studio it is just a completely different experience to a gig. I want to be ripped off in a service station on the way down to London and all the other stuff you forget even happens but which enriches you and makes you feel like a human being. I’ve never performed these songs to people and I think the reaction you get from people in a room can’t be recreated, you can tell straight away if you like it or not.

Leeds is a pretty crazy place because everyone seems to know everyone but everyone plays very different types of music. I sometimes think it spreads itself a bit thin and it should just concentrate on being one thing but it’s a city and doesn’t have a consciousness so can’t do that. That being said, there really are a lot of amazing musicians around who make loads of beautiful stuff. Back in the good old days you could go to a gig pretty much every night, I can’t wait for that to be a thing again.