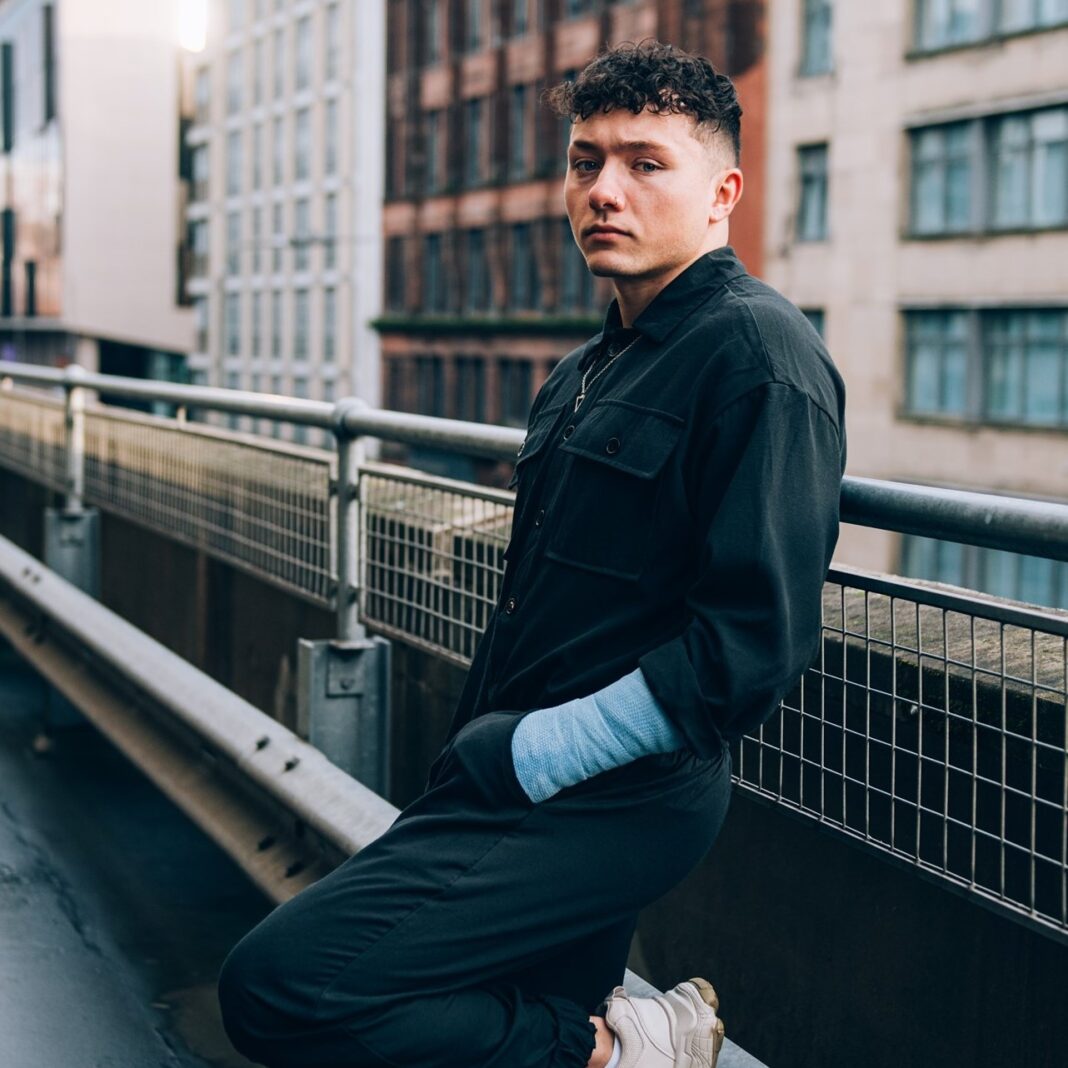 Based in Glasgow, Leif Coffield has already captured to music world’s attention with his razor-sharp lyrics slicing through waves of thickly textured electronic combinations of indie, dark contemporary pop and hip hop.

Say My Name is another snapshot of an artist at the peak of his powers, lyrically tackling the feeling of being suppressed in a relationship and the yearning to break free and rediscover yourself.

“I try in each of my songs for them to have one unique element, or one distinguishing factor that sounds out of the ordinary and that separates it from the norm. I take a lot of inspiration from artists that endeavour to break the mould and refrain from operating within the confines of the mainstream. Artists like Flume, FINNEAS, Kanye West, Bon Iver etc where pushing the boundaries of the creative process and what is conventionally palatable is key. I would describe my music as if hip hop impregnated acoustic and gave birth to a baby that was raised in an electronic family. I always try to evoke emotion in the song whether it be through the instrumentation or accompanying vocal melody and lyrics.”

We caught up with Lief ahead of the track’s release:

I’m Leif, I strum all day long to good music.

Music has always been a constant throughout my life so it’s never felt like ‘getting into’ it as such, but I started seriously pursuing it as a career option when I started producing around age 18/19. Seeing bands/DJ’s perform to massive crowds just filled my with envy and thus the grind began.

Usually for me I’ll come up with a chord progression on the guitar or piano and work from there, figuring out if it’ll be a long bass or short bass, how the drums will sound etc. Once I’ve got a rough verse or chorus idea I’ll start to build a vocal melody and figure out how it’ll work syllabically. After that it’s just a process of making it all work together, mixing it, and all the other boring stuff that makes it sound real tasty for your ears.

For me the music always comes first. I consider myself a producer first and a singer/songwriter second, so it’s important that the music says the most and the lyrics should fit alongside like a relationship you never knew you needed.

Haha, this one is a belter. Panic! At The Disco – I Write Sins Not Tragedies. I still remember all the lyrics from when I was younger and it makes for absolutely excellent car screaming music.

I’ve been skateboarding since I was about 12 so I don’t know if you’d consider it a talent but I definitely do that as much as I can when I’m not making music and/or locking down in an epidemic. Unfortunately the lockdown stop injury as I am a totally radical human and went out skating a lot throughout, fell a lot, broke my scaphoid bone, and now have a non-union fracture that the doctor said needs the “gunge” scraped out of. So that’s nice.

Kanye West any day of the week. I struggle to think of someone who is as well rounded of a producer and artist and fully allows their work to represent their creativeness. I know that Kanye has become synonymous with the attribution he’s given himself to a genius, but I do think that he is at the forefront of pushing the envelope of music, his endeavours in fashion, and what we’ll see in coming years as more community benefiting work. All in all a big inspiration for me.

If you could open for any artist who would it be?

Obviously Kanye, but if I have to choose someone I haven’t just won the opportunity to work in the studio with, I think it’d be someone who’s live shows are absolutely wild. I know Travis Scott’s live shows are crazy, Billie Eilish’s fans go nuts for her shows, so maybe one of those guys. I just love high energy shit.

Hopefully getting out and playing live!!! It’s unfair to more than just the music industry that everything must be brought to a halt, but as it’s our industry it’s something we can speak most about, so it would be good to see things pick up so we can all get back to enjoying sick music as one big storming goon platoon. (I haven’t said goon platoon in about 12 years).

Empty window staring for prolonged periods of time? Erratic eating behavioural patterns? Loud house parties with imaginary friends? It’s going really well. Not losing it. Nah but really, it’s not too bad apart from not being able to work and see the people I want to see. We live out in the countryside so have quite a bit of space to roam about without the hassle of bumping into anyone, but I absolutely sympathise with people living in small quarters with large families.

Majorly. Not only does it affect the artists as they aren’t being able to do what they love, and perform where they want to perform, but the audiences and fans of the artists aren’t being able to see their favourite musicians play the music they want to hear. There’s a massive community spirit at festivals and gigs, so having that stripped away so suddenly and for this amount of time is horrendous.

You can follow most of the shit I do on Instagram @leifcoffield, and other social media accounts under the same username. I’m one of the fortunate ones to have their name available at most account creation junctions. Merch will be coming out in 2021 so keep your eyes and skin peeled.

Talk us through the new track video

The video for ‘say my name’ acts as a prequel to my previous release ‘bloodstains & love notes’. It explores the toxicity of relationships but also the juxtaposition with the close intimate times. It also displays the fluidity of relationships with regards to sexual orientation. We are all human. There is such an amazing amount of diversity among us, and how someone chooses to live their life is nobody’s else’s business but their own. As long as it’s not hurting someone…(unless they’re into it?). Love is love and there are no boundaries to that.