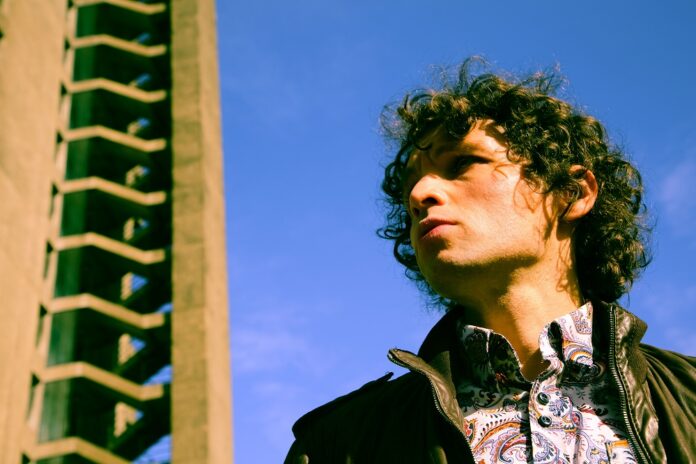 Following on from the success of his debut solo release, Indie Rock artist Gordon Taggart returns with his feel-good hit for the Summer. ‘Footsteps’ is the optimistic glass half full anthem that we all could use right now.

Recorded in various studios and home set ups, DIY artist Taggart once again took his time to self-produce this record, adding different instruments and elements to the track, before William Robertson’s mix (Mick Jagger/ Frank Turner) and Pete Maher’s mastering (Rolling Stones/U2) bring the track together, bridging the gap between the classic and the contemporary.

Off the back of well-received debut single, ‘Be The Ones, (it garnered airtime on hundreds of stations across the world and National Radio play here in the UK), the London-based South Manchester artist felt now, with Summer finally arriving, was the right time to release its follow-up.

“A pretty good blend of being a song written in a more classic sense – a short, under 3-minute track influenced by ‘60s/’70s bands but still with a modern bounce.”, Taggart succeeds in summing up exactly why he harbours such an inherent appeal. He deftly balances the timely with the timeless creating something that feels both familiar, yet truly his own.

True to his word, with a catalogue of new songs ready to be recorded and live shows about to return this is exactly what Gordon will be doing in the rest of 2021.

We caught up with Gordon following the track’s release:

I remember seeing a clip of early Elvis when I was young and being so excited. As soon as I heard songs like ‘Lucy In The Sky With Diamonds’ and found out I could sing then I was off. No looking back.

I really enjoy the recording process and letting the songs grow from the live sound. Its about keeping it as true to the sound as possible and then adding to it and roling with the inspiration in the studio. It’s a morw concentrated energy but then when it comes to vocals I can let rip like I do onstage.

9 times out of 10 it’s the music. Lyrics take a lot longer to come for me and I try not to force them too much. The only issue is sometimes the improvised stuff you come up with in the room to mark it out sticks and you end up singing about chips and what you’re having for dessert.

In the Rain by The Coral

Contrary to most bands, I love the miniature bread they give you ?

If he was still around, Bowie for sure.He was the king of collaborarion.

There’s a ton out there at the moment. I tend to listen to a lot of 60/70’s music but over the last year I’ve really made the effort to listen to more current stuff. Just off the top of my head, Shame and Genesis Owusu.

Well it’s all online at the mo (no merch?) but I’ll be setting up a Patreon page very soon. In the meantime here are the best links:

Footsteps was written a while back, pre lockdown so lyrically I didnt have any of that stuff in mind but its about trying to constantly move forward, believing in what you do and being optimistic. I tend to look back in the past a lot so it’s kind of a message to myself, if there is a message at all…a reminder to keep the faith. The music is written with Tony Kubik who I’ve worked with for years and been in bands with – he’s a fantastic guitarist with a great sound but also a great ear for melody. We always thought of this song as a bit of a little ditty but when we went to put down the first single ‘Be The Ones’, I always heard this as the follow up and in the same mould. Both tunes for the Summer!