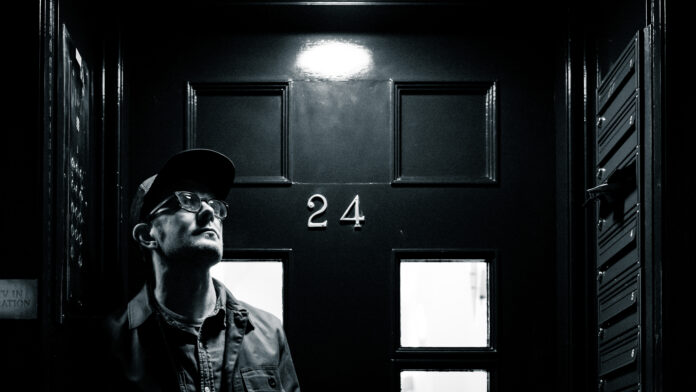 Ali MacQueen wasn’t always a singer/songwriter from East London. Growing up in a nondescript former market town in South Bedfordshire, it was a place where people would forget about their dreams, passions and true selves, or not be inspired to have any in the first place.

Though that wasn’t to stop MacQueen.

Cutting his teeth in variety of bands across the local Luton scene, he truly found his footing when a move to Nottingham saw him form The Autoplan, a band who wasted little time in building a following and moving to the bright lights of the capital.

It wasn’t to be, however. The feelings that MacQueen had put down to general exhaustion actually led to an eight-hour bout of brain surgery, the five-week recovery from which forced The Autoplan to disband.

Undeterred, MacQueen carried on writing and recording, with regular shows at at venues such as The Rhythm Factory, The Troubadour and The Lexington, with a residency at The Half Moon in Putney.

It was the latter where he was discovered by Universal’s A+R dept. They came to see him once more at Camden’s Barfly where, in a cruel twist of fate, they took an interest in Jack Garrett instead, who was on after him…

Down but not out, Ali kept plugging away but a cruel twist of fate saw him waylaid by more brain surgery to remove yet another benign brain tumour. Again necessitating another five months off.

“After that, I just lost my way and became embroiled by the lows of conforming to the whole ‘get a job, have a good career’ mentality” MacQueen explains, and after a year as a content producer on a News website, he quit his job, suffering from burnout. “I was absolutely shot, stressed and at a real low. I was in a bad place, and did some stuff that I regret, and ended up really hurting those close to me”.

Thankfully MacQueen saw this as a wake-up call. Finding his musical feet once again and submitting his demos to a smattering of independent UK labels. It was independent imprint Blaggers Records that took notice however, something that allowed MacQueen to get back in the studio and record previous single ‘Loretto’.

Now, eight months later, MacQueen is back with his second release for the label. ‘One of These Days’ is four minutes of swimmy and softly psychedelic alt rock. “The song is about change in all forms” MacQueen explains. “People have really been affected by a global pandemic and it’s highlighted how badly they’ve have been treated by governments, authorities and institutions etc. We’re all waking up to how much inequality there is – people are doing their hardest to get by, but they feel like there’s not much in return for them – and they’re right.”

Despite its seemingly downtrodden narrative, there’s a sense of optimism at play too. Undoubtedly it’s this that has kept MacQueen going too, in spite of the numerous setbacks he’s faced over the years.

Such setbacks haven’t stopped him from playing live though.

Enlisting the help of Oak Moses – who have just returned from a sold-out tour of Germany – to be his backing band, Ali has been playing to an ever- growing fanbase at Dalston’s Victoria Inn, the Amersham Arms, Bedford Esquires’ Blender Festival and Islington Radio Festival, and they have just finished supporting Echobelly on their UK tour.

Always best to follow me on instagram @alimacqueen_music and on the Ali MacQueen music facebook page. I’m always posting the latest news and gigs on those, and there’s links to all my tunes, playlists and radio appearances on there in my linktree here

The Carlton Tavern, Maida Vale, on 26 November, and then the Blaggers Records Xmas Party, Space 289, Cambridge Heath, London. I might have a couple of more announced inbetween so keep an eye on my Insta

‘One of These Days’ is my latest track on Blagger’s Records. It’s a bit different from my last release, ‘Loretto’. When I first started writing it, I was imagining it was going to be this slightly trippy/folky 60s psych tune. Then it changed into this chord refrain that Simon Aldred (from Cherryghost) or William the Conqueror (the musician, not the soldier guy) might have written – a really strong tune to announce or introduce yourself with. The video was shot around the Deepcut army barracks and this really cool old church nearby, which looks like it should be in the Deep South.

Watching Elton John playing Crocodile Rock on The Muppet Show. The Muppets were probably the overriding factor, but the song wasn’t bad either. That, and my sister playing The Stone Roses’ ‘She Bangs The Drums’ in her bedroom. I heard it, and wanted to make a sound just like that. It was a real “That’s what I wanna do” moment.

What comes first: lyrics or music?

It’s almost different every time – I’d say music comes first 70% of the time, but the songs where the melody comes first are almost always the better ones. Then I go back through my lyric notebooks and pick the ones I like that fit the melody or the vibe of the song. The ones where I come up with the lyrics first are usually shite.

I think it’s different every time. Loretto was written after I saw some graffiti by an artist called Loretto; then another new one was written after seeing a slightly dapper older man in a bar, accompanied by a woman who could have been either his carer or a younger wife. He was just talking at/with her probably just so he had some company and wasn’t hanging around Wetherspoons like other men his age. So I wrote it from his perspective and hers.

Who is the most annoying band member?

Probably me. I’m the one asking people to play gigs and organising practices, and making sure everyone arrives on time to said gigs. Then I’m sending demos of songs over WhatsApp and hassling them to listen to it so we can learn them for the next practice. I know they all slightly dislike me for it, but then we get to the gigs or practices and all is pretty much ok.

I think it’s trying to keep a music career going while having two unplanned brain surgeries in 9 years, it kind of wiped out most of the late 2000s and early 2010s. I’d get bands, songs and gigs going, and then it would just stop, I’d have a long period of recovery, put myself back together, pick myself up and slowly start again. That might explain why I’m starting a bit later than most, but then I’ve got a bit more to say now someone’s opened up your head for 8 hours at a time.

You need to be checking out a ton of them: Tom Bright is a songwriter who’s just about to hit the big time – he’s just collaborated with Ed Harcourt on his new album Legacy, which is full of some really understated songs, which are more powerful because he doesn’t go in for the big “anthemy heartfelt” thing. He also just LOVES music, puts on his own acoustic-led music nights at various pubs/venues and gets loads of musicians to play on them. A couple of other people you should check out are ShadowBones, JW Paris and The Kecks – they’ve just been recording a new tune with Gordon Raphael, so watch out for them.

I’ve always thought I’d love to collaborate with Butch Vig who produced Nirvana, Smashing Pumpkins and Garbage. I think he just gets a great sound, and am sure he’d have loads of cool ideas (and stories too!).

What has been the best gig you’ve ever played and why?
I think when we supported Echobelly at Bedford Esquires, that was a great gig. The crowd was really into it, because our tunes do have a late 90s indie feel, and they were really vibing off that. It also just came together that night – a few of the songs we played were the first time we ever played them live. It was risky but we were buzzing off that energy that we’d be able to make them sound ok. And then when we did, we were just enjoying it even more – it was top.