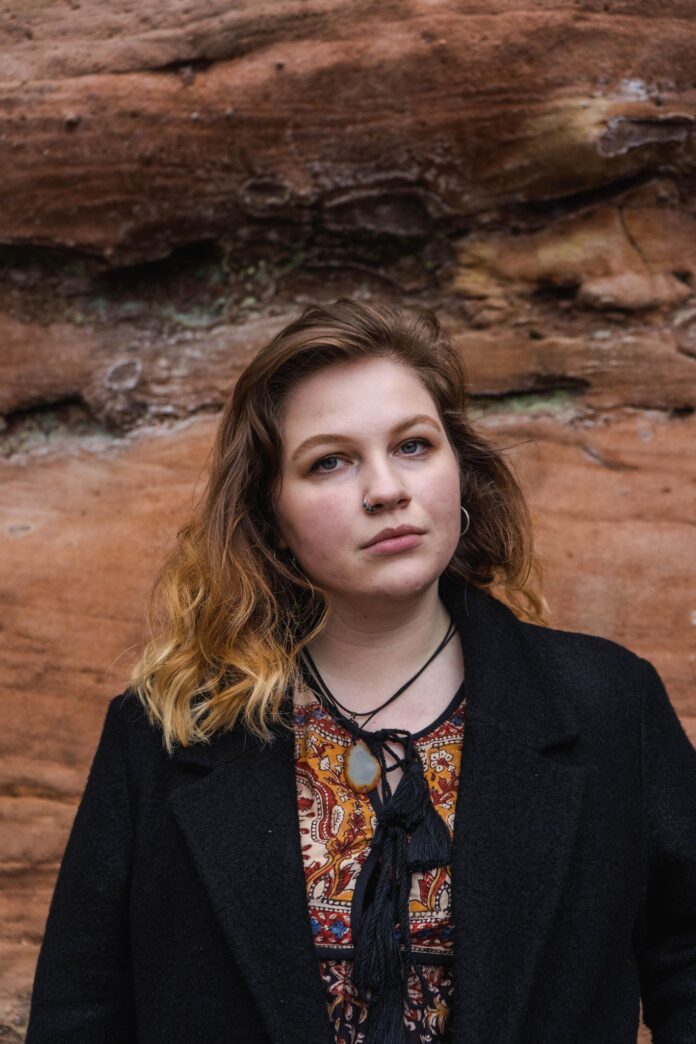 22 year-old Manchester-based singer-songwriter and multi-instrumentalist Antonia has been writing and performing music from an early age, and playing various shows in her hometown of Wrexham since her early teens.

‘Headlights’ is the haunting debut single, released under the alias ‘Nela’s Odyssey’, that will make Antonia’s mark on the Manchester music scene, released through independent label, Someone Great Records.

Written and performed by Antonia with production from Matt Davies of award-winning indie-pop duo Sleepyhead, Headlights takes inspiration from the indie folk-rock sound that Antonia grew up listening to, harbouring nods to the complex and euphoric sounds of Ben Howard and Bon Iver. The track starts off slow, with its minimalist vocals taking centre stage, the steading building acoustic sounds and percussion creating a melancholic yet powerful finishing chorus.

“Headlights was a natural choice for my first single,” explains Antonia “I wrote this track at the age of 17 when I was just starting to discover myself. The song is about soul-searching and knowing that there is something better out there for you but having no idea what it is. I like to think that towards the end of the song there is a light at the end of the tunnel and a sense of optimism; that growth and change is inevitable”

We caught up with her following the track’s release:

I started piano lessons when I was five then flute when I was a bit older. I spent my youth playing in orchestras before discovering that I enjoyed writing and performing my own music a lot more!

Melodies always come first! They seem to pop into my head quite randomly and I’ll find myself singing into the voice recorder on my phone in weird places so I don’t forget the idea. I usually have some pretty terrible provisional lyrics then I’ll rewrite them in a more poetic style.

A can of Shindigger- Mango Unchained and pre-show snack, probably a Mars bar.

What other talents do you have? (kazop playing, champion toast burner…._ When I’m not making music I’m usually writing about other people’s tunes as a freelancer or sculpting with clay! Doesn’t hurt to have a few different hobbies.

If you could collaborate with any band / person / producer who would it be? If I could choose anybody it would probably be Grimes. She’d probably make my sad songs into big euphoric pop tracks, her production is magical!

Right now it would probably be Japanese Breakfast. She creates amazing melodies and lyrics and I like to think that her audience would like my music too but I could never compare myself to her!

sleepyhead- Matt from sleepyhead produced and mixed my debut single and did an amazing job. They’re an indie pop/rock duo and every song is a banger.

I’ve just released my debut single Headlights. Slow Dreampop/indie with a euphoric ending. It’s about knowing that there’s something better out there for you but not knowing where to go looking for it. It’s kind of optimistic. I built the song around a simple guitar riff and vocals and I love the final result; it’s got lots of layers to it.