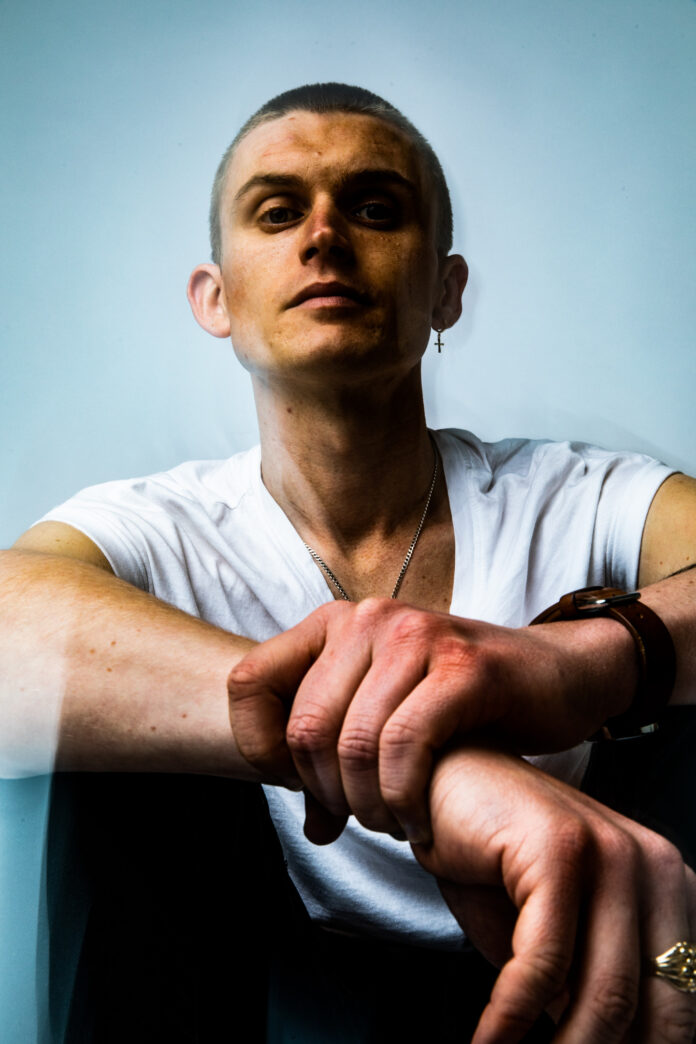 With singles Kamikaze and Heat released in short succession earlier this year receiving praise from the likes of Amazing Radio, Acid Stag and Record of the Day, Harry Heart has struck three-for-three with the new single Guaranteed Peace, announcing his upcoming debut album Summon It.

Continuing his recent thread of hard-hitting singles, Guaranteed Peace is the latest display of “emphatic energy and nothing but raw power” (Reyt Good Magazine) from British-Australian artist Harry Heart, with an in-your-face indie rock swagger akin to The Verve, The Stone Roses and The Killers.

Mixed by Kennie Takahashi (The Black Keys, U2, Danger Mouse), Guaranteed Peace is a sore tale about being stood up by another artist. “A friend of a friend asked if we could head to the studio together while he was in town on tour” Heart explains. “He never showed, poor form, so I headed to the studio and had this song down in about four hours. Anger always gets the job done.” Three minutes of brooding alt-pop built around shifting textures and Heart’s own idiosyncratic vocal delivery, it proves a cathartic release for Heart sure, but also for his listeners.

We caught up with Harry following the track’s release:

The songs I’ve with band arrangements come from plugging into an amp, singing through a PA, and making horrendous noises until something sticks, often with an arpeggiated synth loop running through the PA to create some muddy confusion and atmosphere. Once I’ve heard something I like, I’ll start recording a demo with all instrumentation as quickly as I can. Strike while the tinnitus is still ringing.

Because I demo songs with full instrumentation so often, it can actually be a case of figuring out how to make the studio sound work on stage. Sometimes once the song’s played live with a band I realise I was way off on the demo and need to draw from the live version. We only play the songs that sound great on stage, if it’s not working live then we don’t force it.

It’s usually a case of playing a little movement on guitar or keys that immediately make me want to find vocals to accompany it. The lyrics are nonsensical for a while until the right words start appearing.

In December 2020 I played my first show after moving to Manchester. It was a little open mic night at Cane and Grain in Northern Quarter hosted by Joe McAdam. I’d never felt more at home as a musician.

Josh Homme, I’d love to be a part of Desert Sessions.

It wasn’t advice given directly to me, but Mark Twain said that if you tell the truth you don’t have to remember anything. I think that’s what he said, it’s hard to remember because I’m making it up.

Like most of us I’ll be going to gigs, playing shows, seeing friends and family again. I’ve got such a great live band together and we haven’t played our first show in the UK yet! So that’s top priority.

I’m still getting to know Manchester, but somehow during lockdown I still feel very connected to the other artists I’ve met here, so many of them blow me away with their originality. I’ve met some incredible artists from all around Australia too. I try and showcase my favourite emerging acts from the UK and Australia each month on my online show The Connect (mixcloud.com/kindagrizzly).

Easiest way to stay in the loop is to head to my website https://www.harryheart.com/ and subscribe to the mailing list. You’ll find every link that you could possibly need there, including our label Kinda Grizzly’s store where you can buy a sweet sweet Harry Heart shirt.