Introducing Manchester’s NO Vacancies and Their New Single ‘This Feeling’ 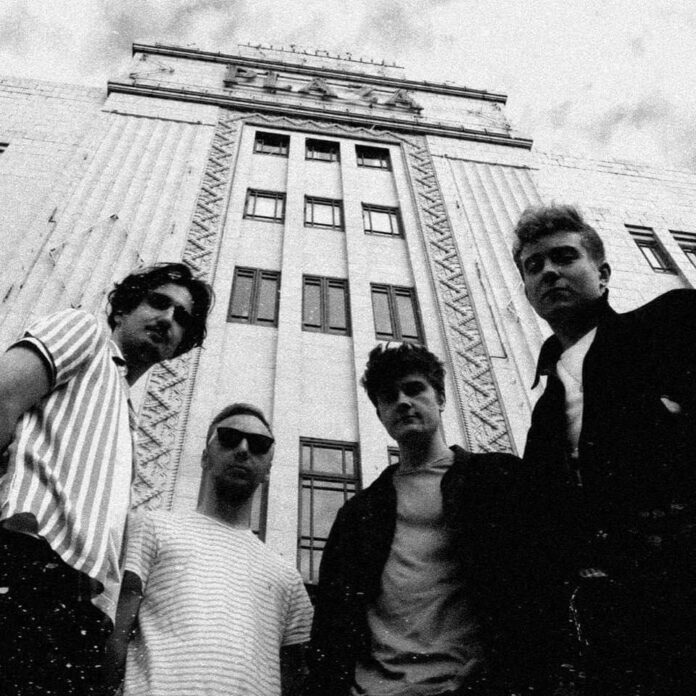 Though the foundations of the band were laid in a Birmingham garage back in 2019, it wasn’t until a move to Manchester saw lead singer Will, and drummer George, meet Salfordian bassist Ben, and Swiss lead guitarist Cédric.

Since then, the band have been turning heads in their adopted hometown, both on stage and off, with a number of well received shows (including a supporting slot with King Nun back in 2020) bolstering the band’s inimitable brand of indie rock ‘n’ roll, designed with the one intention of getting arses off seats.

The latest of which, ‘This Feeling’ was recorded with number one selling producer Al Groves and is yet another example of why the four-piece have been causing a stir across their city. “Our aim is to bring back that meaty rock sound that seems to have been lost over recent years” the band explain “we think this, paired with our previous release ‘Bad Habits’, are perfect examples of this.”

They’re not wrong. With a chunky bass riff kicking things off, coupled with a driving lead guitar pushing the track towards the first chorus, it’s a track steeped in indie influence while managing to retain all of No Vacancies’ idiosyncratic attitude. Expect to see much more from this band soon.

Were a rock band with songs that get arses off seats.

9 times out of 10 our music comes first, we then write the vocal melody and finally make some slight changes musically so it seems to stick together as a unit of a song not just parts.

This can change from song to song dependant on who in the band has the first idea. Its normally down to new music we find and different techniques and tones we learn!

George and will moved to Manchester from Birmingham, they were renting a shared practice room at brunswick mill studios and the other band split up. Thats where we found bassist benji and our ex lead guitarist Lewis. Once Lewis had left we were on the hunt and Cedric happened to be moving over to Manchester from France and the timing was perfect. Everything happens for a reason.

Who is most annoying band member?

Benji, he knows he is and he wouldn’t be the same loveable idiot if he was any different

I think our latest gig at off the square was the favourite for all of us to date. Our fans were singing along and moving like never before. We know this will continue and get better and better for each show!

Todays industry kind of excludes the opportunity to be picked up from talent only. You can be the best band in the world but if your not selling tickets to fans it highly unlikely you will be picked up. Its seems like you need to be a musician and a business person to have any hope.

You should definitely check out a few bands! Highly Suspect are cool, we have been listening to bands like Feet and Palace too. Greta Van Fleet are also great to check out Very Led Zeppelin like! Gang of Youths are also smashing it at the moment.

We actually have the energy in the studio too we found that movement becomes a habit in the practice room and translates onto the stage in shows.

Finding new fans who know our music and having a good conversation with them about other music interests. We have had a great reception since coming back and its noce to see that we didn’t stop growing during the pandemic.

The Manchester music scene is brilliant, There’s nothing like playing a show in a dingy basement in the Northern quarter.

It seems the people of Manchester know exactly what proper music is and you can see that from the history of artists emerging from Manchester!