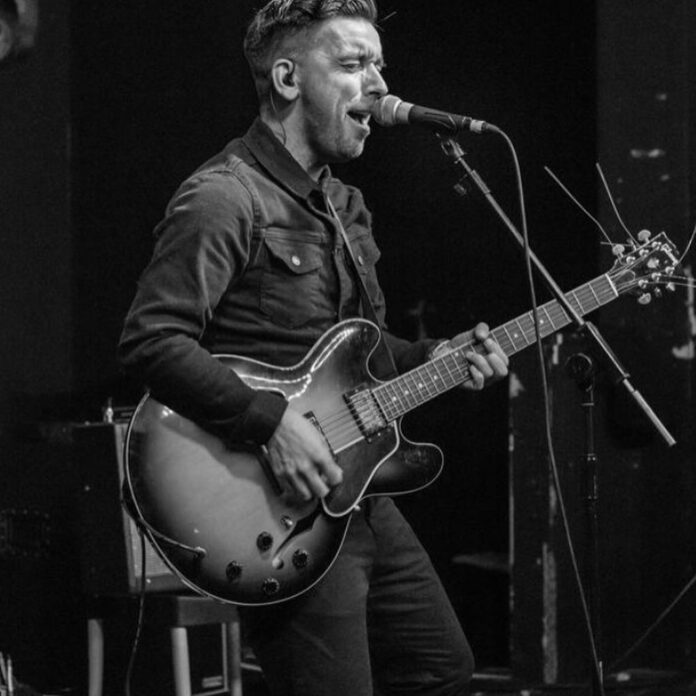 Born in Sheffield, Paul Fletcher has been navigating his city’s music scene for as long as he can remember.

A singer, songwriter, and producer, Paul spent two years as lead song writer and guitarist with the indie band Blind Drivers, Paul left to concentrate on production duties and writing projects for a number of established pop acts, which has led to several tracks breaking into the top 40 UK charts.

Not content with just being behind a desk however, Paul took the punt as a solo artist, writing and recording 2019’s ‘Rewind Your Soul’ before signing a further deal under the Paul Fletcher and Dukes banner to write and record three more albums. The first of those albums, In the Blink of an Eye finds Paul’s seeking a deeper meaning, tackling love, friendships and loss, whilst creating catchy choruses that will inevitably see crowds connecting with the artist and songs. The first single, ‘Bright City Light’s’, is influenced by the ‘70s New York’s music scene, however, it also manages to keep one foot planted firmly in Sheffield.

Described by Paul as being “a song about being a relationship where you’re in a group and it’s as if you must stay in it because of the other people in the group, we’ve all been there.  When it does break up, then you’re being questioned as to why it’s broken up – if that makes sense. It’s euphoric, it’s explaining that situation, but then saying ‘fuck it’ lets just dance and have a great time as you’re free of that burden. It’s all going to be ok.”

We caught up with Paul following the track’s release:

I’ve always loved music – my first memory, was listening to French & Saunders for a charity programme, and my mum wouldn’t buy me the CD, she said I should listen to the original. So she got the vinyl out of ‘Help’ by the Beatles, I had to listen to it from the first half of that album from start to finish as I wasn’t allowed to stop the record. I was hooked ever since.

We record live – so we don’t build the track up, we’ll set up as if were doing a live gig and play live. So you can see each other, look at each other, it’s as if you are playing live.

Neither for me – if I want to write a song, I don’t set out to write a song, I sit at my guitar/piano and play around until I find something but I’ll be constantly signing and words/lyrics come out until I finally get something I really like and I record it at the same time – chop it all together for it to become a song. Never wrote a lyric to put music too or visa versa, all happens organically.

02 Academy in Sheffield – everybody loved it, great atmosphere and everyone seemed to be really up for it. All the bands we played with were fantastic as well – great night all round!

What other talents do you have? (kazoo playing, champion toast burner….)

That would be telling…

I’d like more Government support for venues, especially through this period – but I also think I’d like bands to be more supportive of one another and encourage newer bands to go and support each other. Ultimately everyone started somewhere.

I’d like to be in a room with Phil Spector – not only was he such a great producer, but he was also mad! Think it would be a great experience, on every level.

Awful. Venues are shut, cant play your music. One of the reasons why you write music, is to get it heard – if you cant go out and play your music, it’s the reason why you do it! I miss it so much, but I cant wait because its going to come back and it’ll come back with such a massive force that it’ll be better than ever! People will appreciate it more.