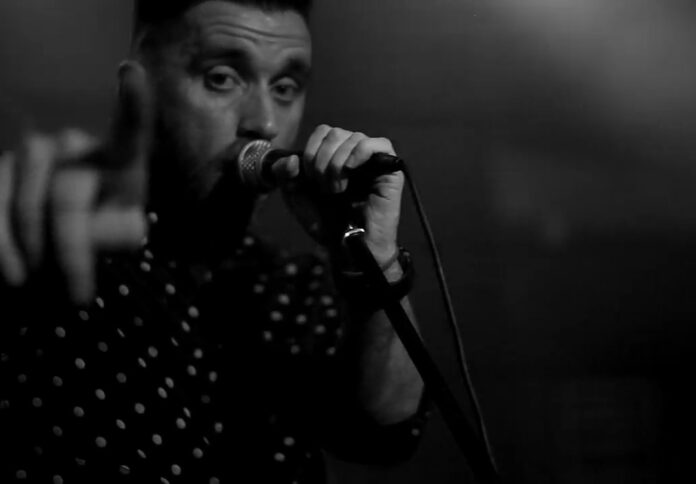 Born in Sheffield, Paul Fletcher has been navigating his city’s music scene for as long as he can remember. A singer, songwriter, and producer, Paul spent two years as lead song writer and guitarist with the indie band Blind Drivers, Paul left to concentrate on production duties and writing projects for a number of established pop acts, which has led to several tracks breaking into the Top 40 UK charts.

Not content with just being behind a desk however, Paul took the punt as a solo artist, writing and recording 2019’s ‘Rewind Your Soul’ before signing a further deal under the Paul Fletcher and Dukes banner to write and record three more albums.

The second single to be taken from his forthcoming new album is Starts and Ends With You, and is something of a departure from the upbeat freneticism of previous track ‘Bright City Light’s’, ‘Starts And Ends With You’ is four minutes of soaring electronic indie rock that smacks of contemporary Manchester bands such as The Slow Readers Club.

Described by Paul as being “about everything starting and finishing with that one person – we’ve all been there emotionally. It’s a little bit like ‘you can’t live with them, you can’t live without them’. The song was around for a while in different guises, however, when we revisited it for the album, it just felt right with this group of songs. We open the set with this song. The hook is just catchy, you can’t get away from it. As much as it’s a catchy pop tune, you can’t ignore there’s an emotion in the song. The end is powerful, meaningful, and emotional! We felt the production lent itself well toom, having an electronic vibe, so it’s a bit of me dothing my cap to the sounds of Sheffield past, too.”

We caught up with Paul following the track’s release:

Hey guys, thanks for taking the time to answer our questions.

Really good at the mo, just can’t wait to get out playing live again.

Can you introduce yourself in less than 10 words?

How did you get together and start making music?

Paul Fletcher and The Dukes has been around as a project for about 5 years. We’ve had a few line ups. This line up came about by music relationships. Stephen (our Drummer) knew Kirsty and has been in bands with her before. When our bass player moved home, he asked if she fancied coming to the studio and playing on a few tracks. From that point onwards she’s been in the band, she made such a big impression. Mike was introduced to me via another bass player when Simon (our former lead guitarist) moved to Leeds. I love this line though, it’s great to have input and challenging the writing process. Before it’s been my that writes the songs and has the arrangements already planned in my head. With this line up, it’s more I write on an acoustic guitar and the guys all put their imprint on the song. I think that’s a healthy way of working together as people don’t feel that their input isn’t needed. I think this album is a real testament to to these guys abilities as musicians. Certainly live, they’ve brought a new angle to it all, it’s very exciting.

You’ve just released your new single ‘Starts amd Ends With You’. What’s the reception been like so far?

It been mega, I’ve seen about 5 reviews and there’s a lot of love for this track. We open the set with it, it’s always been a favourite to play. All good, and I’m excited to see where it takes us. I do think songs should take bands on a journey. I think it’s also different to the first single ‘Bright City Lights.’ The next single is a Ballard, backed with a string quartet, so it shows as a band were versatile.

Can you tell us a bit more about the track?

We’ve all been there, when you’re in a relationship and it ends and you can’t see passed what’s gone. It’s a song about loss, wanting to change things and take them back to what they were. It’s not a sad song though. To me it’s a celebration of that relationship and moving on, not forgetting the good times though, and the bad. I think people will relate to it!

It was recorded over the UK’s first lockdown last year, but how else did you guys get through things?

The song was written about 3 years ago, but it was only when we went into the studio with Dave Sanderson, that it really began to take shape. Over the last years I’ve written two more EPs that we’ve done the demos for and I can’t wait to get into the studio. I know and have done lots of distance recording with other artists, but I like to be present when doing Dukes stuff. One of the EPs will be epic, lots of atmosphere and space, orchestras etc. The other is a seriously upbeat summer EP. I think EPs are the way forward for me as I want to keep evolving as an artist.

Any hobbies or skills you want to tell us about?

Not really. I love my football. I’m a Sheffield Wednesday fan so not much to talk about there at the moment.

With live shows now seemingly on the horizon again, are there any plans in place for gigs or tours?

Were getting booked for festivals and gigs, and we’re ready to travel and play anywhere. I think we’re all ready for it!

Are there any other bands you think we should be checking out currently?

God there’s loads about, too many to mention. I love The Clockworks, Alvarez Kings, Caroline and The Lights, Fleur Rouge, Lewis and The Shakers to name a few. I’m working with Holly Tandy (x factor) and a 17 year old called Lottie and some of the tracks we’ve are spectacular – even if I say so myself.

Finally, what can we expect from you guys throughout the rest of 2021?

I’m hoping that we can get the two EPs out by the close of year and play as many gigs as we can.