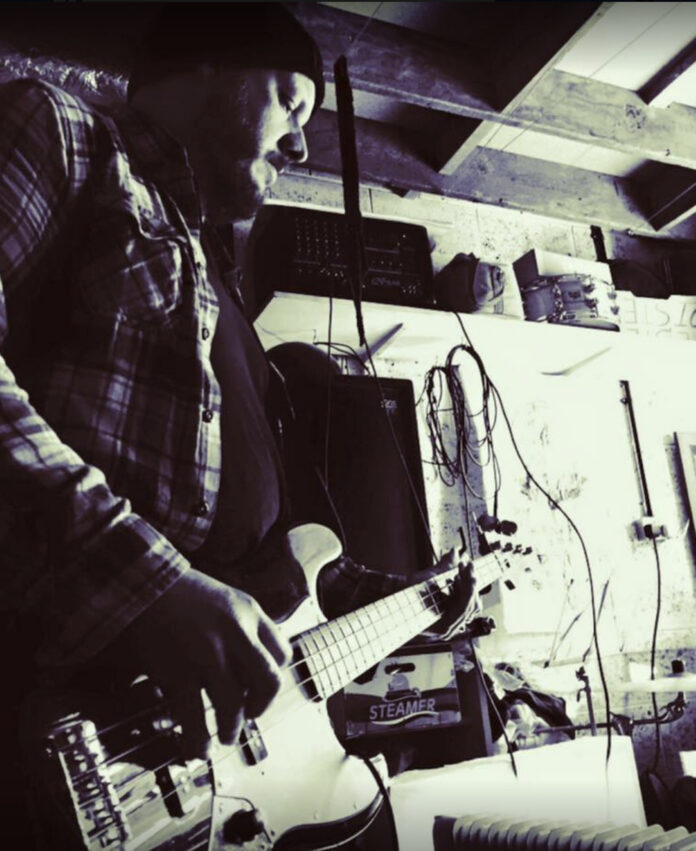 As a musician, it’s not every day you can be credited with creating your own genre, but then, not all musicians are Ruiz!. The mysteriously named moniker of Sheffield multi-instrumentalist Hugh Ruiz Robert, Ruiz!’s music is a mind-bending amalgamation of ‘60s rock’n’roll, electronica, punk and psychedelia that when combined make what Sheffield royalty John McClure coined as Iberian Psych.

Recorded over the UK’s first national lockdown and armed with little more than a laptop and some live instruments, Ruiz! set about laying the foundations for what has since become his forthcoming album Mind Games and the resulting singles.

Blue Mediterranean is the most recent of which. Three minutes of swimmy psych rock backboned by a chunky Smashing Pumpkins esque riff, it’s a track interested in both exploring ideas of mental health and the sense of escape everyone is clamouring for.

“Blue Mediterranean is a song about depression and a sense of slowly going mad” explains Ruiz! “When the world gets too much and you find yourself dragging your feet everywhere you go, what can you do? Is it a reflection on today’s Corona infused Groundhog Day world we live in? The pandemic has affected the population of the world. The Mediterranean is a warm and safe place inside my head, and I can’t get there any other way. Do you have a place you dream of? Childhood memories of happy days”

We caught up with Ruiz! following the track’s release:

Hi Ruiz, thanks for taking the time for answering our questions again. How’s things been with you?

Great, really busy, but great. I’m a teacher by day and it’s been good to get back into school after what can only be described as very difficult time all round. Just got the final mixes in for the album due out late May, early June. It’s called Mind Games and will be out on Only Fruit Recordings like the three singles.

You’ve just released your new single ‘Blue Mediterranean’. What’s the story behind that?

It’s weird as I didn’t really know until I’d finished it. I write and record the music first, the I listen to it and see what it inspires. Blue Mediterranean is a song about how to remain mentally healthy when the world around you crashes in on you. It’s a message from my subconscious mind to the conscious me. As a child I used to spend many happy summers in Sitges, near Barcelona. I always used to go and sit on the beach and stare out to sea when things got hideous at home. In my dreams I find myself there and it makes me happy. It’s the place where I can go. It’s a song to remind us that when things get tough, there is still a way out. Keep breathing, the world is a good place even if at times
that’s hard to see.

The press release mentions that it partly harks back to your childhood. Sheffield is a little different from Spain. What’s the story behind the move?

I came to the UK as a baby. My dad had very lefty political views which clashed with the then fascist dictator Franco’s. My dad was a staunch Catalanist and as such I grew up with only Catalan spoken at home. Back in Spain people who wished to keep their regional identity and culture were told to conform or were ‘taken for a walk’ they didn’t come back from. He moved to the Uk. I grew up in Durham and came to Sheffield as a student where I have remained. I love it here. I spent a year living in Barcelona quite a few years back and I really missed the place and its people. The vibe, the
culture, the music… Sheffield is where I feel at home.

How do the music scenes differ between the UK and Spain?

There are a lot of bands in both places. I would definitely say the music and quality of bands is far superior here in the Uk but there are some awesome bands and scenes in Barcelona and Madrid. I would say though that people in Spain enjoy music and fiestas a lot. There’s less pretences there and people love seeing any live art including bands. There’s less of the going to see a band to see if they’re better than your band vibe.

Who are some of your biggest influences?

My biggest influences musically is the Beatles. I’ve grown up with them since I was very young. At home we only really listened to classical and Cuban music as a child (my mum’s mum was Cuban). One day my uncle visited and left us with the Beatles Red Album, shortly followed by the Blue one
and a few years later Abbey Road. I bought the others as I grew older. I used to play along to the bass lines on my cello. I could listen to them on a loop, constantly. I covered Across the Universe, it’s on my website if you fancy a listen (www.ruizmusic.net).
I would add Adam and the Ants Dirk Wears White Socks and Kings of The Wild Frontiers era as well as The Jam , Police and more electronic music like OMD, Human League, Kraftwerk. I love the work of Matt Johnson and The The, my last single (Please baby please), I’ve been told, reminded people of it. The Super Fury Animals and their massive musical variance has been quite influential. I love Psych and the 60s/70s in general mixed with the harmonies of Crosby, Stills, Nash and Young, Brian Wilson etc

Similarly though perhaps more importantly, are there any local Sheffield acts you want to big up?

I’m a bit out of the loop. I used to be in a band called obLONG (links via the website) and our singer Tracy (she’s amazing) has a new project that I’d like to big up, Surreal Appeal.
I love all the music that Adrian Flanagan and Dean Honer create, such as the Moonlandingz, The Eccentronic Research Council and the International Teachers of Pop amongst many!

What’s a piece of industry advice that you wish you’d been given earlier?

Nobody is going to sign you unless you are on the top of your game. Hard work pays, and actually it doesn’t really matter what anybody else thinks. Be true to yourself and don’t try and be something you’re not. They sound like cliches, it’s all true though.

Have you got any more releases in the pipeline?

Yes, my album, Mind Games, will be out in a few months and there’s another single off the album coming out too after the album. I’m constantly recording with at least 1/3rd of album número 2 completed. I’ll also be dropping a few more videos into the mix on my YouTube channel
(www.youtube.com/hughbiedoo) so please subscribe. It’s all very exciting.

Similarly, with the world tentatively getting back to normal, what are your plans for when it does? Musical and otherwise?

My next stage is to get a band together and do some gigs. It’s going to be a bit weird as I’ve gone from being only ‘the bass player’ in bands to being the everything player. What should I play? That’s going to be loads of fun. Otherwise, I’d like to see my mum who I’ve not seen for two years and my sister et famille, who relocated back to the Toon (Newcastle Upon Tyne) after 13 years of living far far away. They’ve been back in the UK since September but due to Covid restrictions we’ve not managed to hook up yet!
Keep on keeping on!