Home Music Introducing & the stomping new single ‘Do You Love Me Yet’... 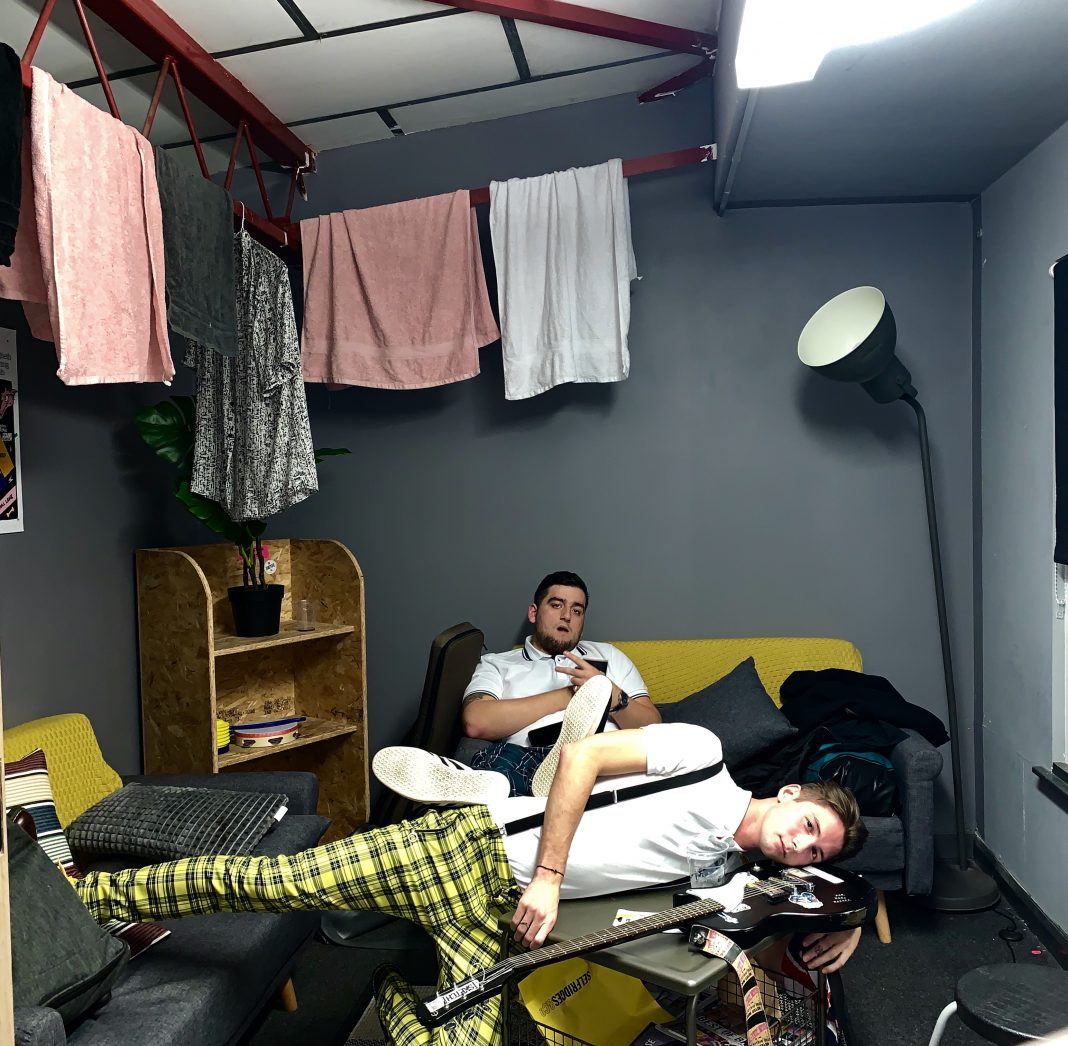 With a drummer like Keith Moon, guitars homaging the greats and a front man like Jarvis Cocker, [SKETCH] certainly know how to entertain.

This rock 4-piece were ‘Made In Brum’ and they carry their city on their back. From their own headlines in Birmingham’s O2 Academy3 and O2 Institute3 to playing at Biffy Clyro’s after party in Birmingham,

[SKETCH] are the definition of a ‘Live Band’. Hailed as a “cross over between Buzzcocks and the Libertines”, [SKETCH] have also converted this energy into their studio work. The hotly anticipated “Do You Love Me Yet” is a huge crowd favourite, recorded at the award winning Magic Garden Studios and is now being released! With support from the likes of Ace from legendary British band Skunk Anansie, the Prodigy’s Kieron Pepper and award winning producer Gavin Monaghan, [SKETCH] are excited to share with the world what they like to call “a truly great stomper of a track”.

Northern Revive: So as its lock down we can’t interview you face to face and we can’t come see your gig but we can still introduce you to our readers….. So Introduce yourself in less than 10 words please?

[SKETCH]: First of all, Hi guys and thank you for taking the time to speak with us. Our writing process if fairly simple. Foley and Robbo (Frontman and Drummer) usually sit down with a guitar and a lot of alcohol and write the main structures to most songs. Then they’re taken into rehearsal where they’re poked and finetuned until we have a finished piece. The only rule we have when writing is that all of our songs must be based on a true story, we’ve never written about something we haven’t experienced and like to see a good party as ‘research’ for future song projects! 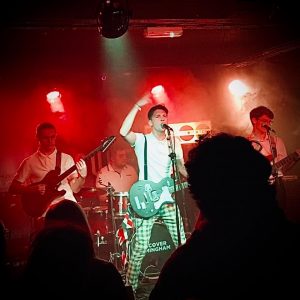 [SKETCH]: Energetic, sweaty entertainment is what we pride ourselves on and in our first few studio experiences we found this hard to show in a finished record. However, Foley and Robbo have a passion to party and when they bring this energy to the studio, we find it easier to recreate our live sound on record. We find having a good balance of this, hard work and experimentation creates the most effective work. Also, we love working with our producer Gavin Monaghan who gets the best out of us and can capture our sound well.

[SKETCH]: In terms of hype, we played a show last year sponsored by Jack Daniels and happened to be the party of choice for Biffy Clyro who were in town that night, that was pretty cool. But for our own crowd we played a festival in Oxford where the tent was bursting at the seams and during our set someone was (with their permission) zipped up and locked in a suitcase and rolled down a hill; That one always stands out! Other notable shows have been our headlines at the O2 Academy3 and O2 Institute3 in Birmingham, although we’ve headlined them a few times each time is more special and we love playing to a good Birmingham crowd. However, we haven’t been up North to see you guys yet so watch this space and you’ll have to ask us again once we’ve seen what you’ve got going on.

[SKETCH]: Haha, Robbo wishes he could even burn toast well! He’s not the best chef in the world. Robbo and Foley can’t say no to a party and claim that together, have never been out-drank in a night (if you can call that talent?) Foley can play the trumpet well and always finds an excuse to do the worm on a night out and Robbo can do the fast bit to Eminem’s “Rap God”. Our guitarist Joe has a great podcast and has a talent for asking the right questions to guests and always seems to get exclusives. Our bassist Sam has a great disappearing trick where he only needs one pint to not be seen again the entire night which we think is impressive.

[SKETCH]: First of all we need to catch up on gigs we were booked to play before lockdown. We had great gigs lined up supporting the likes of ‘Rews’ and ‘Hands Off Gretel’ amongst others. We’re also ready to get back into the studio as well as seeing our fans again. We have a great community of people at our shows and love spending time with them, we would say this is the most important thing to get back to.


[SKETCH]: We were lucky as we had just wrapped up recording our next single in February, so we’ve been sitting on this record for a few months. Other bands haven’t had this luxury and don’t know where their next activity will come from. On a large scale, as we’re sure you’ve seen the music sector is really being tested, however we intend to roll our sleeves up and cracking again when lockdown is over. We think that the people have realised how much music means to them during lockdown, and although this love and money needs to be shared, this shows the importance of our sector. People will never stop listening to music. A lot of people have a defeatist attitude at the minute, however we feel with this mindset you won’t succeed at any point. It’s crucial to stay positive and don’t be afraid of hard work.

[SKETCH]: As our tagline suggests, we’re “Made In Brum” and we couldn’t be prouder to represent Birmingham. We feel like the city gets bad press a lot of the time and a lot of the bad hype just isn’t true. We have a great scene that’s cooking at the moment with some great Artists and hopefully with this single we can put Birmingham on the map with our scene just like Artists like Jaykae and Mist have done with the grime scene.

[SKETCH]: We’re always active on our social media which is @sketchbanduk on Facebook and Instagram. We post most updates there but the best way to find out about us is to come and meet us or message us if you think you’ve got a great scene we can’t say no to a party anywhere. We have new clothing merch being designed as we speak but our most popular merch at the minute is our [SKETCH] lighters and bottle openers, which you can get at every gig but we’re also making them available online too! We’ll be sure to send you guys some…

[SKETCH]: We’re so excited to finally be able to release this track. It’s called “Do You Love Me Yet” and in the words of Robbo, “it’s an absolute stomper”. You’ll have to listen and see for yourself if this is an apt description when the song is released everywhere on Friday 17th July. We’re not quite sure what exact genre this fits into, however we’ve been told it’s IMPOSSIBLE to play quiet and has to be turned up, also it sounds great in the car, and when drinking (but not at the same time!) It’s attracting attention which we love and we can’t wait for everyone to be able to finally hear it. It’s definitely our best work and we feel will be our “stomping” entrance onto a wider scene.