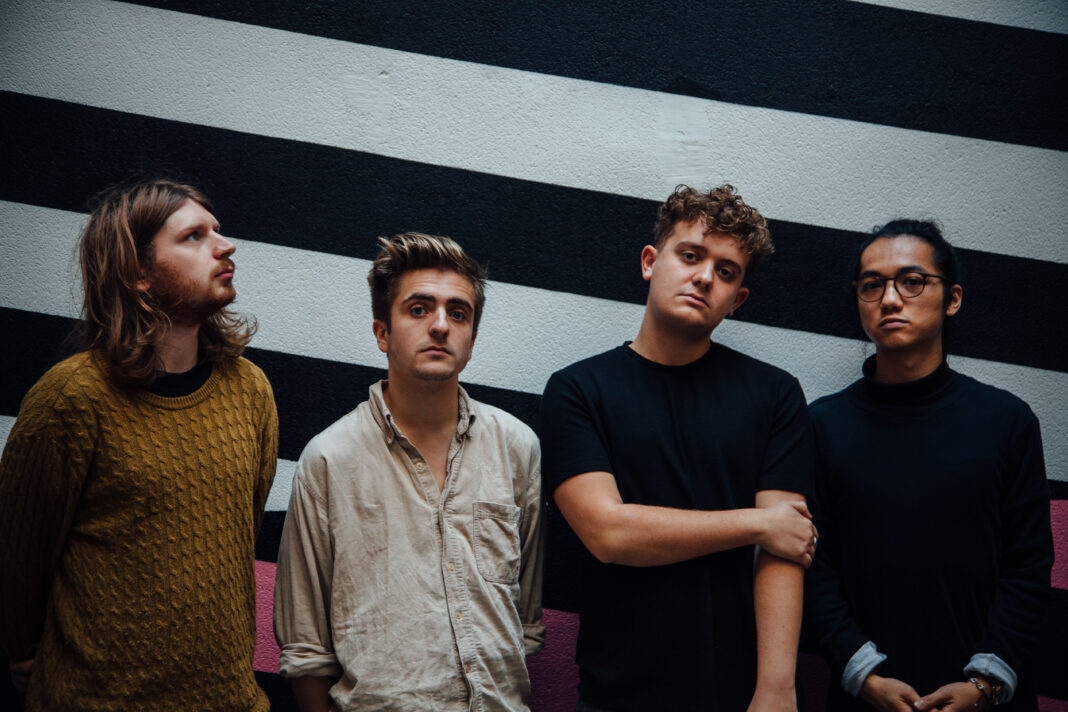 A global pandemic might not be the best time for a new band to try and get their feet off the ground. But Manchester four-piece Sour Honey, aren’t just any band.

Formed out of two Manchester bands, Young Monarch and Cosmo Calling, Sour Honey dropped their debut single ‘Dennis’ just days before the UK’s lockdown was announced, turning heads of industry tastemakers right from the word go thanks to its combination of heady shoegaze and ‘90s college rock. Its launch party however, and what would have been Sour Honey’s debut gig, wasn’t so lucky; the show inevitably being postponed just two days before lockdown. Thankfully, lockdown did enable the band to focus fully on their music, releasing a string of cover videos that have been crucial in allowing them to garner an early fanbase.
Perhaps equally as important however, is that it also gave rise to Sour Honey’s second single ‘Snub’ released September 4th.

Northern Revive: Please introduce yourself in less than 10 words…..

Harry: We’ve all always been into it, we studied together at college and after we finished decided that it was time to get a band going together.

Darragh: I think it was like most people in music, we just looked at the bands we listened to as kids and went ‘Yeah, I wanna do that!’.

Harry: Someone will bring a tune in, could be anyone and we’ll have a demoing process and rehearse the tune to see if it clicks. Obviously with Coronavirus the writing process for us recently has been entirely demo focussed. We’ve been sending each other tunes, facetime to discuss them and then we’ll send them back and forth.

Darragh: We have tracks that were born out of jamming too – to be honest there’s no one way we do it and I think that’s cool; keeps us on our toes.

Harry: That’s a weird one for us. Our band’s turnaround has been really quick, so we’ve only been together for about 6 months. Our first gig was our debut single launch which got cancelled because of Covid. So one of the beautiful things for us is no one has been able to see us live, so people will be seeing us for the first time. We’ll definitely be bringing out a show though that displays just what the band is about. We were ready to go before the lockdown so now we’re just even more prepared with loads of music.

Darragh: All of us have been in bands before and so have done plenty of performing, so there’s enough of that onstage energy lying around to draw from – although I definitely have a different mindset in the studio to onstage…

Harry: Totally depends on the mood, how many people are there, and how hungover Harry is.

Darragh: It also depends on whose idea it is, and how it came about; we all have naturally different approaches. When I write it’s often very lyrically driven, but then like I said we have songs that came from a riff that we all went ‘that’s ace!’ to.

Harry: We met at Uni, we all played in two separate bands in that time and did our gigging miles, and then two halves of us came together after Uni to form the band that we have now.

Harry: Anything, we’re really easy going, but if you’re reading this and ever intending on booking us, then lots of beer please.

NR: What other talents do you have? (kazoo playing, champion toast burner….)

Darragh: I’ve learnt to make good pizza over lockdown to be fair… and I’d say Harry has one of the best eyes for seeking out animal print shirts in the UK.

Harry: Rostam would be an amazing producer to work with, the new Haim album sounds incredible. The production totally rocks.

Harry: “Big beats are the best, get high all the time” – Superhans, Peep Show

Darragh: I learnt from Mary Berry you can put frozen veg in with pasta to boil so you only use one pan – game changer.

NR: What’s the nicest thing that’s ever been written about you?

Darragh: “You’re a good guitar player… you don’t play anything fancy, just what the song needs” 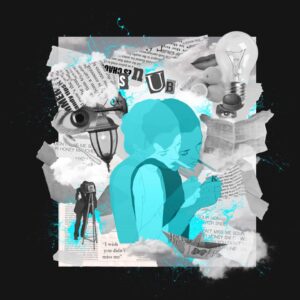 Harry: Queens of the Stone Age, not because we’d especially fit the bill but backstage would be an experience in itself.

Darragh: Shannon and the Clams, Yazmin Lacey and Lucius (who I recommend to every single person I meet)

Harry: World domination, but tbh we’d settle for a gig

Darragh: A pint at the Old Dancer in Wilmslow.

NR: How have carried on with the creative output in lock down?

Harry: Demoing every possible chance, sharing new music with each other and trying to just keep working at it as best we can.

Darragh: I’ve been practicing loads too, just technique and stuff…and I did Noel Fielding’s art club every week.

Harry: It’s disastrous for pretty much everyone,  but whereas a lot of industries have the ability to bounce back, the music industry relies so much on face to face contact and getting in a sweaty venue. Unfortunately not many people are going to want to do that until this is over. For artists it’s just a change in approach rather than a total shutdown, but when this is over venues will need support from everyone to help get back on their feet.

Darragh: I’m just hoping people will appreciate it all the more when the world starts spinning again.

Harry: We’re all from different areas of the UK, Harry and Rhys are from the Midlands where nothing really happens, Chris is from Nottingham where some awesome venues like Rock City and Rescue Rooms exist, and Darragh’s from Macclesfield home of Joy Division and the UK’s coolest underground venue MASH.

Darragh: Yeah, to be fair Macclesfield has a buzz, like Cassia, the Virginmarys, Racing Glaciers are just a few bands from recent years. Then there’s places like MASH, and Trackside Studios, Big Red Studios, AMP Guitars that all facilitate it which is awesome in a town like Macc.

NR: Talk us through the new track?

The new track ‘Snub’ is a song about feeling nothing at all towards a relationship, you don’t feel angry, happy or sad. We wanted to give a real feel of nostalgia with the music and to give a sense of build and release towards the end of the tune. By the end we want everyone at the venue to be screaming the lyrics along with us.

Our website is up and we’re selling some T shirts designed by us www.sourhoneyband.com and we’re on all social media