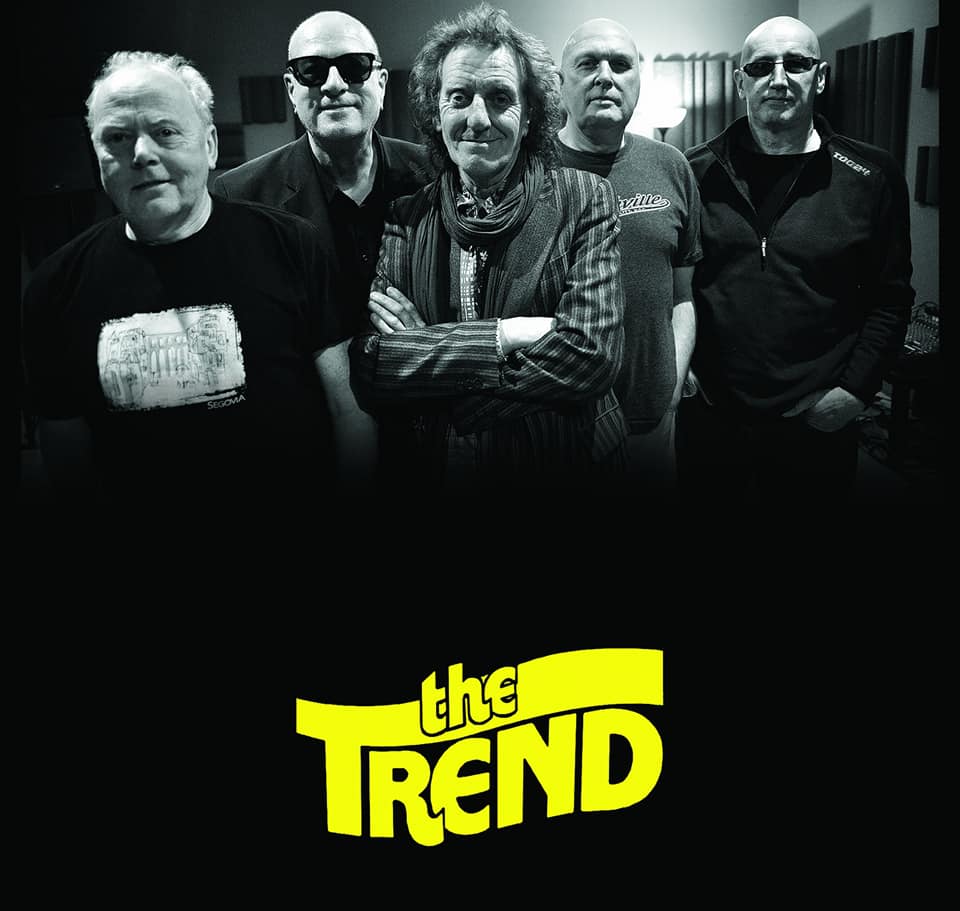 The Trend formed in Manchester in the 70s and took to the stage with some of the greats. In 2016 they were offered the opportunity to do a reunion gig which led to them permanently reforming.

Their new album Bella Vega combines huge anthemic tunes with catchy melodies that are the staple of The Trend’s power pop sound.

We caught up with lead singer Rev and this is what he had to say!

Northern Revive: Introduce yourself in less than 10 words..…

Rev: Rev. Lead Voice and one of five songwriters in The Trend.

Northern Revive:What made you want to get into music?

Rev: Quite simply I was asked would I be interested in joining the Parish Church Choir when I was 10 years old.
The teachers must have heard me singing and the vicar came in to speak to me. I’m not at all religious and wasn’t then, but the music got to me man.
I fell in love with it and pretty soon was interested in playing an instrument and started on guitar.
That was it. I was well and truly hooked.

Rev: We are very lucky in the fact that we have set up our own 24 track studio in our rehearsal room. Quite simply we record everything from an idea for a riff to full verses and choruses. This enables the band to edit all the various ideas we have individually come up with and start arranging them into a formal structure.

Rev: There are so many different ways to songwriting that I don’t know where to begin. Within The Trend it can be a number of ways but to put it quite simply one member will have an idea or lyric for a song which we then jam around and manipulate it into a suitable fashion.

As I said previously having our own studio is so helpful for this process. I’ve said before it’s a bit Pink Floyd but it works for us as I hope the finished songs on the album show.

Northern Revive:How did you all meet?

Rev: The Trend formed in 1978 during the heady years of Post Punk Manchester. We released our debut single in 1979 reaching number 20 in the indie charts and single of the week in Record Mirror. This soon attracted the Major Record Companies and we signed a Worldwide contract with MCA Records. After releasing three singles and touring around Britain a couple of times the group disbanded.

In 2016 we were contacted by a major promoter asking us to do a one off show. Having never played together as a band for many years we were amazed how well it all came back together.

Since then we have released our retrospective Album “ Woodseats Lane “ in 2017, our EP “And One and One Makes Three “ in 2018 and our new album “ Bella Vega “ came out in April of this year.

We have also been on three compilation albums most notably “ Harmony in My Head “ alongside the likes of Buzzcocks, Costello and Squeeze to name a few. 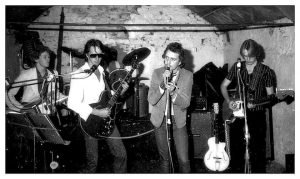 Northern Revive:What would be on your rider?

I’d like to give you a more Rock n Roll answer but my restraining order from the Parole Board forbids me.

Northern Revive:If you could change anything about the industry what would it be?

Rev: I think in an ideal World we would have a situation where Record companies could offer more to develop young talent.

It’s always been a cutthroat industry but it seems even more so these days.

Also the digital platforms need to rethink the payment structures. You just can’t earn a living from downloads and streaming unless you are Adele.

Northern Revive:What’s in store for you when all this is over?

Rev: We will be going straight back in the studio to start work on the follow up to Bella Vega.

We have already started on some ideas for the next album which will be even bigger and better than this one.

Expect more hooks than a night on Grimbsy Docks before the next tide.

Northern Revive:How are you coping with lockdown?

Rev: Awful. On a personal level I’ve found it very hard to get myself motivated.
I know bands have been writing and stuff but it was difficult at first to not watch the news and worry yourself sick.
Of course now musically the big worry is what is going to happen to musicians post lockdown.
I get the feeling that as ever we will be the last in the queue.

Northern Revive:What’s the scene like where you are from?

Rev: I’m a Manc. Come on now. The greatest musical City in the history of Rock n Roll.

From The Hollies to the Happy Mondays we have a rich and versatile heritage which is something most Manchester musicians are incredibly proud of.

Check out their album Bella Vega out now!