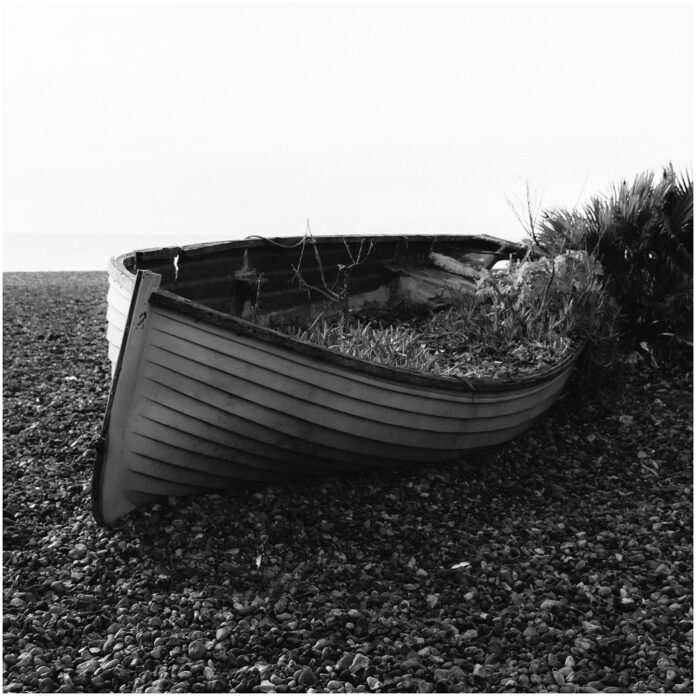 Ambient-folk collective TINDERBOX from Hull have announced that they will be releasing their debut single SALT featuring Yorkshire based singer/songwriter ALICE SIMMONS.

The collective takes influence from an array of artists including Ben Howard, Another Sky, Half Moon Run, and Lucy Rose. The project is born from a passion for collaboration and an aspiration to learn new skills. It aims to showcase the voices and lyrical talents of a handful of the most dextrous female and male musicians currently gracing the UK music scene.

The project will be unveiling a string of new singles throughout 2021 in an effort to explore the dream- drenched plains of ambient folk, whilst layering the music with a beat-infused coat and diving into a number of unspoken subjects.

Speaking about the new SINGLE, the collective said: “Salt is a song about deontology. The consequences of following the rules in the context of people’s relationships with their family, friends, and loved ones. These consequences can be damaging and confusing, but this song aims to open these situations up for discussion and exploration. The music itself is years old and was rediscovered in recent months and the collective found a new home for this particular avenue of sounds by reinventing the compositions with raw and fresh ideas.”

This first offering from TINDERBOX embraces the elegant talents of Yorkshire’s ALICE SIMMONS. Alice’s honest lyricism offers a personal touch to SALT displayed through her gracefully spacious melodies and smoke-infused delivery. She has often been praised for her advanced and evolved songwriting ability which is said to be “way beyond her young years”. Simmons is a recognised feature within the Yorkshire music scene harnessing comparisons to the likes of London Grammar, Portishead, and Florence + The Machine. Her individualistic, outstanding talent brings a whole other world to the TINDERBOX universe.

Pretty much, I’ll get the foundation of idea for the song down, which is usually guitars, and then add  what I think it needs from there. This usually comprises of a few synths, a lot of texture, a couple of  lead parts and sometimes some bass and/or drums. It really depends on the vibe of the song and how  I envisage it turning out. I also have to be considerate of the fact someone has to write and sing lyrics  over the track so I try not to make it too busy until I have something solid in terms of vocals down.  Then, I think about who’s voice and writing style would fit the song best, get in touch, and record/write  some vocals! At which point, the song is pretty much finished. Sometimes it needs a few splashes of  colour but usually that’s the finish point.

More. Female. Representation. So many festivals could do SO much more to fix this issue. I don’t  think it’s particularly hard to achieve equality in a festival line up. Glastonbury did it for their 2019 line  up and there are hundreds of thousands of incredible female artists out there like, book them! A lot of  the line ups being announced right now like Reading+Leeds, Victorious, and Isle of Wight (plus loads  more) are just dominated by males. It’s just so sad to see cos there is so much talent out there.

I’ll also say streaming services literally rip the living soul out of all upcoming musicians. They don’t  pay anyone nearly enough. I remember my first royalty statement and one of our tracks had been  played 84 times in a month or something and it made us 57p. Like eh?? If 84 people had downloaded  that track on Bandcamp, we’d have £84 which is more than a tank of petrol to a gig. It’s criminal.

If you could collaborate with any band / person / producer who would it be? A lot of the people I’ve wanted to collaborate with for ages, I’ve managed to get on the songs I’m  doing with this project. Alice was someone I’ve wanted to work with for ages. Her music is ace and  she’s a real gem in the Yorkshire scene. Kitty VR as well I’ve managed to pin down for a different  song later in the year. I’ve been trying to sort that out for years and luckily it was the perfect time when  I asked. I’m really into Laura Marling at the moment as well, her songwriting is beautiful and I’m just  totally hypnotised by it. It would be a real dream to work with her.

Prepare yourself for people to say no to you ninety-nine percent of the time. Every time you email  someone, apply for a gig, apply for a festival, apply for funding, try to book someone, the answer is

almost always no. Someone told me early on to expect this and it really grounds you. Helps you move  onto the next thing.

Ben Howard would be a complete and utter delight. I’ve always looked up to him. His music is so  incredibly delicate, adventurous, and beautiful. I also love that fact that he literally doesn’t care what  people think of him or his music. He’s driven himself into a position where he has total creative  freedom. I have a huge amount of respect for him.

What other artists do we need to be checking out right now?

There’s this incredible guy called Knomad Spock who’s just put his debut record out last month called  Winter of Discontent and it’s one of the best things I’ve ever heard. I can’t sing his praises enough,  he’s one of the best songwriters of this generation. You should one hundred percent be listening to  Kitty VR as well. She’s got the voice of an angel and some incredible songs. Really loving Warpaint’s  latest offering too. They’re such a fantastic band, always loved whatever they come out with and can’t  wait for their next record. It goes without saying you should go and check out Alice Simmons’ solo  stuff too. Her songwriting is ace and extends way beyond the bounds of Salt.

Honestly, no idea haha. This project started as a new collaborative adventure in an attempt to try and  showcase some of the incredible talent that I have the pleasure of knowing. I’ve not really thought  about performing it live but if I found the right people, I’d love to put on a gig with all the different  vocalists featuring in a kind of Massive Attack style show. That would be cool. Other than that, I’ve got  a busy year with my other band Bloodhound. We’ve got album number two in the works and heavy  year of touring so I’m looking forward to getting to work on that.

I can never sing Hull’s praises high enough. It is one of the most incredible places in the bloody  universe. There’s so much talent here and so many different types of music floating around. It’s a  really diverse scene to be involved in and I’m so incredibly happy that people like Chiedu Oraka (who  I’d also love to work with one day), Low Hummer, Fever, and Bdrmm are finally getting the recognition  they deserve because Hull is the best! The thing that really makes it though is the community.  Everyone involved in the scene as a musician, promoter, audience member, whatever, everyone is  like family. There’s always a familiar face and a welcoming arm. I couldn’t wish for a better scene to  be involved in and I could ramble on about it for ages as well…

Salt was one of the first ideas that I worked on for this project. I was flicking back through some old  voice memos and finding these cool riffs that I just had no idea what to do with. This one felt like a  good one to start on and it felt nice and spacious too. Loads of room to experiment. The song itself  revolves around the idea of deontology. The consequences of following the rules and the concept of  that in the context of relationships you have with other people. Alice came up with this idea of using

the Dead Sea as a metaphor. That’s where the name came from. The Dead Sea is poisoned with so  much salt but it keeps you afloat so you can’t drown. It’s like you’re depending on the salt to keep you  afloat but then you have gravity that’s also trying to drag you down. It’s like being stuck in a limbo of  wondering what the right decision is and the toxicity of relationships.

Where can we find out more? (also flog us some merch we love tees…..)  We haven’t got much in the way of merch at the moment sadly. If you sign up to the singles club that  Fast & Bulbous (the label who have released the song, THANK YOU GUYS) have set up, there are  some hand-drawn postcards that me and Alice have designed that you will receive as part of the  subscription. Hopefully, once there are a few more tracks out, I’ll put a little CD together… You can go  and follow us on all socials and find music etc. at linktr.ee/+nderboxhull and Alice Simmons is just Alice  Simmons across all socials. Thanks for having us! x