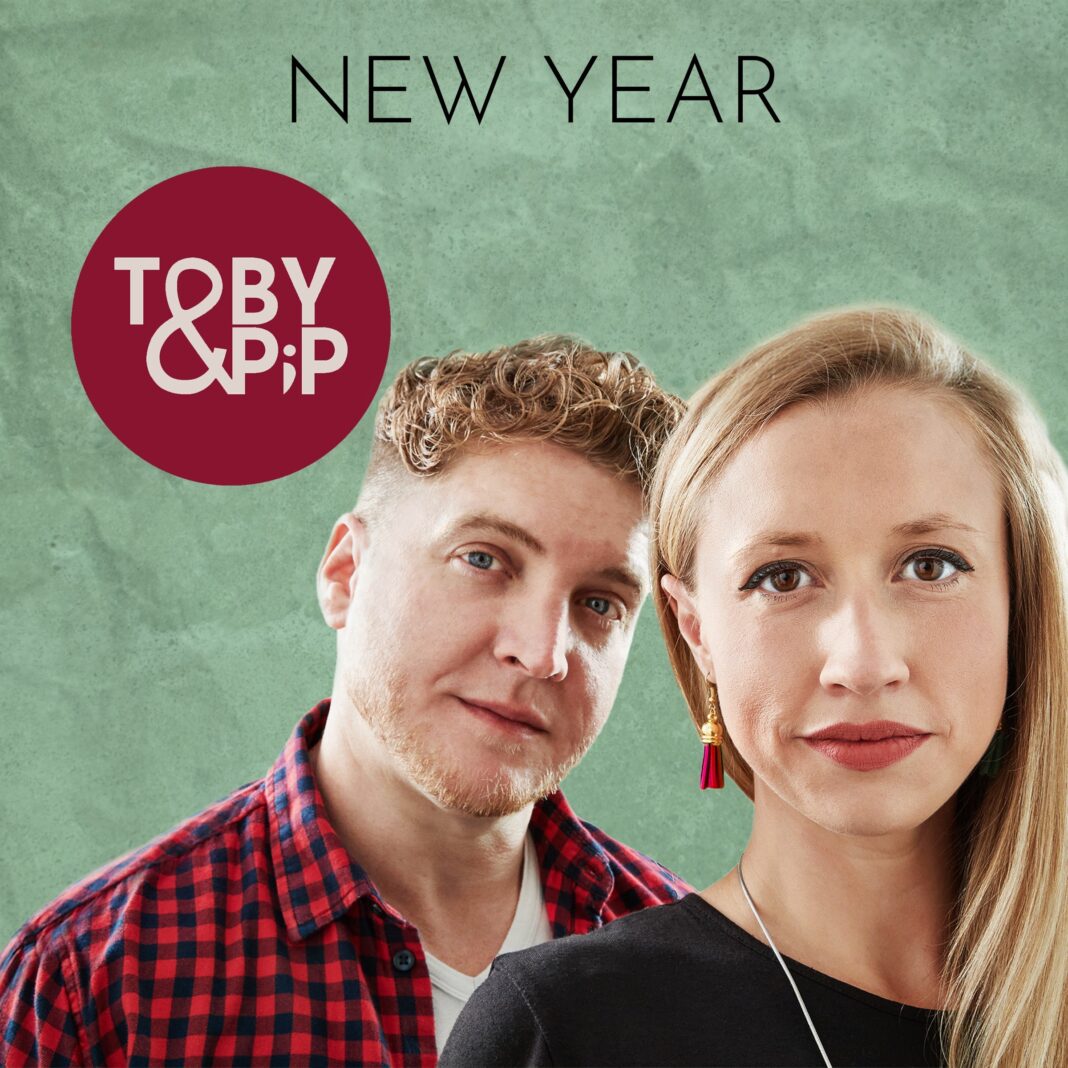 Toby & Pip are a London folk-pop duo who are also are a married couple. They have been making music together since they met ten years ago.

Pip has a music degree and is a multi-instrumentalist and singer who took up the Ukulele when they went traveling after getting married. Toby has been writing songs & playing guitar since 2002 and as a solo singer-songwriter has released 3 EPs & played some of London’s best live music venues & shared the stage with great bands and artists likes The Dunwells, Tom Chaplin, and Philippa Hanna in the UK as well as The Brevet and several other up & coming bands in the US.

We caught up with the duo following on from the release of their new single ‘New Year’:

T: We’ve both been into music our whole lives! Pip grew up playing violin & piano & surrounded by music as her dad is a composer. She did a music degree at University & worked in the classical music industry managing artists for several years. I’ve been a singer-songwriter since I learned guitar at 17, but before that I sang in choirs, played violin in school orchestras & had piano & drums lessons before discovery guitar. So we’ve always been into music, but only recently started releasing music together as a duo.

P: Toby writes the core of the songs & brings them to ‘the band’ (me!) & together we work on the harmonies & arrangements.

T: Music generally comes first, but sometimes the skeleton of the song can come from a lyric, an idea or general theme. Usually there’s a key emotion of some kind that I try to focus on which becomes a melody and/or chord progression.

T: We met at a wedding of a mutual friend. Started as lovers, then became a band later, haha

P: It’s funny because we went to the same Uni but never met while there! We realised after meeting that we had spent a week in very close proximity as Toby was in a musical theatre show that I was playing in the orchestra for! Pretty crazy we didn’t meet then & it took us another 4 years to actually meet!

P: Bush Hall in 2018 – venue was packed out and it was a great attentive audience who really loved our music. First time we’ve been asked for autographs too which was fun!
T: I would say the gig we played at a rooftop bar in California called ‘The Fifth’ which was an awesome night!

T: Hmmm… at the moment it would be a baby sitter as we have a 4 month old & Pip is still breast-feeding so the baby comes everywhere with us, but not on stage. We brought our own babysitter to the last gig we did (HotVox livestream show at Cargo Rooms) which worked out well, but if we were given a rider perhaps we would put childcare on there! And Popcorn, I love popcorn!

P: Access to cups of tea! I love tea!

What other talents do you have?
P: Toby is a certified drone pilot which is pretty cool.

T: Pip has a real love of, and talent for building flat-pack furniture!

If you could open for any artist who would it be?

T&P: We would probably have to say Oh Wonder! Or The Shires as we love their music and they are both duos who have inspired us. We also are big fans of Allman Brown & JP Cooper so either of them would be cool to open for too!

P: We’re excited to get back on stage & play some live shows!

T: Absolutely, we’d love to try & play at some festivals too so we’re on the lookout for opportunities to do that. We also didn’t get to finish our music video for ‘New Year’ due to lockdowns, so be good to finish that!

P: Being at home with a toddler & a new baby whilst trying to make a living & make music is hard but we have enjoyed having the time together & being able to focus on our music as well as our family.

T: We’ve had our ups & downs like most people, but we’ve been trying to speak to friends every day & exercise to keep our bodies & minds active. We play an online board game with friends once a week & I play poker online weekly with friends too – those have both been great – I think it’s so important to have social time with friends.

P: We also have some Tees & Tote bags on our website shop here:

Toby: We’ve released 3 singles now, our latest is called ‘New Year’ which is a song about spending New Year’s Eve with the one you love. I wrote it after we spent NYE at a friend’s wedding a few years ago & I got to thinking about how we had spent NYE together, either alone or with friends ever since we met (11 years ago now!). So it’s a love song essentially but looking at our relationship from a 360 degree perspective, from reflecting on first meeting to thinking about growing old together.

Pip: Our previous single which was released in November 2020 is about parenthood & was written for our daughter Josie. It’s all about trying to do the best you can for your child & navigating the mystery of parenting for the first time & the emotions that come with that. Toby is a tech geek & since she was born has been recording one second videos of her everyday so we decided to use those to make the music video which you should check out!