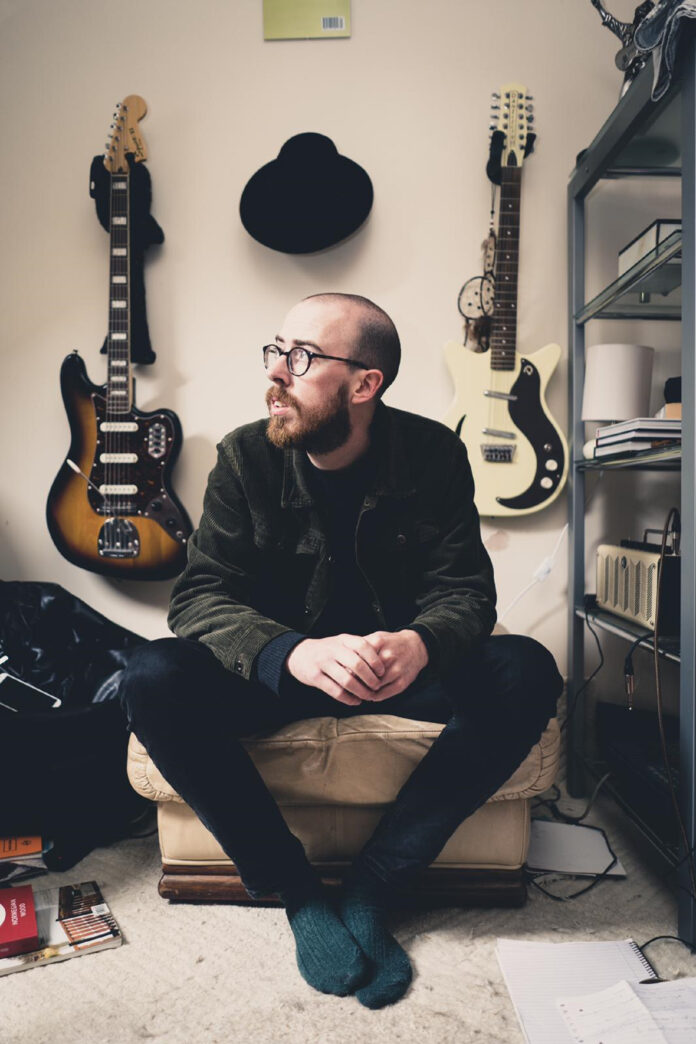 Tom Welsh has been an active part of the music scene for around 10 years as a solo artist and as part of various bands. It’s taken him a long while to put out some releases but it’s been well and truly worth the wait.

He’s made his debut with the double A side featuring the singles ‘Everything That Might Be’ and ‘Time Runs Away With You’. Everything That Might Be focuses on the unhelpful tendency to shut oneself off whilst expecting people to break through to us. Time Runs Away With You comes from the desire to hold onto the good whilst delaying changes in our life. Tom is a natural story teller and this comes through in his music. Let’s find out what he had to say when we caught up with him.

Tom Welsh: I just write and sing songs the best I can.

TW: I think it’s just a natural progression of finding yourself through music and then picking up a guitar to join your idols.

TW: One thing I never do is push it, or have any preconceived idea for a song. I just generally have an instrument with me most of the time and sometimes bits of tunes happen. Generally, the ones that turn into fully-formed songs do so because there’s a few lines that come out of my subconscious that lets me know what I seem to be trying to say.

TW: Usually snippets of lyrics come at the same time as the music, but then the music and structure get finished first and I just let the lyrics come to me over time normally. I kind of see the whole picture straight away but then have to complete the puzzle, and I’m not one for sitting and finishing it in one go usually. I just believe it’ll come to me at random and so far it always has, and it also means there’s always a load of unfinished tunes going round my head to occupy my mind.

TW: I’m currently on my ‘mega writing’ playlist on Amazon, and it’s on Les Fleurs by Minnie Riperton. I’m not really having her other stuff, but what a journey that tune takes you on. 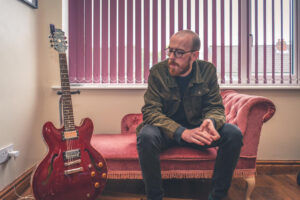 TW: This is more down to my own ways, but I think the need for constant self-promotion and displays of confidence on social media means we miss out on the more insecure amongst us.

TW: Brian Wilson. I’d happily spend the rest of my days with him in the studio building up 20-part harmonies and recording bicycle bells.

TW: Some of the songwriters on the Manchester scene are unbelievably good and should be lauded as such. But just so I don’t end up reeling off a load of names, I’ll recommend James M Carson – I believe he’s got an album out very soon. He’s one of the best songwriters I’ve ever heard and everything he’s done is up there or better than his influences, who I’d guess include Big Star and Teenage Fanclub if you want some context.

TV: Currently I’m wanting to release as much music as I can, so I can hopefully be well-placed to get some decent gigs and travel about a bit with my music.

TW: Everything That Might Be and Time Runs Away With You are intended as a double A-side as an introduction to what I do.  I think the lyrics say a lot about me and why I’m only just releasing stuff now after 10 years or more of writing, but really they were just new tunes I thought I’d test the studio out with.  Happily, I think we hit on something with the sound and the of-the-moment approach to recording, so one of the best things to come out of this is a future working with the producer (Kevin Foy) and all the tunes to follow.

Everything That Might Be and Time Runs Away With You are out now!