Introducing Ty In the Building, aka the Detroit based rapper with layers of character! 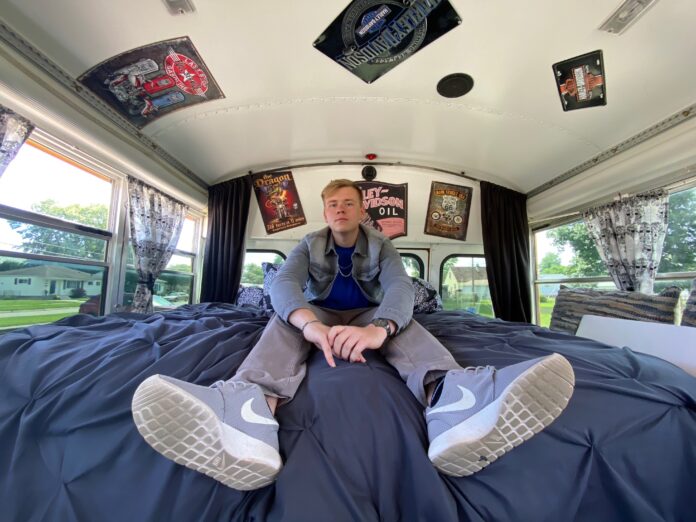 Teaming up with iconic rappers Sada Baby and BabyTron for his finest release to date, emerging artist TY in the Building returns with an electrifying new release, ‘Vice Avenue’ on August 20th. Based in the Metro Detroit area, TY dropped his debut mixtape ‘The Awakening’ in 2017 and built a name for himself around the local area. Consistently dropping singles every month, it’s safe to say that TY is a serious contender in the world of hip-hop, rap and pop. With over 50,000 streams on Spotify alone, TY is an artist that clearly means business. Speaking about his self confidence and relentless work ethic, TY’s music is relatable and tells the story of his life and relationships. Energetic and confident, “Vice Avenue” is a powerful offering with a memorable, comedic hook. Summarising the new anthem, TY shares, “Vice Avenue is just about having fun at a party or in the club.

My Names Ty, and I make bangers haha

-Just the emotions that music brings out of me. I wanted to bring those emotions out in other people with my songs. Rather it’s an Inspiring go hustle mood, or a sad relatable mood, or a fun exciting mood that’s my favorite part how it can affect how you feel.

I did my own show at The Diesel Concert Lounge in my hometown a couple years back, it was great because I felt so accomplished doing it on my own. I printed the tickets, booked the venue, recruited other local talent, promoted it, sold merch and had a blast on stage. We ended up having like 300 people show up so I’d say it was a success.

Video Games. You do not want to go against me in a FPS or a sports game like Madden or 2K that would be your downfall haha

Drake, but on a rapper vibe id love to go bar for bar with the GOAT

Oh well over What if.

The scene in Michigan is crazy. The sound is so unique, gritty, dark, I grew up on that I love it. A lot of shit talking and a lot of bosses in D-Town

How Vice Avenue came about, I was in my room looking through beats like normal and I came across this one, and I felt like it was different from what I normally do but I loved the sound it had. It reminded me a little of a Detroit style beat but it also reminded me of GTA Vice City with the synths it has like a 80’s Miami Club. So, I wrote my two verses and the hook and I liked the way they came out, but it still sounded empty. I don’t normally do a lot of features in my catalog but I knew it would bring so much energy if we had one or two more people on here. We Contacted BabyTron’s Manager Lando from The Hip Hob Lab shout out to those guys, Tron came in the studio I worked at and absolutely bodied his verse. Then I was thinking you know what? Sada Baby would sound crazy on this one but I didn’t think I could get him on it. We contacted his people, he sent me his verse about a week later, shot the video a month after in a Club on the west side of Detroit and it was history. Vice Avenue is just about being in a club or party and having a good time. I just wanted everybody to not overthink It, do them and have fun on their verses.