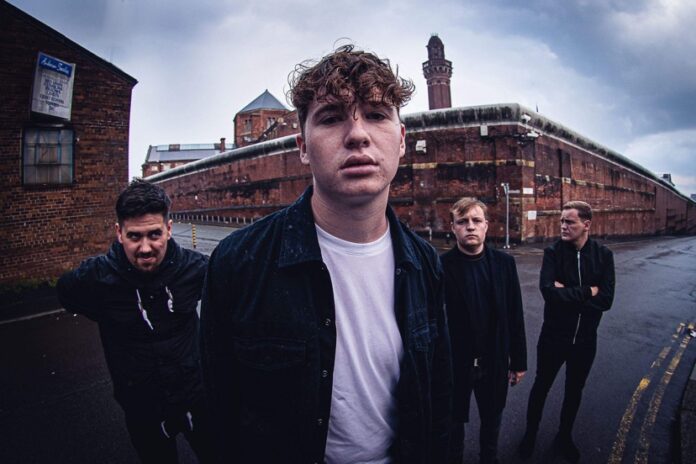 Eschewing the arrogant indie boy swagger often seen in Manchester, in favour of something much more encompassing, Bury-based four-piece Urban Theory have been plying their trade since 2016, their idiosyncratic blend of snarling punk, dark new wave and indie rock catching the attention of Manchester’s music industry almost from the word go.

Five years later, and the band now need little introduction. Having sold out shows at across of city centre venues, whilst supporting notable Manchester names such as ist ist, it’s clear that the four-piece are far more than a flash in the pan.

It’s not just on stage the band have turned heads however. With previous singles such as ‘Mandy’ and ‘Weekend Offender’ garnering support from the likes of XS Manchester and BBC Introducing, the band are obviously doing something right.

And new single ‘Dirty Faces’ looks set to do the same. Coming quickly off the back of previous single ‘A Poet’s World’, ‘Dirty Faces’ is three and a half minutes of brooding post-punk, singer Alexander Quinn’s yearning vocal delivery is tethered only by a cloying a steadfast bottom end.

A far cry from the band’s hedonistic early material such as ‘Fishbowls and Headfuckers’, ‘Dirty Faces’ is the sound of Urban Theory looking ahead to the future, and taking the first confident steps to get there.